Blockade of Odessa: "For the countries which no longer receive our goods, it is a question of food survival"

Almost immediately after the start of the conflict in Ukraine, Russian forces imposed a blockade of the port of Odessa in the south-west of the country. This crucial infrastructure for the country's economy and… 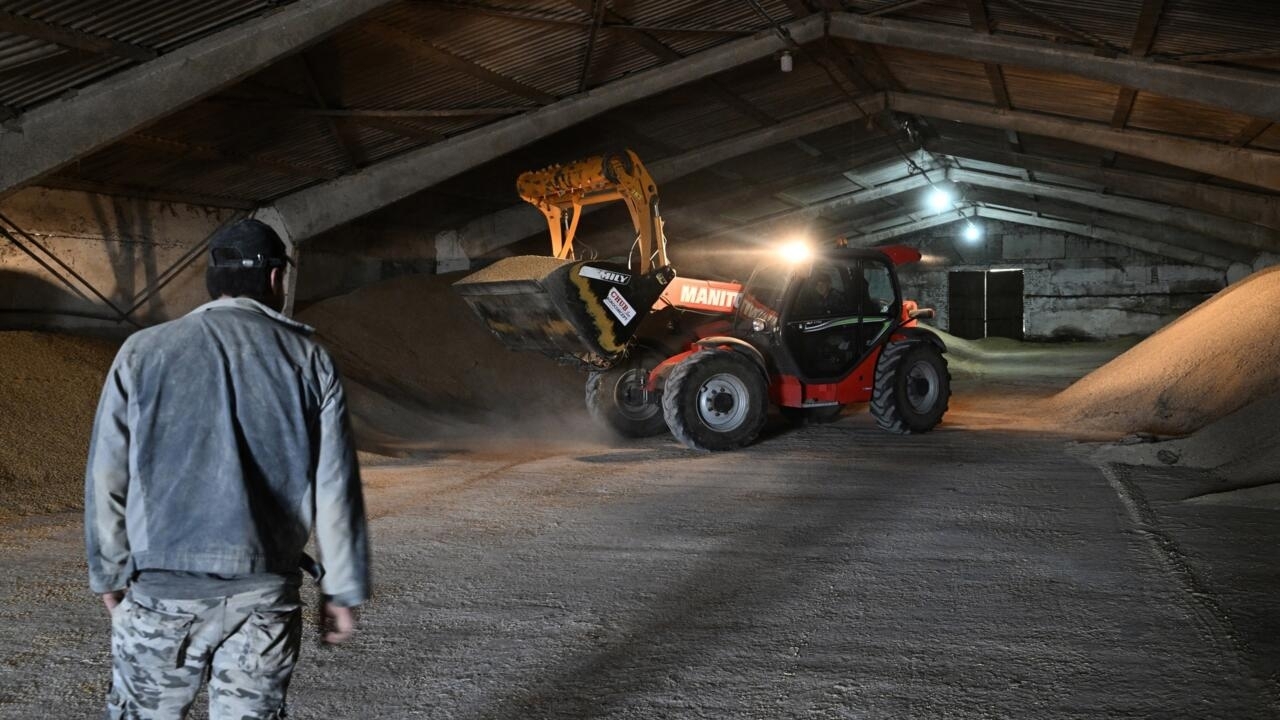 Blockade of Odessa: "For the countries which no longer receive our goods, it is a question of food survival"

A worker drives a tractor to move seeds to feed animals on a farm in southern Ukraine, in the Odessa region, on May 22, 2022. AFP - GENYA SAVILOV

Almost immediately after the start of the conflict in Ukraine, Russian forces imposed a blockade of the port of Odessa in the south-west of the country.

This crucial infrastructure for the economy of the country and the world allows the export of millions of tons of foodstuffs each year.

Tuesday, May 24, the heads of American and Ukrainian diplomacy discussed in particular the means of getting Ukrainian cereals out of the country.

To discuss this situation, our special correspondent Sébastien Németh interviewed Alla Stoyanova, head of the agriculture department of the Odessa military administration.

RFI: How important is Odessa for the Ukrainian economy?

: The Odessa region is the gateway for all the country's exports.

It is also a region with strong agricultural potential.

Most of the grain harvested in the country also leaves from Odessa.

The country is number one in the production of sunflower oil for example.

So you imagine that everyone was very worried when the blockade was put in place.

He's been there since the first day of the war.

But we do our best to find alternative solutions.

We have reorganized our circuits to be able to transport our production by train, by road and by using the small river ports.

In April, we passed the one million mark.

For May, we hope to reach 1.5 million tonnes.

Are these alternative solutions sufficient to sell your production?

No, because our total export potential is equivalent to 5 million tons per month.

Of course, every day we try to increase our export volume.

But it's not enough.

Last year we harvested 107 million tonnes of grain, it was a record year.

But the national consumption of

does not exceed 20 million.

Today we have 25 million tons of goods on our hands and in three weeks there will be a new harvest.

What solution do you have left to improve the situation?

Today, we only have two solutions if we want to resume exporting by sea.

First, with a military victory for the Ukrainian army which would allow the port to be unblocked.

Or, that world leaders change the game and help us liberate the site, even if it means through [external] military intervention.

For Ukraine, it is an economic issue, not food resources.

Because we produce more than we need.

But for the countries that no longer receive our goods, it is a question of food survival.

In some African countries, people are suffering from famine.

And let's not forget that the UN uses our cereals in 50% of their missions.

This conflict has been going on for three months and there is no economic benefit for anyone.

Three months is a long time.

Today, Europe and the United States understand that if this war lasts for years, it will be a catastrophe for everyone.

First for those who consume our goods.

But also for the countries of Europe which today welcome our refugees.

Europe is not prepared to keep the refugees beyond the end of the year.

His budget won't allow it.

If we could export everything we have, the situation would be much better.

But for now, our economy is slowly starting to struggle.

The consequences of this blockade are felt around the world.

There is an inflation of food products, of energy.

If we don't resume exports, as the next harvest approaches, we will have 80 million tonnes more on our hands.

And there will be a catastrophic shortage in the world.

This is why we hope that the war will end this year, with Ukraine obviously victorious.

How are Ukrainian farmers coping when their products are no longer exported?

Of course, they are worried.

But we very much hope that the army will achieve a quick victory.

In the meantime, we are looking for alternatives to store.

Because today, our farmers are afraid to come to the ports to deposit their goods in the silos.

But there are other ways of storing, such as in sheds on the plots of the farmers themselves.

Sheds that we will help provide.

Obviously, this type of storage is not as modern as in ports.

Grains must be stored in a certain way, in an environment where air quality and humidity are controlled.

In a place protected from diseases, pests.

However, farmers can only do one thing and that is to secure the site.