After the new leaks, Washington denounces the repression of the Uighurs in China and Germany is reviewing its policies

The United States said that leaked Chinese data on the suppression of the Muslim Uighur minority in China reveal that mistreatment is likely to be approved by the highest levels of the power hierarchy in Beijing. 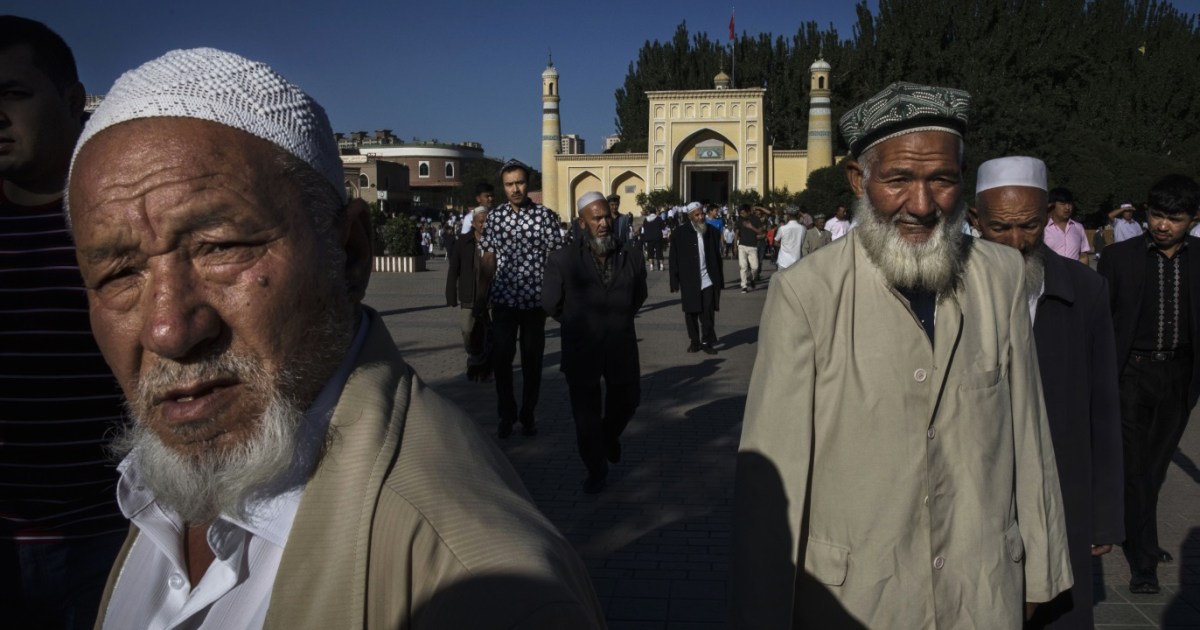 The United States said that leaked Chinese data on the suppression of the Muslim Uighur minority in China reveal that mistreatment is likely to be approved by the highest levels of the power hierarchy in Beijing.

Commenting on the leaked files attributed to the Chinese police, US State Department spokesman Ned Price said, "We condemn this information and these shocking photos."

"It is hard to imagine that a systematic effort to abolish, detain and wage a campaign of genocide and crimes against humanity does not have the blessing or approval of the highest levels of the government of the People's Republic of China," he added.

"Let us, and continue to call, (China) immediately release all those arbitrarily detained, abolish detention camps, and end mass detentions, torture, forced sterilization and the use of forced labor," Price said.

The leaked documents attributed to the Chinese police, including thousands of photos of detainees, including women, minors and the elderly, shed light on the situation of Uyghur Muslims in Xinjiang.

These documents were published by a group of 14 international media outlets, including the BBC and the French newspaper Le Monde.

An anonymous source sent the documents to German researcher Adrian Zenz, who was the first to accuse the Chinese regime in 2018 of detaining more than one million Uyghurs in "political re-education centres".

Beijing has long denied the presence of this number of people in the centers, denouncing what it considers "the lie of the century", and stressing that these camps are in fact "vocational training centers" aimed at combating religious extremism after a series of bloody attacks in the region.

However, documents published on Tuesday show that the presence of "trainees" in these centers is not voluntary.

Zenz told the BBC that the documents "blew up Chinese propaganda".

The documents include more than 2,800 ID photos of detainees, including Zeitungol Ablehet, a 17-year-old girl who was arrested for listening to a prohibited speech, and Bilal Kassem, 16, who is apparently convicted of his ties to other prisoners.

The oldest on the list is Anihan Hammet, a skinny and confused woman in the photo, who was 73 when she was arrested.

Another picture shows guards with batons trying to control a prisoner in chains.

The written documents prove the hypothesis of organized repression by the Chinese head of state.

Uighurs make up about most of Xinjiang's 26 million people.

On Tuesday, Chinese Foreign Ministry spokesman Wang Wenbin said that the documents are only "a modern model presented by anti-China forces to discredit Xinjiang" and "to spread lies and rumours."

In response to the leaks, the German government's commissioner for human rights, Luise Amtsberg, called for a major change in Germany's policy toward China.

On Tuesday, German Economy Minister Robert Habeck said that Germany is changing the way it deals with China and will give high priority to human rights issues.

"It has long been clear that while China is a major trading partner, there are problems, including with respect to human rights," Habeck said in a statement.

Habeck added that Germany is seeking to further diversify and reduce its dependence on China, and will carefully study requests from German companies that want to invest in China to be completely away from human rights abuses and forced labor in the supply chain.