“The future belongs to our own education system”: the Ministry of Education and Science announced plans to abandon the Bologna process

The Bologna system of education in Russia should be treated as a lived stage, said the head of the Ministry of Education and Science Valery Falkov. According to the minister, the Russian Federation will create its own system, which will be based on the interests of the national economy and the maximum space of opportunities for each student. Recently, a number of statesmen and experts opposed the Bologna process aimed at unifying the standards of higher education in European countries. Thus, Viktor Sadovnichy, rector of Lomonosov Moscow State University, emphasized that it is a five-year specialty that makes it possible to train fundamental professionals. At the same time, analysts note that the rejection of the Bologna system will not mean the complete rejection of the “bachelor’s – master’s” model. 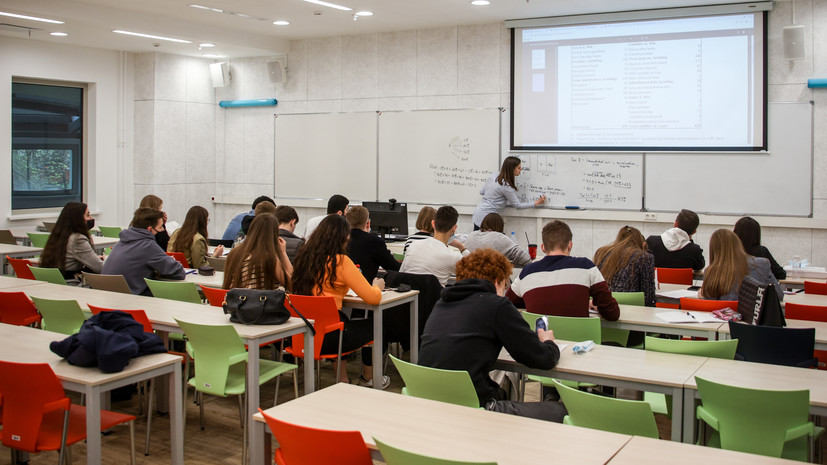 The head of the Ministry of Education and Science of the Russian Federation Valery Falkov urged to treat the Bologna system of education as a lived stage.

Commenting on the prospects for this process aimed at harmonizing the education systems of different countries, the minister, in an interview with Kommersant, noted that Russia will have its own approach.

“The future belongs to our own unique education system, which should be based on the interests of the national economy and the maximum space of opportunities for each student,” Falkov emphasized on Tuesday, May 24.

Later, the Ministry of Education said that abandoning the Bologna system and switching to specialist programs could improve the quality of teacher training throughout the country.

The press service of the ministry explained that for many years the pedagogical higher school relied on the specialty as a classic proven format that gave future teachers the completeness of subject knowledge and made it possible to fill the program with relevant skills that meet the challenges of the time.

“With the transition to the Bologna system according to the “bachelor’s – master’s” model, specialties and an indication of a specific qualification disappeared, which created certain difficulties in the labor market, since the qualification “bachelor / master of pedagogical education” did not correlate in any way with the specific profession “subject teacher”, - TASS quotes a message.

The Ministry of Education emphasized that with the transition to the Bologna system, the general ideology of training has also changed in the direction of strengthening the general and reducing the profile, especially the subject, part.

The ministry noted that in order to remedy the situation, with the participation of the professional community, the program "The Core of Higher Pedagogical Education" was created, which contains uniform principles and approaches to the training of teachers with an emphasis on specialty.

The “Core” itself is ready for implementation in pedagogical universities from September 1, 2022,” the department added.

Criticism of the Bologna system

In 1999, in Bologna, the ministers of education of 29 European states signed a declaration that consolidated the so-called Bologna process, in which countries strive to standardize education systems (primarily higher education) and build a common European educational space.

At the same time, the process is open to the participation of third countries: Russia joined it in 2003, and now 49 countries, including the republics of the former USSR, are participating in the movement.

In 2007, a law was signed on the introduction of a two-level model "bachelor's degree - master's degree" into the higher education system of the Russian Federation.

At the same time, the participation of the Russian Federation in the Bologna system systematically became the subject of discussions and disputes.

Statesmen and experts in different years assessed this decision differently.

So, the rector of the Lomonosov Moscow State University, Viktor Sadovnichy, said that he was and remains an opponent of the Bologna system.

During the conference on the development of complex cooperation between Moscow State University and DonNU, he emphasized that it is a five-year higher education that allows training fundamental specialists.

“A bachelor’s degree, on the one hand, creates additional opportunities to graduate quickly and choose a path further:“ It depends on you, they say.

But our mentality is a little different, so I’m not a supporter, ”TASS quotes Sadovnichy.

Another negative assessment of the Bologna process was given by Nikolai Patrushev, Secretary of the Security Council of the Russian Federation.

In an interview published on May 24 with the Argumenty i Fakty newspaper, he said that he considered it expedient to return to the domestic educational model, which Patrushev called the best in the world.

“Today's education system does not meet the needs of the time - many experts and colleagues talk about the need to leave the Bologna system and return to the traditional Russian education system,” Tolstoy said during a speech at the Federation Council.

In turn, Viktor Bolotov, head of the Education Quality Monitoring Center at the HSE Institute of Education, called Russia's withdrawal from some international formats that do not meet the country's interests a natural reaction to Western sanctions.

At the same time, as the interlocutor of RT believes, leaving the Bologna process will not mean abandoning the undergraduate and graduate programs.

According to Bolotov, their introduction was provided for by the law on education in 1992, and many universities began to introduce this system long before the signing of the Bologna Declaration.

“If you look at it, we have a lot of guys after the bachelor's degree choose another master's degree.

And it is no coincidence that the country's leadership raised the question of experimenting with the "2 + 2 + 2" system.

According to Bolotov, the development of the “2 + 2 + 2” system can in the future become an excellent basis for creating our own education system.