The EU's rejection of Russian oil under the sixth round of sanctions would be suicidal for EU countries. This was stated by the official representative of the Russian Foreign Ministry Maria Zakharova. Earlier, the head of the European Commission, Ursula von der Leyen, said that the EU's complete and immediate refusal to purchase Russian oil could play into Moscow's hands, since the reduction in exports to the EU would be compensated in other markets. At the same time, Hungarian Prime Minister Viktor Orban called it counterproductive to discuss an embargo on Russian oil in the European Union in the absence of consensus. Experts note that the EU countries do not know how to influence Russia, so they continue to follow a suicidal course, harming their economies. 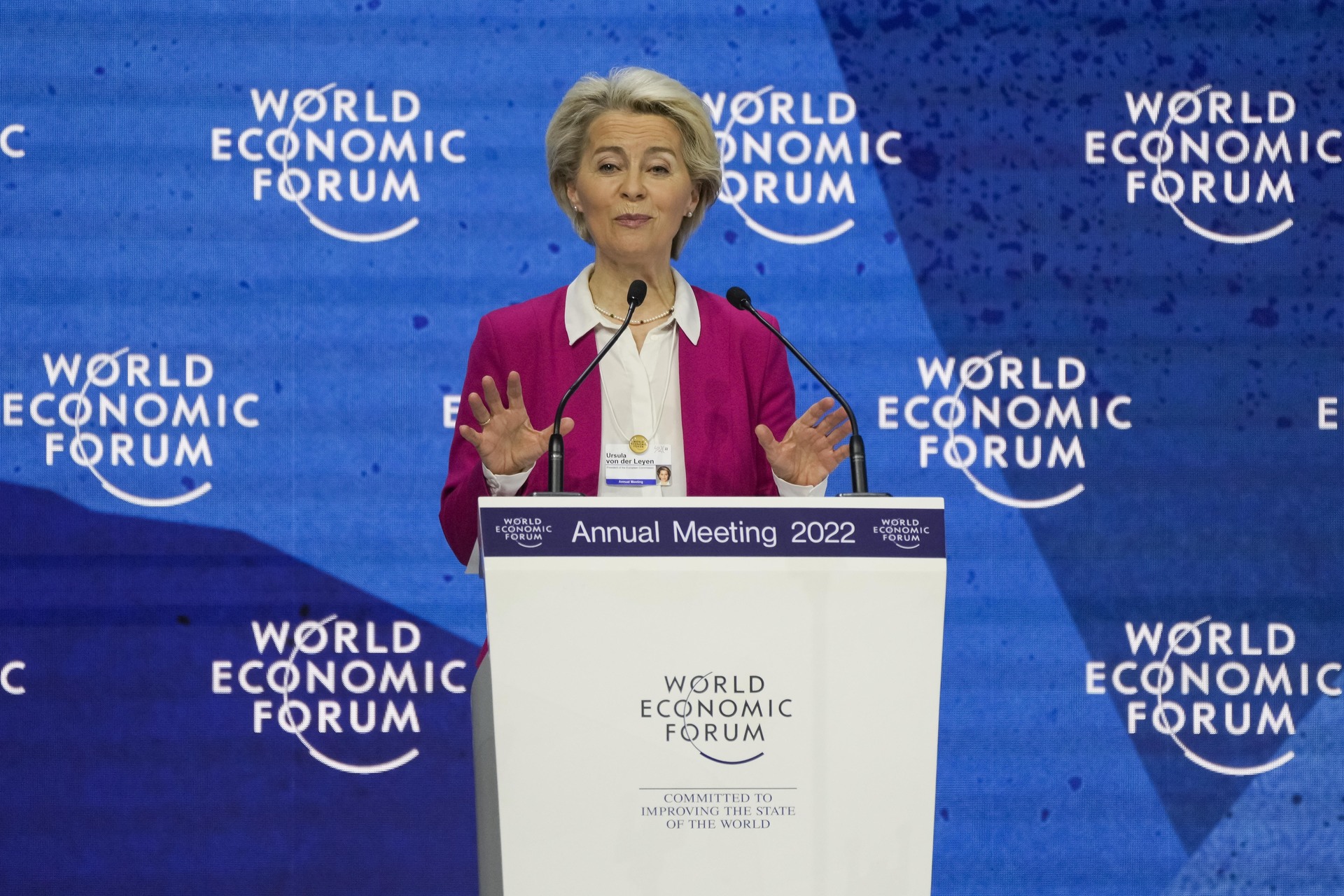 The refusal of European countries from Russian oil under the sixth sanctions package would be suicidal.

“Then it will be a real EU suicide.

This must be understood.

These are suicidal tendencies.

This can be afforded by people who do not have thinking, but experts and expertise in the EU are present.

And they are well aware that this is collective suicide, ”the diplomat said on Sputnik radio.

Earlier, Maria Zakharova said that the Russian Federation is actively developing infrastructure for energy supplies to the East.

“Our natural response is obvious: a reorientation of Russian oil and gas exports will be required.

Of course, this is not an easy task, the solution of which will entail a change in supply chains.

Russia is actively deploying infrastructure for the export of coal, oil and gas to the East, as you know,” said a representative of the Foreign Ministry at a press briefing.

The diplomat stressed that the world's energy needs, especially in the Asia-Pacific region, will grow steadily, so "there is no doubt about the demand for Russian energy resources."

Zakharova also said that the volume of hydrocarbon exports from Russia has declined, but revenues from it will not decrease due to a significant increase in prices.

“The so-called embargo, the introduction of which is being actively discussed in the European Union, can further inflate oil prices,” the diplomat explained.

Recall that the EU countries are discussing a complete rejection of Russian oil and an embargo on its imports as part of the sixth package of sanctions and restrictive measures against Russia.

However, European countries have not been able to reach a unified position on this issue so far.

In addition, the head of the European Commission, Ursula von der Leyen, in an interview with the American television channel MSNBC, said on May 23 that the European Union cannot impose a complete and immediate ban on Russian energy supplies.

According to her, Russia will be able to redirect the volumes of fuel that it could not sell in Europe to the world market at increased prices.

“A balance is always needed so as not to cause too much damage to our economy, because sanctions are the strongest lever we have against this Russian aggression, Putin’s aggression.

We need to be careful: if today we cut ourselves off from this oil at once, it may turn out that with the oil that he (Putin. -

) does not sell to the European Union, he will enter the world market, where prices will rise, and sell it more expensive, and this will fill his military budget, ”explained the EU functionary.

At the same time, on the sidelines of the World Economic Forum in Davos, the head of the European Commission previously confirmed that the oil embargo against Russia would not be approved at the upcoming EU Council summit.

“I believe that this is not an issue that should be resolved in the European Council, since there are many technical issues here.

We are talking about landlocked countries that need alternative supplies through pipelines, that is, we need to discuss investing in pipelines and increase supplies.

We are talking about refineries that need modernization, about investments and about renewable energy, ”Politico quotes her as saying.

One of the main opponents of a total ban on Russian oil is the Hungarian government.

For example, the Financial Times newspaper reported that Hungarian Prime Minister Viktor Orban sent a letter to the President of the European Council, Charles Michel, in which he announced his refusal to discuss this issue at the upcoming summit.

“Discussion of the sanctions package at the level of leaders in the absence of a consensus would be counterproductive.

This would only highlight our internal divisions without giving a realistic chance to overcome them.

Therefore, I propose not to raise this issue at the next meeting of the European Council, ”the Financial Times quotes the text of the letter.

Orban also pointed out that Budapest could not support the sixth sanctions package against Russia without discussing the funding that Hungary needs to deal with the consequences of the embargo.

Earlier, the European Commission presented a plan to phase out oil from the Russian Federation, which provides for the allocation of €210 billion for this.

The Hungarian prime minister noted that the plan for phasing out Russian oil does not mention specific financial assistance to European states dependent on imports from Russia and having no access to the sea.

“There is no indication of the details and timeframes for financing urgent investment needs related to the replacement of Russian oil,” Orban said.

Recall that earlier Hungarian Foreign Minister Peter Szijjártó demanded compensation from the European Union for the rejection of Russian oil in the amount of €15-18 billion.

In a number of EU countries, a serious dependence on Russian oil remains, Vyacheslav Kulagin, director of the Center for the Study of World Energy Markets at the Institute for Energy Research of the Russian Academy of Sciences, recalled in a conversation with RT.

“Moreover, the problem is not only the availability of the fuel itself due to its price.

For those countries that are more dependent on Russian oil, the shutdown of supplies will mean the shutdown of refineries, the loss of jobs and the difficulty in finding other sources of oil.

Indeed, for a number of EU countries this is a rather serious problem, ”said the interlocutor of RT.

Even if any compensation is provided for Hungary by the European Union, which is still being discussed, the suspension of Russian oil supplies will hit the country's energy sector and economy, Vyacheslav Kulagin noted.

“Any abrupt transition will, of course, hit Hungary hard.

This applies not only to Hungary, but also to a number of other countries, primarily Eastern and Central Europe, ”explained the interlocutor of RT.

An attempt to introduce a complete ban on oil from the Russian Federation has an exclusively political background, Vyacheslav Kulagin added.

“There is a desire to inflict damage on Russia, but they cannot find other options for how to do this.

When Western countries tried to hit Russia's main sources of income and exports, they underestimated the market and did not take into account that rising oil prices could compensate for the damage from the imposed restrictions.

Now, when they saw that rising energy prices are leading to record foreign exchange earnings for Russia, they have come to understand that sanctions do not work.

But, since nothing new has been invented, the game continues in the energy market,” the expert said.

It is obvious that the process of imposing sanctions against the Russian Federation is led by the United States, which is ready to sacrifice the European economy for the sake of containing Russia, political scientist Alexander Asafov believes.

“A number of European companies have stated that they will not be able to continue their activities in case of refusal of energy carriers from Russia.

Since sanctions are invented in the United States, we can conclude that Washington is ready to resist Russia to the last European and destroy the EU economy with sanctions, ”the political scientist emphasized.

However, European politicians are trying to ignore the backlash from sanctions against Russia, and Europe continues to follow a suicidal course, Alexander Asafov added.

“This will continue for some time, until the damage to the global economy becomes irreversible and there is an understanding that the issue needs to be resolved differently, and not just with severe anti-Russian pressure,” the RT interlocutor concluded.