[LIVE] War in Ukraine: the Russian army intends to "destroy everything in the Donbass", says Zelensky

On the 91st day of the Russian invasion of Ukraine, this Wednesday, May 25, follow live the latest information on the conflict which entered its fourth month yesterday. 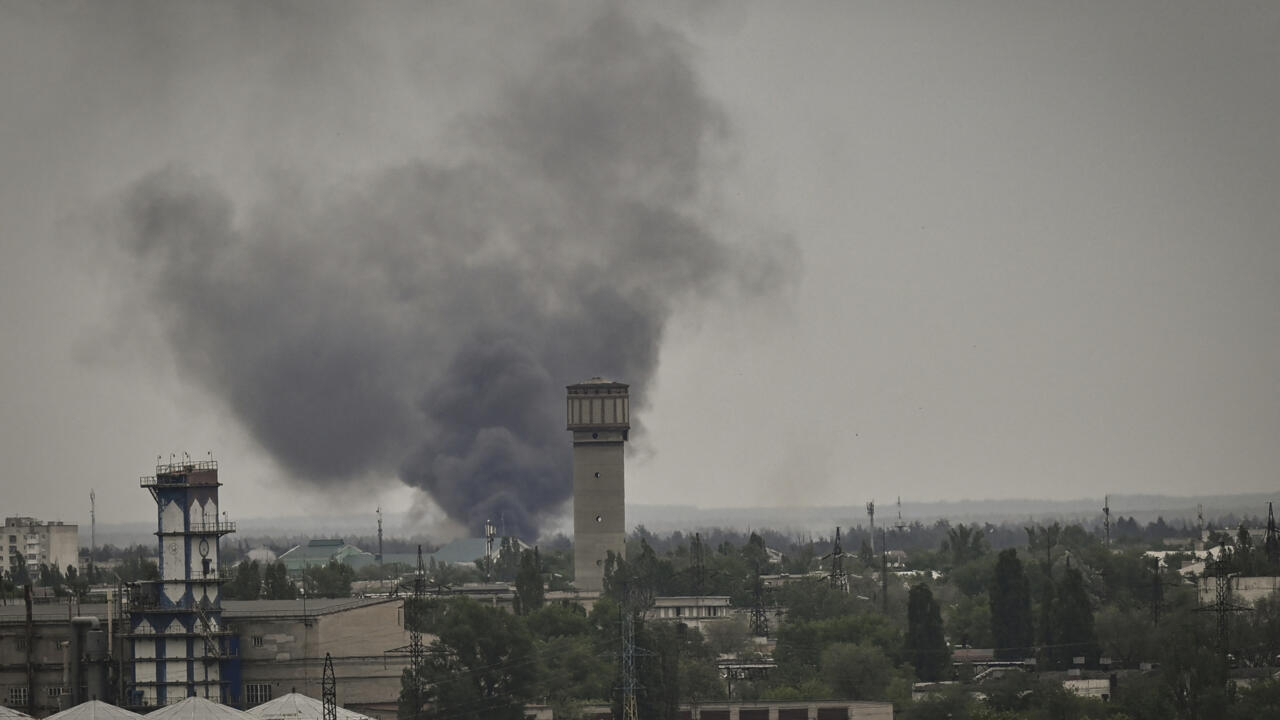 [LIVE] War in Ukraine: the Russian army intends to "destroy everything in the Donbass", says Zelensky

Bombing in the city of Severodonetsk, in eastern Ukraine, on May 21, 2022. AFP - ARIS MESSINIS

On the 91st day of the Russian invasion of Ukraine, this Wednesday, May 25, follow live the latest information on the conflict which entered its fourth month yesterday.

An alternative URL allows access to the site in

► The war in Ukraine entered

its fourth month on Tuesday, May 24.

► The situation on the ground in the

eastern Ukraine, where the Russian army has made progress in recent days, is

worsening by the hour

The Russian troops are indeed concentrating their offensive on the last pocket of resistance in the Donbass.

► The American billionaire George Soros wanted to be alarmist on the sidelines of the meeting of the World Economic Forum.

The invasion (of Ukraine by Russia) may have been the

and our civilization may not survive  it,

he said in a speech.

, a spokesman for the Ukrainian army told AFP.

04:00: The Russian army intends to “destroy everything in the Donbass”, says Zelensky

The Russian army is trying at all costs to tighten its grip on the Luhansk region, in the Donbass, where it has intensified its offensive with the aim of "

", according to Ukrainian President Volodymyr Zelensky.

In the Luhansk region, the Russians are advancing in all directions at once

The situation in the Donbass is extremely difficult

," acknowledged President Zelensky for his part on Tuesday evening.

want to destroy everything

Moscow has decided to intensify its offensive in the Donbass, formed by the regions of Luhansk and Donetsk, which the Ukrainians are struggling to defend, after having moved Russian forces away from the country's two largest cities, Kiev and Kharkiv (northeast) .

It is in particular to defend the Donbass, partially controlled since 2014 by pro-Russian separatists, from an alleged "

", that Russian President Vladimir Putin launched the invasion of Ukraine on February 24.

He also pointed out that Moscow is preparing to carry out a long offensive in Ukraine.

The regional governor of Donbass reported "

", a strategic city northwest of Luhansk.

We are an outpost that holds back the assault and will.

Despite the superiority of the enemy army, we will win, because we are fighting for our land

,” Serguiï Gaïdaï launched, comparing the situation in the Luhansk region to that of Mariupol province.