Sales of new homes collapsed in April in the United States, weighed down by rising interest rates and record prices that are dissuading many buyers from continuing their search… 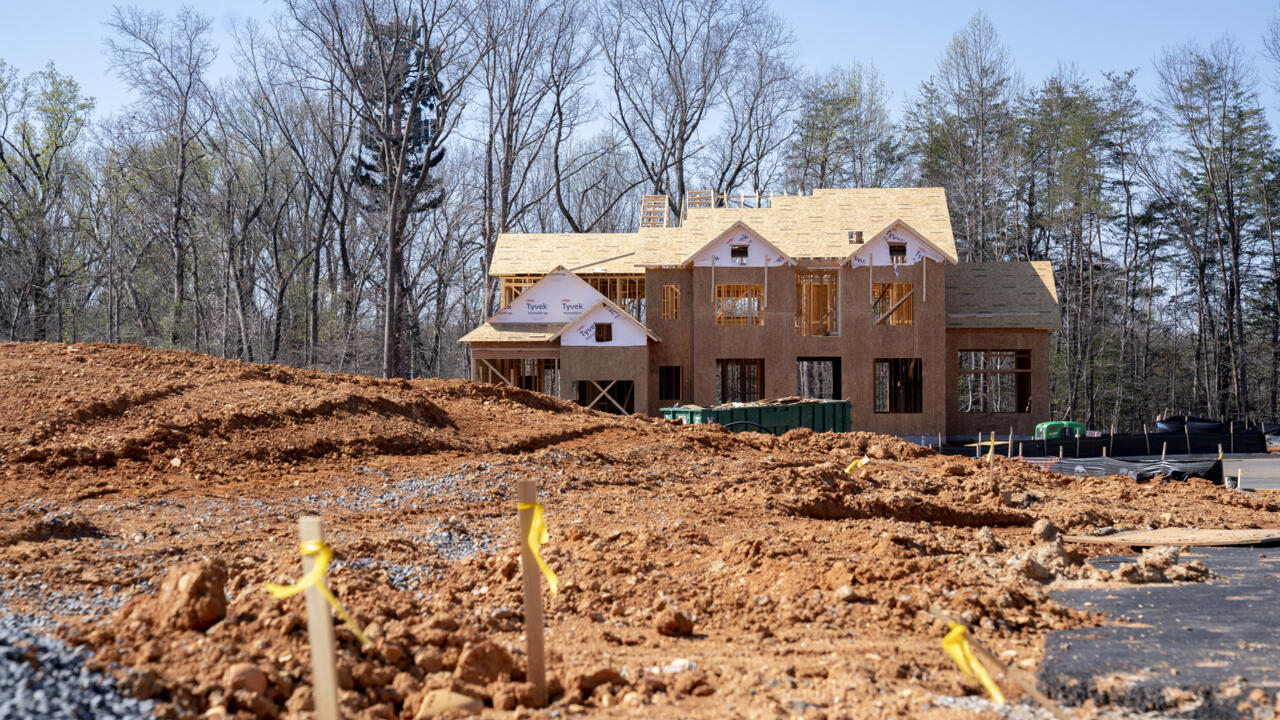 In April, 591,000 new goods were sold year on year from the previous month, a plunge of 16.6%, according to Commerce Department data released Tuesday.

This is the lowest level since April 2020, at the very start of the Covid-19 pandemic.

And all regions are affected even if the south of the country records the most marked decrease.

The extent of the decline surprised economists who had forecast 750,000 transactions.

Sales of old homes also fell in April and even fell to their lowest level since the start of the Covid-19 pandemic, the National Federation of American Realtors (NAR) said last week.

The decline in new homes "is quite scary," reacted Gregory Daco, chief economist at Ernst and Young Parthenon, pointing out that we are far from the million new homes sold in the fall of 2020 when Americans working from home were accumulating savings and rushed to purchase larger properties.

"I expected a drop but not such a steep drop," Daco told AFP.

And since December, this represents a cumulative decline of 30%.

And economists are hard pressed to say whether lower prices will follow soon.

“To sum up, the party is over,” reacted Ian Shepherdson, chief economist at Pantheon Macroeconomics, in a note.

"This suggests that people who previously applied for mortgages are now choosing not to make a purchase," he added.

For Gregory Daco, "the main conclusion is that monetary policy is effective in the sense that the Central Bank's communication has had an impact on long-term rates, including mortgage rates."

He explains that investors have anticipated the rate hike and "have already incorporated future monetary policy into their estimate."

"As a result, mortgage borrowing is much higher than the Fed's rate hike."

The Federal Reserve raised interest rates by a quarter of a percentage point in March and then by half a point in May to contain the highest inflation in four decades.

The goal is also to cool a bubbling real estate market.

Sign of a very tense and particularly disturbed market, for months, potential buyers have outbid the prices asked by sellers to have a chance of obtaining a property.

And the market has become unaffordable for first-time buyers.

For Oren Klachkin, chief U.S. economist at Oxford Economics, as income gains won't keep up with rising borrowing costs and rising house prices, the decline in sales could continue in the coming months.

The fall in sales had the effect of inflating the stock of available goods which represented 9 months in April against 6.9 months in March, according to government data.

Mr. Klachkin also believes that "builders will increase the housing stock, but not enough to significantly shift the dynamics of the housing market in favor of buyers".

Eventually, if the decline in demand were to continue, housing construction could also decline.

This would then lead to a slowdown in retail sales related to housing, such as sales of building materials, household appliances and furniture.