The Andalusian Electoral Board has informed Adelante Andalucía of its exclusion from public financing for the parties and coalitions participating in the elections to... 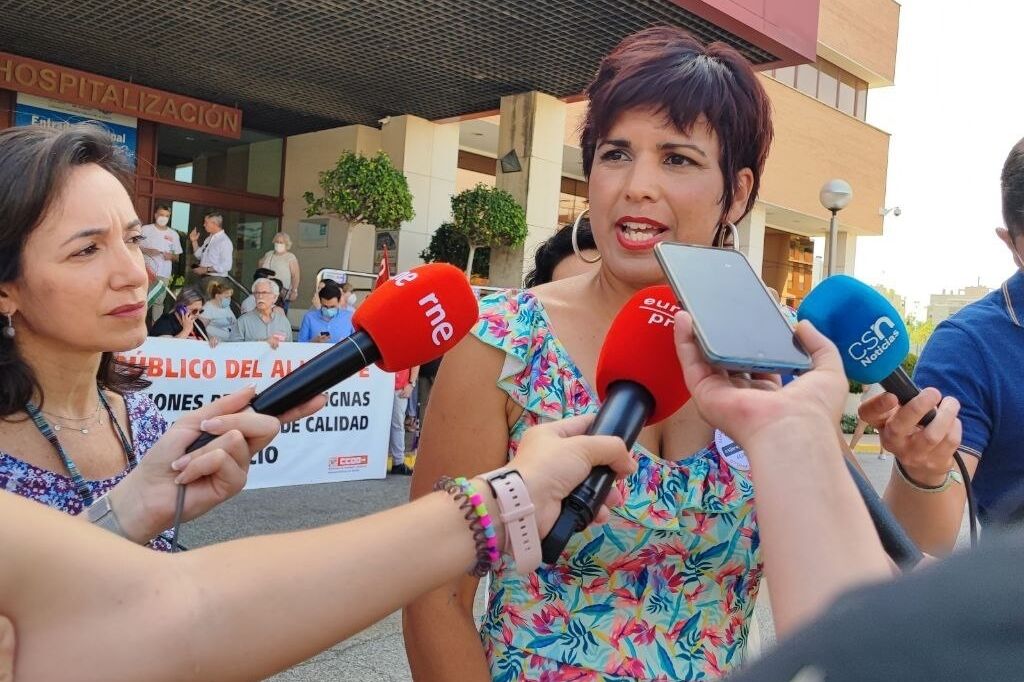 has informed Adelante Andalucía of its exclusion from public financing for the parties and coalitions participating in the elections to the Andalusian Parliament on June 19, as well as its absence from the electoral spaces in the public media.

The information, which has been advanced by the Andalusian newspaper.es and confirmed by Europa Press, which is known to the parties is the communication of the ruling, which, according to sources from Adelante Andalucía, will appeal to the Andalusian Electoral Board.

Sources from this electoral coalition, which brings together the Anticapitalist, Primavera Andaluza, Izquierda Andaluza and Defend Andalucía parties, have stated that their demand for proportional financing that, in their opinion, corresponded to them from the original parliamentary group of Adelante Andalucía, the confluence of Izquierda Unida y Podemos Andalucia for the 2018 elections, was heading to "claim the right to all the resources that we believe correspond to Adelante Andalucía."

Regarding the amount of proportional financing that would correspond to Adelante Andalucía, the sources of this coalition state that "the half million (euros)" was never requested, as total financing of the original group, considering that "a part would be for the United Left in any case" and maintain that "a much smaller and fairer proportional share was wanted".

"IU and Podemos have asked that they be exclusively the heirs of the coalition and that has influenced the decision of the Electoral Board," they have argued from Adelante Andalucía about the pronouncement of the supervisory body of the legality of the electoral process.

"We are more concerned about the veto in public spaces, despite having received an invitation from all the media," these sources from the electoral coalition indicate, for which they regret the pronouncement of the Andalusian Electoral Board because they argue that "it is quite unfair that it be considered that neither

nor Adelante are representative to have that space".

Sources from Adelante Andalucía have appealed to the comparative grievance in this area with the recognition of Vox to consider it "very symbolic that the Electoral Board itself does give those rights to Macarena Olona despite having cheated with her registration."

The Board of the Andalusian Parliament agreed in February 2021 to review the financing of the parliamentary group that participated in the 2018 elections as Adelante Andalucía and that after the 2019 schism has been renamed United We Can for Andalusia, while Teresa Rodríguez and the deputies related to it came to appear as unassigned deputies, without group, of the Andalusian Parliament.

The then group Adelante Andalucía lost 881,964.72 euros on the financing that it planned to receive in 2021 from the allocation expenses for the operation of the groups established in the Budget of the Andalusian Parliament, 52.94% less than the initial amount.

This review of parliamentary financing was based on the schism experienced in the group as a result of the letter presented in November 2019 by the group's spokesperson,

, before the Parliamentary Bureau to request the expulsion of the group of 9 parliamentarians, headed by Teresa Rodríguez and related to it.

Adelante Andalucía received 1,688,325.42 euros in 2019, according to the figure published in October 2020 by Parliament on the income statement of each group.

in the Andalusian elections of December 2, 2018.

The Parliament argued in 2021 that the allocated amount responded "to a strictly proportional distribution based on its number of members at the time of the approval of the Budget project by the Board of the Andalusian Parliament".

"Subsequently, with effect, in what is now of interest, since November 19, 2020, there has been an alteration in the number of deputies that are part of the Adelante Andalucía Parliamentary Group," explained the Parliament Board in its resolution. .

The financing of the parliamentary groups is included in article 25.1 of the Regulations of the Andalusian Parliament, which states that it will offer "sufficient premises and material means and will assign them, charged to their budget, the necessary subsidies to cover their operating expenses" .