Roland-Garros: here it is Parry, Nadal and Djokovic on a firm footing

In the gloom of Paris, Diane Parry embodied the ray of sunshine on the second day of Roland-Garros: the young Frenchwoman, 19 years old and recently entered the top 100, overthrew the defender… 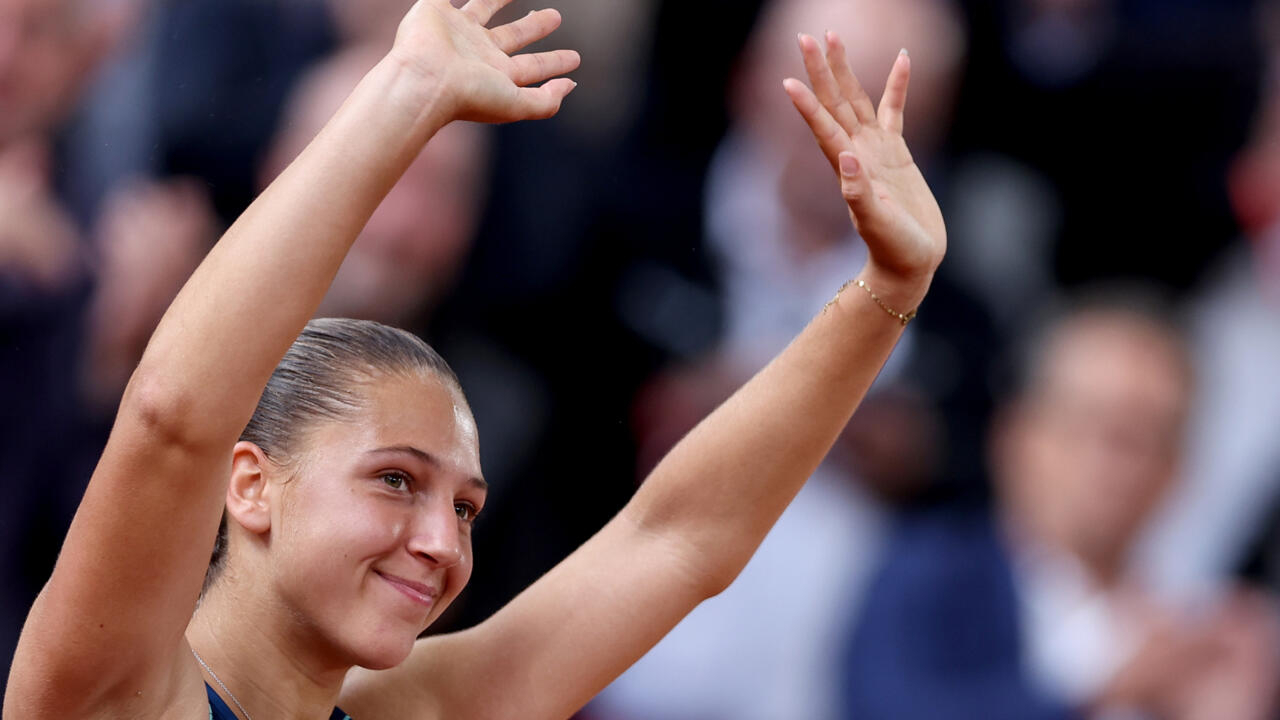 Scrutinized after his grimacing and limping outing ten days ago in Rome, Rafael Nadal reassured about the state of his left foot.

In the evening, protected from the downpour by the roof of the Central, Novak Djokovic won in less than two hours.

The performance of the day is to the credit of Diane Parry, 97th in the world and victorious 1-6, 6-2, 6-3 from Krejcikova, on the Central as a bonus.

"I'm just the happiest. It's a dream for me," rejoiced the Francilienne, who has chosen to favor clay for a year.

However, things could hardly have started worse for Parry, who lost sixteen of the first eighteen points.

But facing an opponent who was playing her first match since the end of February, the fault of an injured elbow, the young Frenchwoman found the resources to turn the situation around.

Diane Parry shakes hands with the Czech Barbora Krejcikova, defending champion, whom she dominated in the first round of Roland-Garros on May 23, 2022 in Paris Thomas SAMSON AFP

Her second round, against Colombian Camila Osorio (66th), is affordable.

On the discovered Central, Nadal, thirteen times winner on Parisian clay and soon to be 36, reassured his world, ten days after his left foot, eaten away by a "chronic and incurable" disease for more than fifteen years, betrayed him in the middle of the Roman round of 16 (defeat against Shapovalov).

Hard-hitting forehand, with which he distributed the game very convincingly in sequences, also comfortable in his movements, the Majorcan imposed his law in 2h02 on a triple 6-2, at the expense of the Australian Jordan Thompson (82nd).

Rafael Nadal during his victory in the first round of Roland-Garros against the Australian Jordan Thompson on May 23, 2022 in Paris Thomas SAMSON AFP

"I started the match well, with clear ideas", appreciated "Rafa", who was only playing his sixth match on ocher in 2022, after being stopped in his formidable momentum at the start of the season by a cracked rib at the end of the season. March.

Now, "you have to find consistency, it comes with confidence and constant commitment, mental work to force myself and demand from myself to continue", he added.

For his first Grand Slam match of the season, after his incredible expulsion from Australia for lack of a Covid-19 vaccine in January, Djokovic had a quiet evening, winning 6-3, 6-1, 6-0 from the left-hander Japanese Yoshihito Nishioka (99th), without having been exceptional.

The day after his 35th birthday, the world No.1 and trophy holder "feels younger".

Having become himself again after a first quarter spent almost at a standstill, Djokovic is in search on Parisian clay of a 21st Grand Slam trophy which would allow him to equal the record held by Nadal since his coronation at the Open. from Australia in January.

Novak Djokovic during his victory over the Japanese Yoshihito Nishioka in the first round of Roland-Garros on May 23, 2022 in Paris Thomas SAMSON AFP

"I am filled with joy, motivation and inspiration to give my best on the court", warned "Nole".

Swiatek in the wind

"Maybe she will never lose again."

In the stands, a sign written by a spectator announces the color.

On the court, Swiatek, the grand favorite with her series of five tournaments won in a row, from Doha to Rome, rose to the occasion for her entry into the running: the world N.1 made a lightning passage, victorious in 54 minutes of Ukrainian qualifier Lesia Tsurenko 6-2, 6-0.

Iga Swiatek after her victory over the Ukrainian Lesya Tsurenko in the first round of Roland-Garros on May 23, 2022 in Paris Thomas SAMSON AFP

Propelled world No.1 by the surprise retirement of Ashleigh Barty in March, Swiatek, winner of Roland-Garros in 2020 - exceptionally autumnal edition because of the Covid-19 -, has been unstoppable since the end of February: she is now on a series of 29 matches won consecutively.

Osaka, one turn and then leaves

A year after her resounding withdrawal from the Parisian Grand Slam, when she opened up about her depressive episodes and anxiety disorders, raising the issue of mental health in high-level sport, Naomi Osaka left Roland-Garros on the first round.

On a surface where she is uncomfortable, further hampered by a painful left Achilles tendon in recent weeks and still strapped on Monday, the Japanese star lost 7-5, 6-4 against the American Amanda Anisimova (28th).

"I know with what emotions I left France last year, my feeling is very different," analyzed the former world No.1, now 38th.