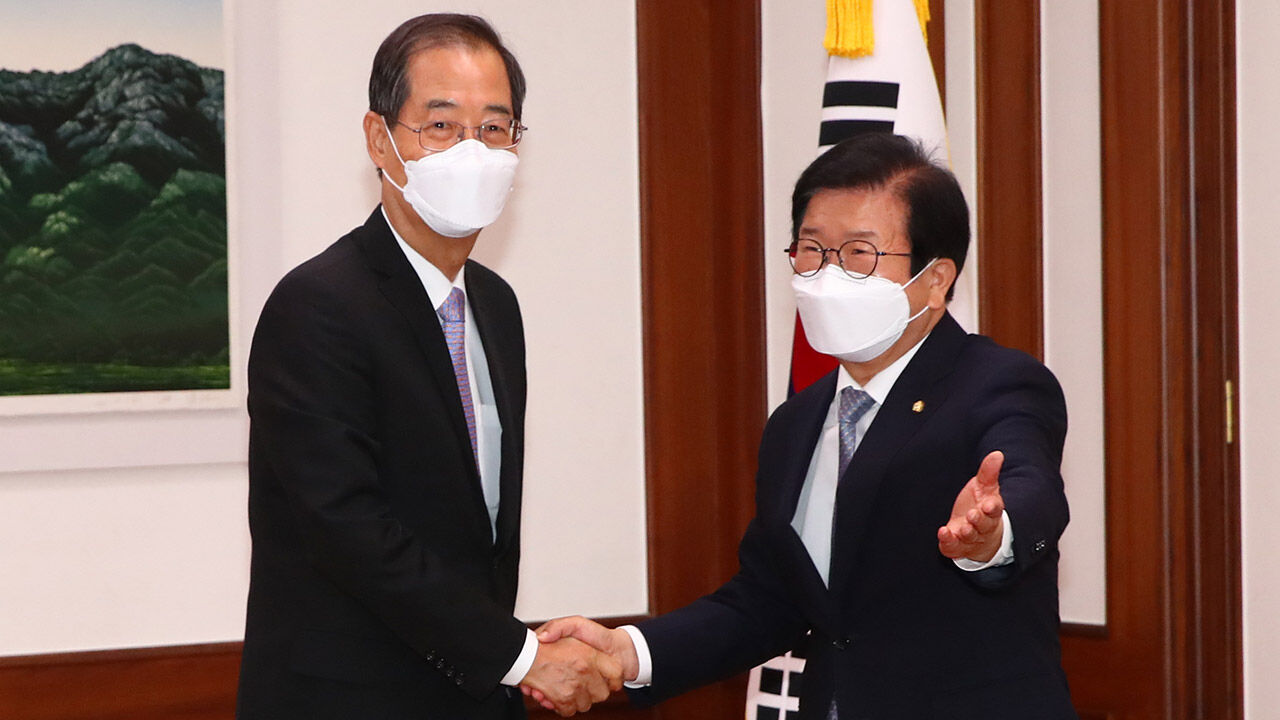 He continued, "Despite the controversy this time around, the opposition party's willingness to decide (approval of the ratification bill) as a party argument must have taken a lot of consideration into account that it was the first prime minister of the new government. I hope that the government will do its job well and be trusted by the people.”

Chairman Park added, "Many people have advocated that he is a responsible prime minister, but it has not been practically possible." He added, "I saw reports that the ministerial recommendation was actually exercised.

In response, Prime Minister Han said, “I think close cooperation with the National Assembly is the most important as an administrative government.

Afterwards, Prime Minister Han visited the meeting room of the party representative of the Democratic Party of Korea and met with Yun Ho-jung, chairman of the Joint Emergency Response Committee.

"I would like to thank you for attending the memorial service for the first time (of former President Roh Moo-hyun the day before)," he said.

Prime Minister Han emphasized that cooperation at the working-level level should also be actively carried out, saying, "As Chairman Yoon said, he should consult with the political party as a real partner in state affairs."

Prime Minister Han also said, "Ex-President Roh also said that integration is important. He emphasized the need to engage in dialogue and communication, throwing away conflict and division," he said, promising that he would actively engage in dialogue with the National Assembly.

In the closed meeting that followed, there was talk about improving corporate regulations, spokesperson Shin Hyun-young of the Democratic Party said.

At this meeting, Chairman Yoon said, "Responsibilities must follow (company) deregulation," and mentioned that unconditional deregulation should be cautious.

In the process, he even cited a vehicle that was 'protesting profanity' in front of the residence of former President Moon Jae-in as an example.

In response, the Prime Minister

Freedom and responsibility are two sides of the same coin," Shin said.