The government will have to pay a political price regardless of how it chooses to act on Turkey's demands. That is the opinion of SVT's domestic policy commentator Mats Knutson. - The NATO application is developing into a difficult political dilemma for Magdalena Andersson and the government, he says. 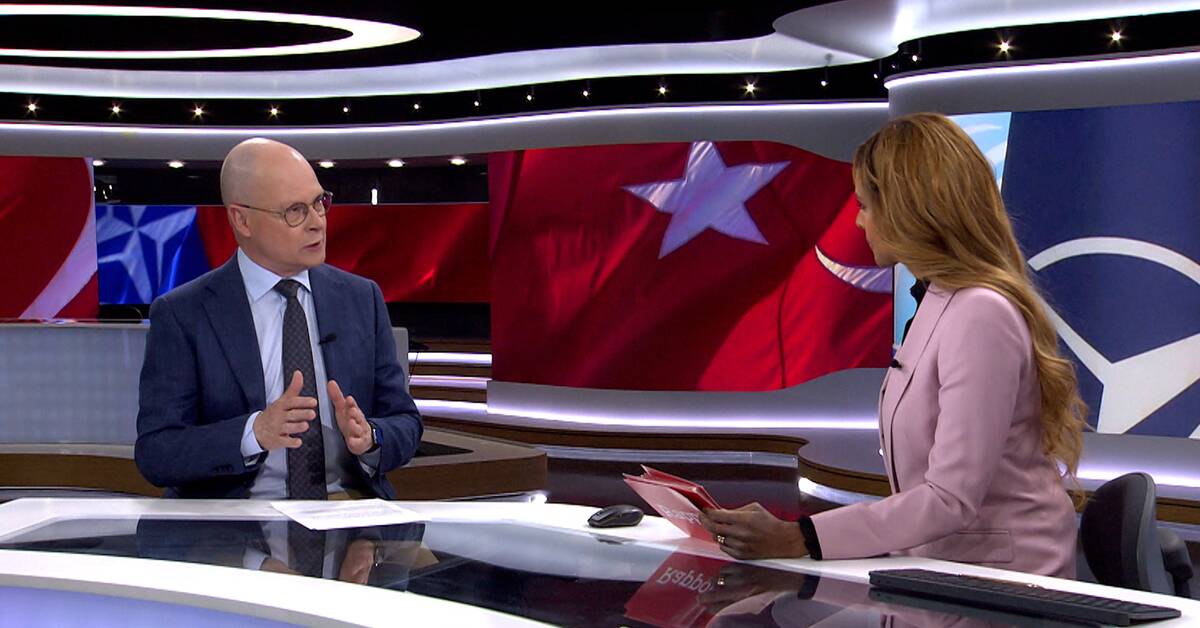 The Government has repeatedly stated that it hopes for a fast and smooth process for Swedish NATO membership.

But Turkey, led by President Recep Tayyip Erdogan, has taken a stand.

On Tuesday, the Turkish government published several requirements that Sweden must meet in order for the NATO application to be approved.

These include the extradition of people with a background in the Kurdish guerrilla PKK and the abolition of arms sanctions against Turkey.

- The list of requirements is extremely difficult for the Swedish government to digest because it is so far-reaching in the requirements for concessions, says Mats Knutson.

"Is there a political price to pay"

He emphasizes that the government has invested "extremely much" politically in the NATO application.

- Should it be jeopardized by a Turkish veto, the domestic policy consequences will be extensive.

But if you go to Turkey, the domestic political criticism of the government will also be harsh, says Mats Knutson.

- No matter what you do here, there is a political price to pay.

"Goes out hard before meeting"

A Swedish-Finnish delegation will travel to Ankara on Wednesday for a meeting with Turkish representatives.

SVT's Turkey correspondent Tomas Thorén believes that the list of demands is a way for Turkey to go hard in the negotiations.

- This is a way to lock in Turkey's starting position, he says.

Thorén believes that Erdogan, unlike Andersson, does not have much to lose in a conflict over the NATO application.

- I think Erdogan is prepared to go to great lengths for this, because he really has nothing to lose in domestic politics, no matter what.

- On the other hand, it can be costly internationally, if you do not get a solution.