This morning in Hong Kong, six members of a mutual aid fund for pro-democracy activists appeared in court in West Kowloon. Among them, Margaret Ng, a famous human rights lawyer… 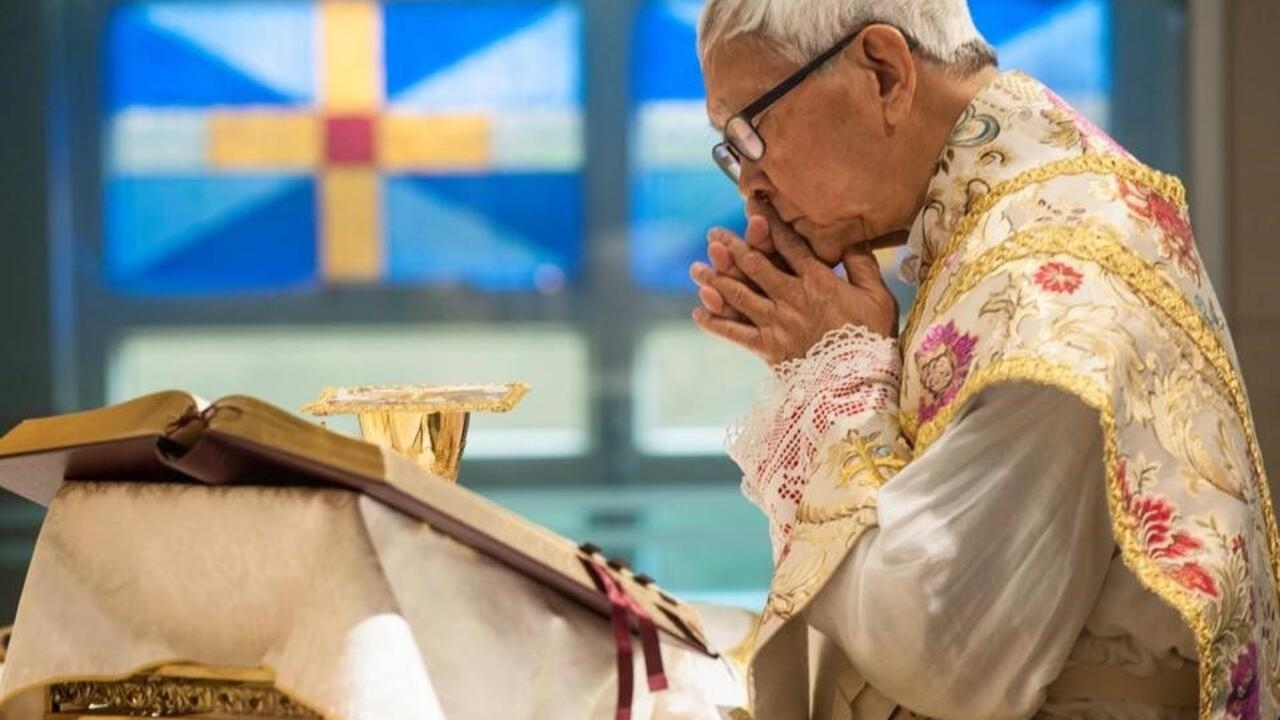 Cardinal Chen Rijun, bishop emeritus of the Catholic Diocese of Hong Kong, was arrested by police on May 3 on suspicion of violating national security law.

This morning in Hong Kong, six members of a mutual aid fund for pro-democracy activists appeared in court in West Kowloon.

Among them are Margaret Ng, a famous human rights lawyer and Denise Ho, the canto-pop star, and 90-year-old Cardinal Zen.

The trial of this iconic figure of the Chinese underground church puts the Vatican in a complicated situation with Beijing.

The six defendants who appeared on Tuesday morning all pleaded not guilty: They are prosecuted for not having properly registered the mutual aid fund, "6.12", which they had set up to support the activists arrested by the police throughout the broad protest movement of 2019. The trial date has been set for September 19.

The charge is weak - not to say trivial - and the defense intends to show that this fund made no administrative error.

But this prosecution of prominent and respected civil society figures, among the last remaining at large in Hong Kong, shows how far the authorities are willing to go to intimidate dissenting voices.

", recalls the Argentine priest, Gervais Baudry, outside the court.

In addition to several members of the clergy, a dozen diplomats came to make an appearance at the West Kowloon court this morning and show that, among the many trials currently taking place in Hong Kong against pro-democracy activists, this one this is particularly symbolic.

The Vatican on the wire in China

The arrest in early May of Joseph Zen under the national security law shocked the Catholic community in the city.

It raises fears of increased surveillance of all religions, in a city where many pro-democracy activists are Christians.

It also comes at a delicate time for the Holy See, which is negotiating the renewal of a controversial agreement with Beijing on the appointment of bishops, a subject of contention between the Catholic Church and the Chinese regime.

For decades, there have been two Catholic Churches in China: a "

", subservient to the communist regime, and an "

", illegal in the eyes of Beijing and traditionally loyal to the pope.

In recent decades, the Vatican has begun to nurture relations with China that culminated in the signing, in 2018, of a historic agreement, the exact content of which has never been disclosed.

Conversely, former bishops of the underground Church have been recognized by Beijing.

Cardinal Zen had denounced this pact, considering that it amounted to "

" the Chinese Catholics of the unrecognized Church.

Certain currents within the hierarchy of the Catholic Church have long criticized Pope Francis' desire to get closer to China.

The Vatican has made no statement about the arrest of Bishop Zen.