Cronenberg takes out his guts on the Croisette

Deep or smoky? The public will decide, but David Cronenberg lived up to his reputation as the pope of gore with the presentation at Cannes of "Crimes of the Future", where he pushes his… 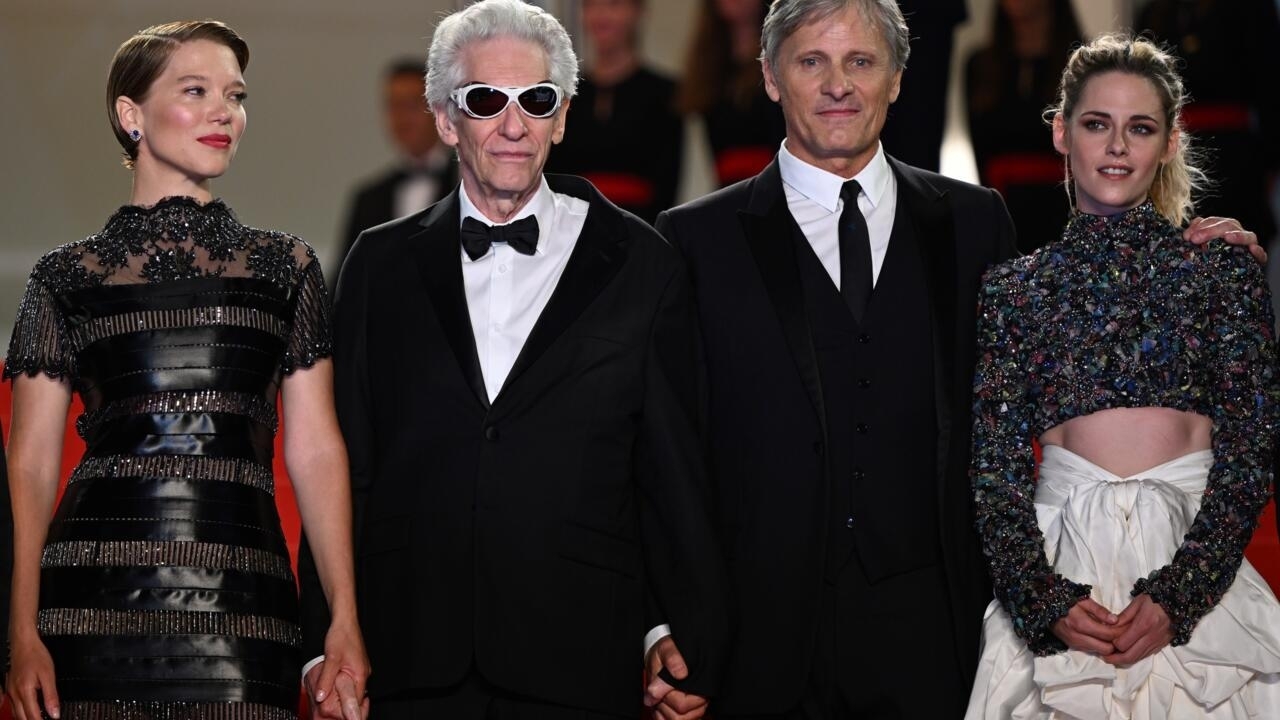 The film, set in an indeterminate "post-disaster" future, a world in ruins where pain has been abolished, features the director's favorite actor, Viggo Mortensen ("A History of Violence", 2005; "The Promises of shadow"; 2007, "A Dangerous Method", 2011).

This time in the shoes of a very special performer, Saul.

Tattoos made raw on his internal organs, during surgical operations carried out in public.

Watchword: "surgery is the new sex".

The scalpel is wielded by Caprice, played by a wax-faced Léa Seydoux, while a nebulous police force, the Office of the National Organ Registry, represented by Kristen Stewart, monitors them from a distance.

The subject is sometimes obscure, on the evolution of humanity and the "naturally unnatural", these "neo-organs" cultivated inside bodies by machines that seem to have come out of the 1980s and its puzzling "punchlines" ("zippers have their own sex appeal").

Above all, the film marks the director's return to "body horror", after an eight-year absence.

"In this film, I tried to look at what was inside the body", he summarizes for AFP, for his sixth time in competition.

From the opening sequence, sensitive souls will be tested: we see a child crunching in a plastic chair as in a chocolate bar, before being murdered, suffocated under a cushion, by his mother.

"There are things I wouldn't like to see, but it's very specific. Cruelty I don't like, especially cruelty to children (...) I wouldn't say it shocks me but I don't like to watch", nuance the one who has three children and four grandchildren.

The scent of sulfur that surrounds the 79-year-old director is nothing new: from his debut in competition in 1996, he caused a scandal, dividing the critics but winning a Special Jury Prize, with "Crash".

Canadian director David Cronenberg and American actor Viggo Mortensen during a press conference for the film "Crimes of the Future", May 24, 2022 at the Cannes Film Festival Stefano Rellandini AFP

This film all about sex, violence and car accidents inspired "Titanium", Palme d'or 2021, by Julia Ducournau.

Another type of accident took place on "Crimes of the Future", with filming abruptly stopped for exhausted budget.

Magnetic actor made famous by "Lord of the Rings", "Captain Fantastic" or "Green book: on the roads of the south", Mortensen, already often filmed naked by Cronenberg, this time takes out his guts, literally.

"For some shots, I was very happy not to be in my own skin", confides the actor to AFP, in particular with reference to the scenes of evisceration, shot in Athens by more than 40 degrees.

"Clearly, there are things you can't do to your body by then doing a second or third take!"

"We have a friendship with David and a trust that allows me to let him try unusual things that I wouldn't necessarily try with others without knowing if they're asking for it for the value of the shot or for the show," continues -he.

For him, Cronenberg is "ahead of his time" and his films must be seen "four or five times in a row" to be understood.