After it was removed from the US terrorism list, questions about the future of the Islamic Group in Egypt?

After Washington announced the removal of the Islamic Group in Egypt from the list of foreign terrorist organizations, questions arose about Cairo's vision for this decision, and whether it would contribute to the group's restoration of its kinetic and political compass. 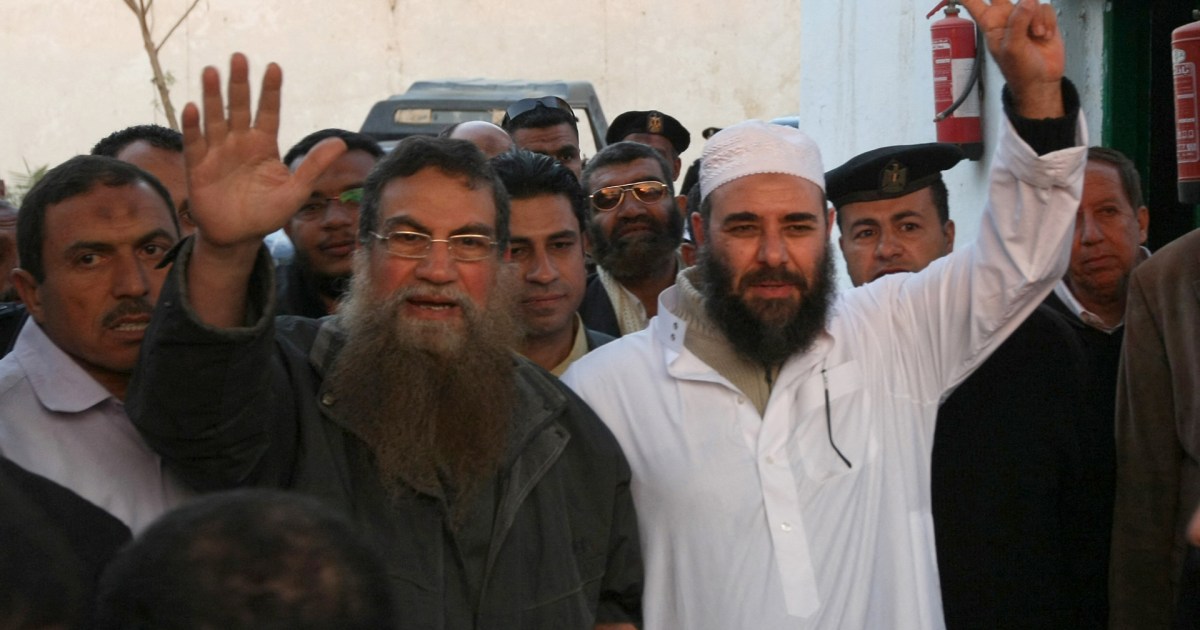 A quarter of a century after being listed on the terrorist list, the US State Department announced the removal of the Islamic Group in Egypt from the list of foreign terrorist organizations, which raises questions about Cairo's vision of Washington's decision, and does it contribute to the group listed on terrorism lists in Egypt restoring its kinetic and political compass?

Two years ago, the Egyptian authorities announced the dissolution of the Building and Development Party, the political arm of the group, and included it on the lists of terrorism, which prompted the leaders of the Islamic Group to put forward ideas towards establishing a political party with a new name, without any serious measures in this regard so far.

Officially, Cairo did not announce a position on the US decision, but media outlets close to the regime described it as a conspiracy and maneuvering against Egypt, and considered that Washington was opening a door to financing terrorism that it would pay for later, according to many of them.

On the other hand, a prominent leader of the Islamic Group considered the American decision one of the fruits of the reviews it conducted 20 years ago and led to the cessation of violence in Egypt, calling for the rehabilitation of the group, while two experts concerned agreed that the group’s situation in Egypt depends on comprehensive political reform and a breakthrough with currents Political Islam in general.

Washington's removal of the Islamic Group in Egypt from the list of banned groups is surprising, especially since the Islamic group has committed numerous terrorist operations, and some of its members are still inciting violence and terrorism.

The question that arises is .. Why?!

And the answer says: Defiance in the system

The decision of the US State Department, on Friday, to remove the Islamic Group, along with 5 foreign organizations and 6 deceased individuals, from its list of terrorism was a surprise to some, although the ministry had indicated that these organizations “will continue to be classified as special global terrorist entities.”

In a statement, the State Department said it maintains these global terrorism designations for a number of reasons, including "to support law enforcement actions or to ensure that frozen assets of active terrorist individuals are not released."

The ministry attributed the removal of the aforementioned groups from the list to the following reasons:

From clash to politics

The Islamic Group was established in the seventies of the last century, and it passed through 3 different historical stages:

The clash phase (from establishment until 1997)

What is the group waiting for?

On his vision of the American decision, the former head of the Building and Development Party (disbanded) and the leader of the Islamic Group, Tariq al-Zumar, said that it is "one of the fruits of the revisions that renounced violence since 1997, and proved the group's credibility."

In statements to Al-Jazeera Net, the groups attributed the delay in the decision, nearly a quarter of a century, to the circumstances of the war on terrorism for the past twenty years, which ended with major international changes, to inaugurate a new era in which the Islamic movement would not be the first opponent, he said.

Al-Zumr ruled out the interpretations of Egyptian observers that the American decision comes in the context of Western exploitation of the group in the Ukrainian war, stressing that "the ignition of the conflict with Russia is one of the incentives to secure the Islamic front, and a world war like the one taking place now does not care about the use of civilian Islamic groups mainly to fight wars on its behalf. or by proxy.

He also denounced the Egyptian media attack on the American decision, saying, "The Egyptian regime, which was boasting to the world about the experience of the group's reviews, became disavowal and skeptical of it, while it was based on it in the face of American criticism after the events of September (September) 2001, as it saw the Egyptian regime as the most important hatchery and product to terrorism in the world.

Al-Zumar explained that "Egypt is expected to review its position and restore consideration to the Islamic Group, its revisions, and its removal from the terrorist lists."

He pointed to the possibility of the group returning to political action by launching a new party, saying, "It is natural for the leaders of the party that was banned - without any political or legal justification - to have ambitions to respond to their grievances."

On the possibility of the group’s success in being a link between the regime and the Muslim Brotherhood, Al-Zumar affirmed that the group “wishes Egypt to get out of all its crises, which require a major political breakthrough that includes the Brotherhood and all politicians, the release of detainees and a moratorium on death sentences.”

After the ruling of the European Court,

and the American decision to remove the Islamic Group

I see that the Egyptian security services are

fully aware of the group’s commitment to the initiative to stop violence,

and all of this calls for allowing the activity

of the group and its party to resume within the framework of the law.

Egyptian political analyst Mokhtar Ghobashi, Vice President of the Al-Farabi Center for Studies (Egyptian/Private) attributed the US decision to great political considerations, most notably that such groups represent some regimes in some countries and have large economic blocs in the Western world.

In an interview with Al Jazeera Net, Ghobashi said that the matter of the Islamic Group has political considerations in the first place, expecting the decision to anger Cairo, but the specificity of the relationship between the two sides will not push Egypt to have a big position, especially since Cairo was hoping from Washington to include the Brotherhood on the lists Terrorism, but this did not happen in the Western world in general.

On the impact of the decision on the group’s possibility of returning to work in Egypt, Ghobashi pointed to the specificity of the Egyptian interior, in light of the strife between the state and the current political Islam as a whole, and the severe legal stances and measures taken against it.

He linked this to a complete political reform, expecting that this would not pass easily due to the difficulty of the state accepting the initiatives of the Islamic Group for reconciliation or participating in political dialogue.

Ghobashi did not rule out the launch of a new political party by the group, although the official response to this remains ambiguous, compared to the experience of freezing Salafi parties that were supportive of the Brotherhood without judicial dissolution, in addition to the specificity of the Nour Party as a Salafi party even if it is pro-regime, according to him.

In agreement with the previous opinion, the specialist in Islamic groups, Mustafa Zahran, went on to say that the issue of the Islamic group is related to the Egyptian local context, referring to a "two-fold success" that was achieved before 2011, where the first represented the state's dealings with and embraced the Islamic group, and the second in the credibility of intellectual reviews. for the group.

In statements to Al-Jazeera Net, Zahran attributed the reasons for the American decision to the role of the group's leaders in rationalizing the Islamic movement, although it had many mistakes like the rest of the groups, but it outperformed others in understanding political action and the real proposal of the idea of ​​renunciation of violence, and perhaps that was the main source that it ended with. America's latest report.

He added that the group's chances of existence and movement will be in the global context on paper, such as stopping international security prosecutions, ruling out that the group will have a role in Egypt in the current years, as this will remain contingent on a breakthrough in dealing with the current of political Islam in general and the Brotherhood in particular, which will be reflected on the Islamic group.