On the 28th of last month, a brief obituary appeared in Weixin, the Tianjin Daily, a party newspaper in Tianjin, China. Tianjin Mayor Liao Guoxun, 59, died suddenly the day before. 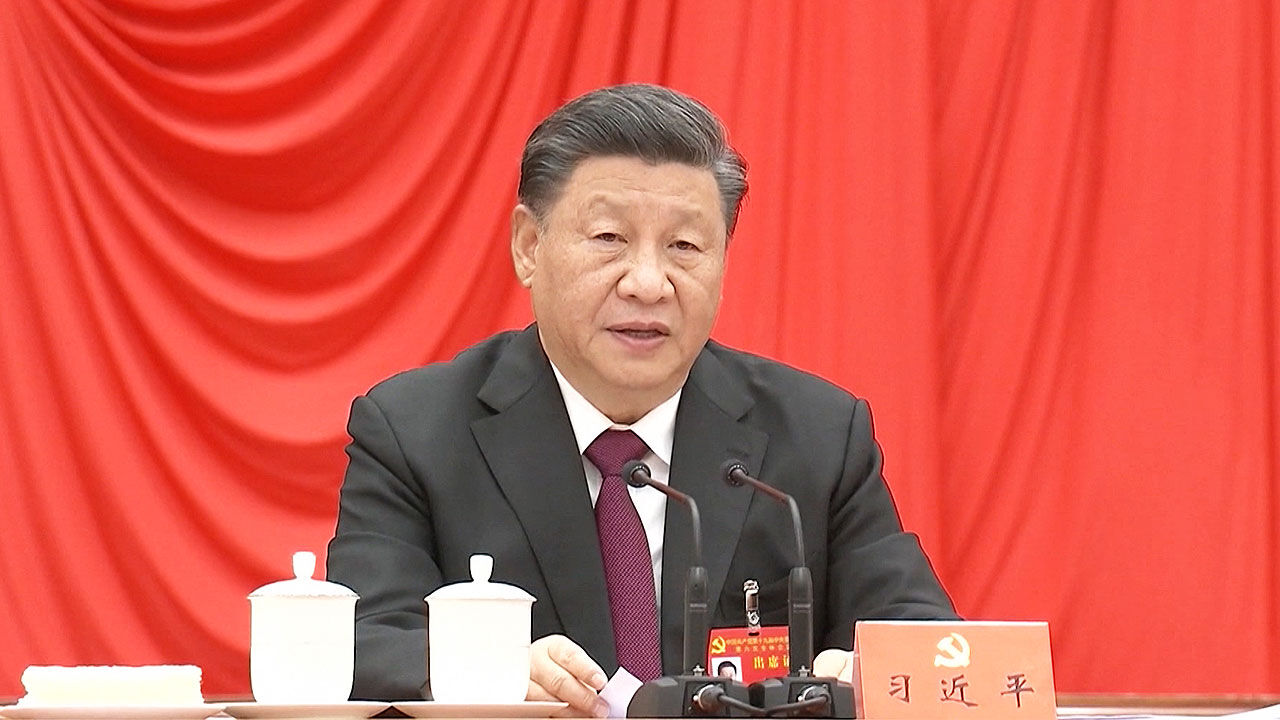 On the 28th of last month, a brief obituary appeared in the Tianjin Daily Weixin (Chinese version of Kakao Story), a party newspaper in Tianjin, China.

The obituary published in Weixin was all that "On the 27th, Comrade Liao Guoxun, deputy mayor and mayor of Tianjin City of the CCP, unfortunately passed away due to a sudden illness, without first aid," he said, "at the age of 59."

The news of the death of Mayor Liao, classified as 'Xi Jiajun' (Xi Jinping Division), was not reported in the newspapers the next day, and his name was quickly removed from the Tianjin municipal government website.

The sudden death of Mayor Liao was surprising because he was a dark horse who was trying to become a member of the Politburo, ranked 25th in power, as the successor of Tianjin Party Secretary Li Hongzhong (66) at the 20th Party Congress of the Chinese Communist Party to be held in October.

Beijing's political circles believe that the death of Mayor Liao will intensify competition over the next party's Politburo.

In Chinese politics, sudden or questionable deaths of key figures are not uncommon.

At the time, Chongqing city authorities announced that Deputy Ren had died of sudden death, but Hong Kong Myeongbo reported that he committed suicide by jumping from the Jingxi Hotel in Beijing while being investigated for alleged corruption.

The shock of his sudden death was great as Ren was the third person in Chongqing after Party Secretary Chen Min-el and Mayor Tang Liang-zi, who are the closest aides to President Xi Jinping and the next supreme leader.

As in the case of Deputy Ren, in China, when a high-ranking Communist Party official commits suicide while being investigated for corruption, it is often reported as a sudden death without an explanation.

It is for this reason that the death of Mayor Liao, who died of an 'sudden disease' at a young age in his 50s, is unfamiliar.

On the 18th of this month, Newsweek's Japanese version reported that Mayor Liao died suddenly two days after the 'Salting Work Conference', led by Premier Li Keqiang, aimed at eradicating corruption, was held on the 25th of last month.

It is said that the anti-corruption campaign led by Prime Minister Li was aimed at 'Xi Jiajun', and in the process, Mayor Liao became a victim.

This analysis has nothing to do with the recent rise of Prime Minister Li, both inside and outside Beijing's political circles.

Li Keqiang, second in the ranks of the Communist Party of China's Central Politburo, has long been called the 'forgotten prime minister' under the momentum of Xi Jinping, who has been expanding his grip on state affairs with the aim of a third consecutive term.

However, as President Xi's 'zero corona' policy is rupturing in various places, internal dissatisfaction is growing, and the economic downturn is deepening, it is predicted that a third term will be difficult.

The newspaper reported that Premier Li Keqiang, who was evaluated as the 'forgotten second-in-command' in the power system centered on President Xi, is now showing his presence again. It is said that there is a prospect that 'Reconomics' will return.

On the 14th, the People's Daily, the official newspaper of the Communist Party of China, reported on almost two pages of Prime Minister Li's speeches.

The People's Daily delivered a speech at the Yumjeong Workshop of the State Council held on the 25th of last month with close to 10,000 characters on that day.

Nihon Keizai explained that there was a lot of turmoil inside the Communist Party after this report.

The newspaper analyzed that it would be "a move to balance President Xi's strong power."

The recent rise of 'Li Keqiang's long-awaited theory' is drawing attention as it is analyzed that it is also linked to the political position of US President Joe Biden, who is desperate to win the midterm elections in November.

President Biden is on a losing streak in the midterm elections as US voters are increasingly dissatisfied with the Democratic administration amid the effects of inflation that has soared to its highest level in 40 years.

To win the midterm elections, we need to control inflation, but the outlook is bleak.

The U.S. central bank, the Federal Reserve (Fed), has taken a so-called “big step” to sharply raise the benchmark interest rate to catch inflation, but as a side effect, the stock market plunged and corporate earnings deteriorated, and voter dissatisfaction is growing. .

A recent opinion poll released during President Biden's Asia tour also found that his approval rating for running the country was at an all-time low.

The Associated Press, along with the University of Chicago Opinion Research Center (NORC), conducted a survey of 1,172 American adults from the 12th to the 16th and released the opinion on the 20th (local time). was only 39%.

This is the first time that Biden's approval rating has fallen below 40% in an AP-NORC poll.

The change of government in eight years and nine months, triggered by dissatisfaction with inflation soaring to the highest level in 21 years in the Australian general election held on the 21st, could also be a significant shock to Biden.

Newsweek's Japanese version analyzed that China's help would be essential if the Biden administration was to tackle inflation in order to win the midterm elections, and could covertly support Li's faction to get China back into a free economy.

The major causes of US inflation include high oil prices, logistics difficulties, and production disruptions, which cannot be resolved without the help of China, which is acting as the 'factory of the world'.

The problem could be resolved if the Biden administration supports Li Keqiang, who supports a free economy system, behind the scenes instead of Xi Jinping, who dreams of a return to Maoism, to resolve the 'zero-corona' policy and have China mediate the Russian-Ukraine armistice. explained.

In the Japanese version of Newsweek, from this point of view, President Biden visited Japan to launch the Indo-Pacific Economic Framework (IPEF) and to attend the Quad (US, Japan, Australia, India) summit, but the real purpose is to contain China. pointed out that it may not be

The magazine said, "Facing on the brink of defeat in the midterm election because he failed to catch inflation, Biden can't afford to worry about a Chinese blockade right now." There is," he pinched.