The leaders of the four countries, the United States, Japan, Australia and India, gathered today. There was discussion over how to check China, which is trying to expand its power in the Indo-Pacific region, and China was once again furious. 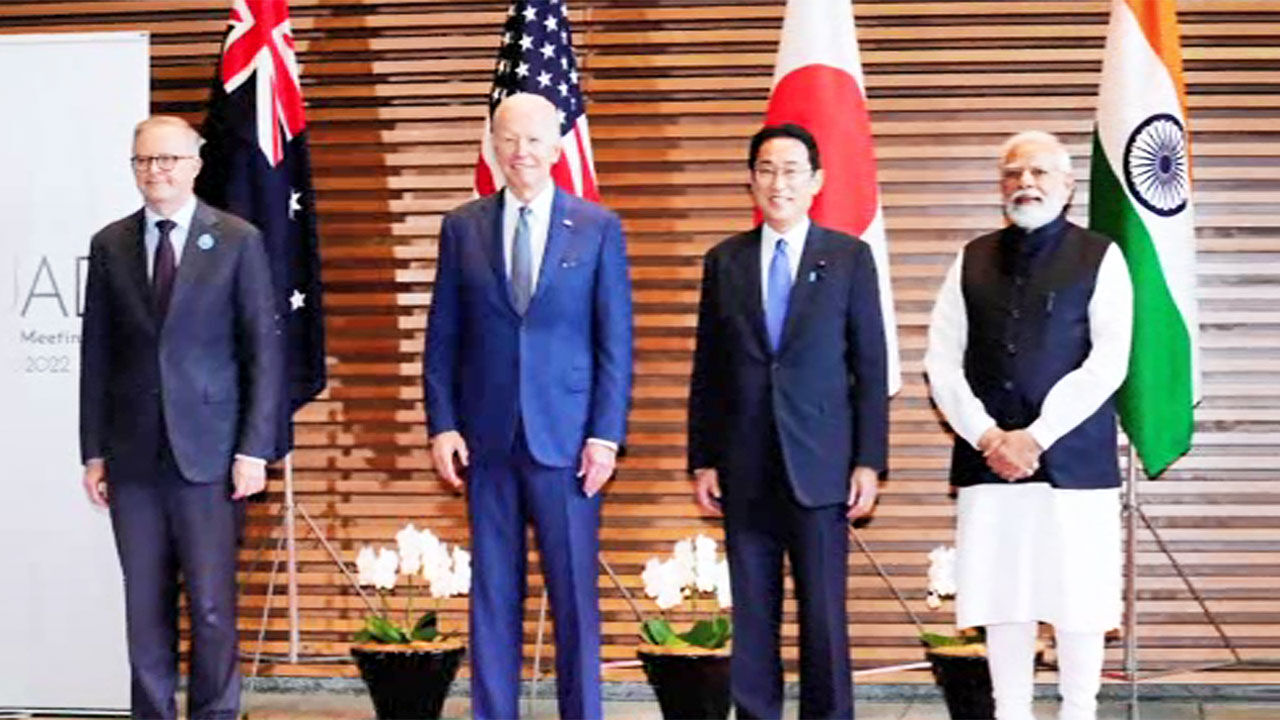 There was discussion over how to check China, which is trying to expand its power in the Indo-Pacific region, and China was once again furious.

Correspondent Park Sang-jin delivered the news from Tokyo, Japan, where the meeting was held.

The quad face-to-face summit is the second after being held in the United States in September last year.

[President Biden/USA: We have a lot of work to do to keep the region peaceful and stable.]

The core agenda was measures to contain China.

[Kishida/Prime Minister of Japan: I have confirmed that any attempt to change the status quo by unilateral force will never be tolerated anywhere, especially in the Indo-Pacific.]

Cooperate with advanced technology supply chains such as 5G mobile communication to de-China communication equipment In the meantime, we agreed to cooperate in tracking and monitoring illegal fishing in China using satellite-based systems.

This is a check in against the US encirclement strategy in China, but in relation to the Taiwan issue, he once again made a thorny remark.

[Wang Won-bin / Spokesperson of the Ministry of Foreign Affairs of China: I suggest that the United States listen to an old song circulated in China.

When friends come, there is a good drink.

If Seungnyang arrives, he will be hit with a shotgun.]