With the Luna-Terra incident as an opportunity, even in the political circles, there are voices calling for measures to protect investors in virtual assets. The government and the ruling party held an emergency meeting today to foretell thorough supervision of the standards for listing virtual assets on exchanges. 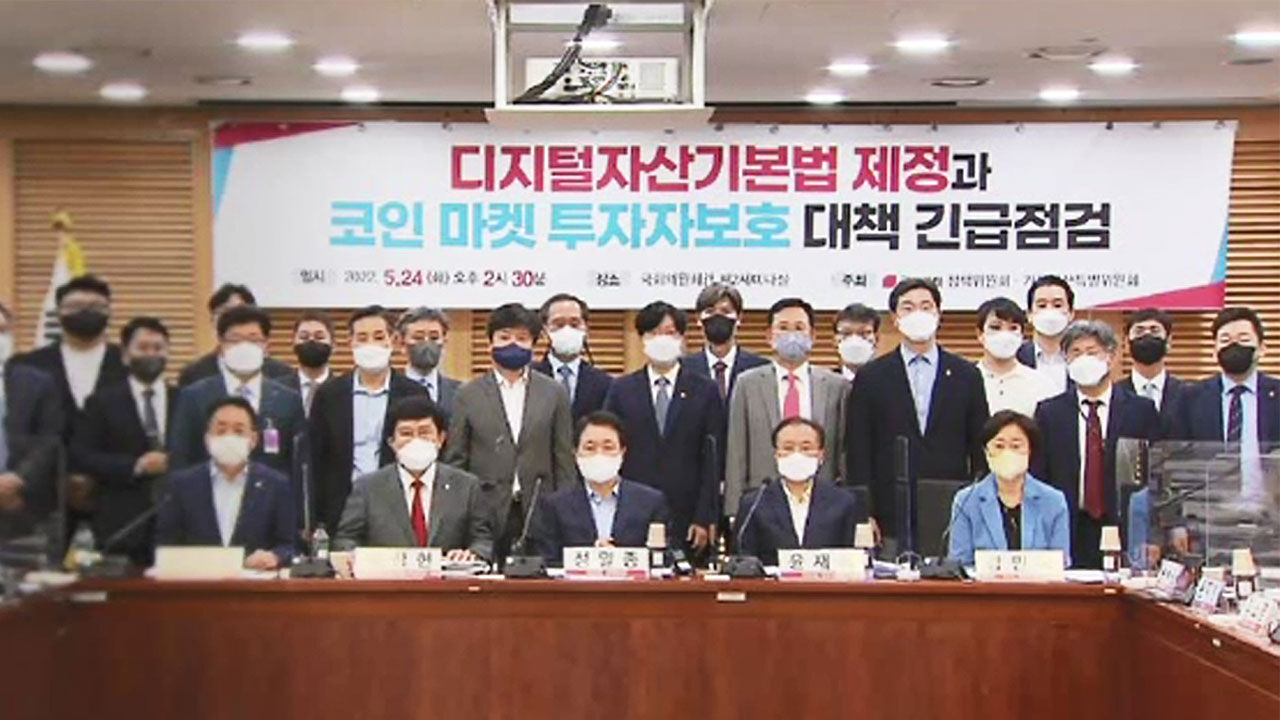 With the Luna-Terra incident as an opportunity, there are voices from the political circles calling for measures to protect investors in virtual assets.

The government and the ruling party held an emergency meeting today (24th) to foretell thorough supervision of the standards for listing virtual assets on exchanges.

At an emergency party meeting to discuss countermeasures against the Luna-Tera collapse, the ruling party members criticized the representatives of major domestic exchanges who attended the meeting.

It is said that investor protection was left behind, with some exchanges still not delisting, even though the transaction volume of Luna skyrocketed due to this incident, and some exchanges were taking billions of won in commissions.

[Kang Min-guk / People's Power Rep.: No matter how the related laws and systems are not in place, the damage to investors is clearly suspected, right?

This can also be seen as 'Isn't this an act of encouraging speculation'...

In particular, he emphasized the need for thorough supervision, stating that each exchange has different standards for listing and delisting.

The exchange side bowed its head, saying that it felt responsible for the damage to investors.

However, he argued that it is difficult to establish standards that apply to all exchanges due to the nature of the virtual asset market, where investors can freely trade overseas.

[Lee Seok-woo / CEO of Dunamu: It is possible to send money overseas, and domestic users can also use overseas exchanges.

But if you keep saying that we should set a uniform standard there, it can't be.

The financial authorities also explained that they would join the enactment of the Basic Act, saying that there is no legal basis for regulating virtual assets as they do not currently fall under finance.

[Kim So-young/Vice Chairman of the Financial Services Commission: Currently, there are 13 bills pending in the National Assembly to protect virtual asset investors, etc.] The

government and the ruling party decided to come up with a minimum regulatory measure by first revising the enforcement ordinance before the time-consuming amendment of the law. I did.

Request for Emergency Freeze of Funds