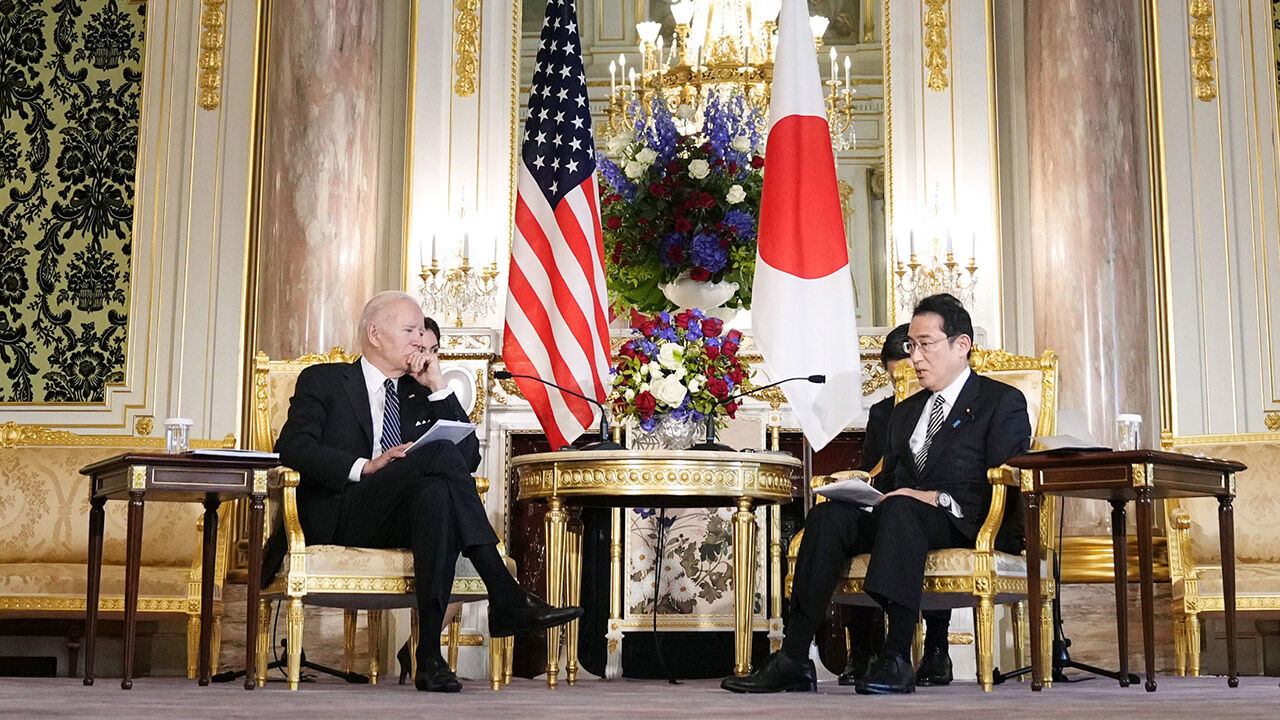 On the second day of his visit to Japan, President Joe Biden hosted the 'IPEF for Prosperity' launch event in Tokyo, Japan, and announced the official launch.

With this, the Biden government has formalized its intention to press China in all directions by establishing an 'economic encirclement' with alliances as well as security and military fields in the Indo-Pacific region.

This is the nature of the 'counterfeit' of the US in response to China taking the lead in the 'Regional Comprehensive Economic Partnership Agreement', that is, the RCEP, the world's largest free trade agreement, as it expands its economic territory in the Indo-Pacific and increases its influence.

The announcement of the launch is the result of seven months after President Biden attended the East Asia Summit via video in October of last year and announced his intention to promote the IPEF.

White House National Security Adviser Jake Sullivan said in a pre-press briefing that 13 countries from the Indo-Pacific region would participate in the IPEF.

First of all, Japan, Australia, New Zealand, and India were listed as well as the United States and Korea.

Seven countries, including Brunei, Indonesia, Malaysia, the Philippines, Singapore, Thailand and Vietnam, also participated in the Association of Southeast Asian Nations, that is, out of 10 ASEAN countries.

It is different from the original expectation that ASEAN's participation will be sluggish, conscious of its relationship with China.

After a military coup took power in ASEAN, Myanmar, Laos, and Cambodia, which had conflicting relations with the United States, were omitted.

Taiwan, which has expressed its intention to join, was also excluded from the list.

US Commerce Secretary Gina Lamondo said the IPEF partners account for 40% of the world's combined gross domestic product, including some of the world's fastest growing and most dynamic countries.

The IPEF differs in that it does not include tariff cuts, which are core to existing general trade agreements, but instead focuses on the four agendas: global trade, supply chain, decarbonization/infrastructure, and tax evasion/corruption prevention.

The US has decided to convene a ministerial-level meeting as soon as possible to further refine the IPEF operation method and agenda for each sector.

It is observed that the US will focus on China's containment, such as focusing on China's trade and economic practices, which have been criticized as coercive, while seeking ways to set standards or cooperate in each sector under the pretext of 'rules-based international order'.

In particular, the US appears to be trying to build a regional supply chain by excluding China in key areas such as semiconductors and batteries.

It can be seen in the same vein that President Biden importantly included schedules related to Samsung Electronics and Hyundai Motor during his visit to Korea.

However, strong opposition from China, which exerts a strong influence in the Indo-Pacific, and the lack of incentives such as tariff cuts necessary to actively entice ASEAN are considered risk factors.

As it is still at the initial level of the four major agendas, it is less concrete, and there are observations that what will be included in the IPEF and how to reconcile the sharp interests of each country will determine the success or failure of the IPEF.