Thomas Friedman: I had lunch with President Biden, but I had a heart ache

The American writer Thomas Friedman said that President Joe Biden invited him last Monday to have lunch with him at the White House, where they had a long conversation on a number of topics. 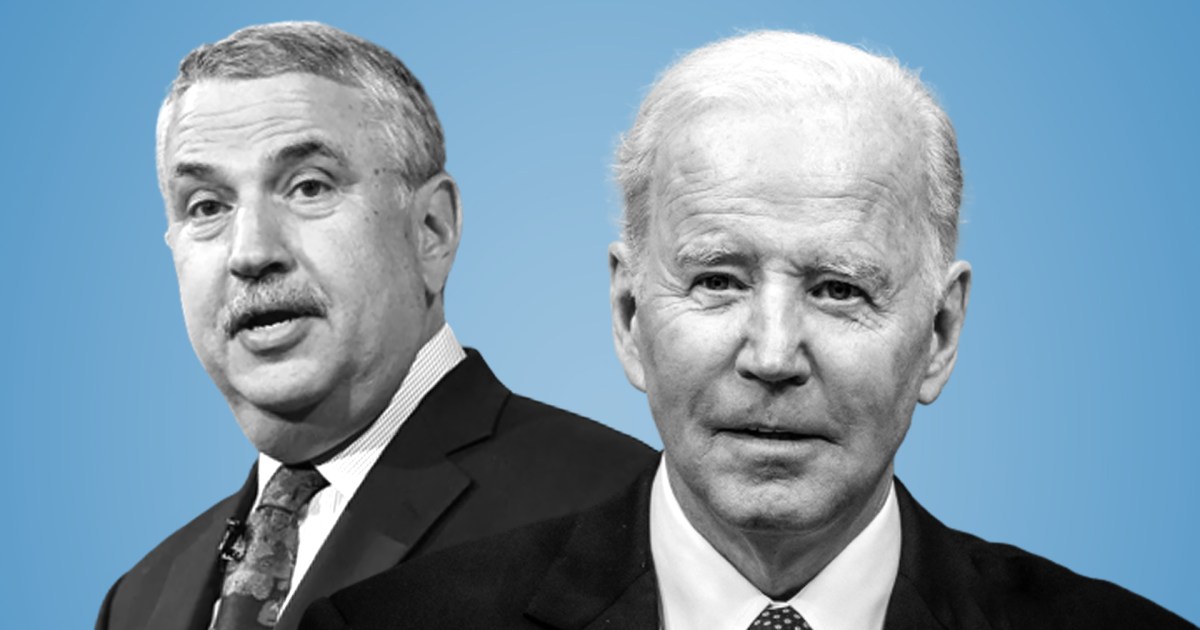 The American writer Thomas Friedman said that President Joe Biden invited him last Monday to have lunch with him at the White House, where they had a long conversation on a number of topics.

in The New York Times that all the topics he discussed with the president are kept confidential and are not publishable, and therefore he cannot reveal everything, except for what he ate and what he felt after that.

He added that the food he ate included a sandwich of tuna salad with tomatoes stuffed in a whole piece of wheat bread, along with fruit salad and a chocolate milkshake as a dessert.

Biden collected the diaspora of NATO

The writer directed his speech to what he called "fools" on Fox News Network who say that Biden cannot connect two sentences together.

He added in a tone not without sarcasm that the urgent news - which belongs to these people - is that the president has just been able to bring together the diaspora of NATO and the Western alliance extending from Canada to Finland and even Japan, in order to help Ukraine protect its nascent democracy from the attack of Russian President Vladimir Putin, who he describes as a fascist.

So Ukraine was able - according to his claim - to inflict heavy losses on the invading Russian army, attributing this to the rapid deployment of US and NATO trainers and the massive transfer of precision weapons, without losing a single American soldier.

Friedman considered this the best management and strengthening of the alliance since US President George HW Bush, who was also said to be unable to formulate two sentences together, even though he helped the collapse of the Soviet Union and the reunification of Germany, without firing a single shot or losing a single American life.

Fearing that the American Diaspora will not be united

The writer did not want to openly reveal his conversation with Joe Biden, noting that what he can read between the lines of the president's words is that he is worried about the possibility of his inability to reunite the Americans, even though he was able to reunite the West.

Friedman noted that it is clear that the president prioritizes American reunification over the "building back better" plan he previously proposed, knowing that this is what prompted Americans to elect him.

Is it too late to put the Americans back together?

However, Friedman wonders in his article whether Biden can restore the bond between Americans, and whether it is too late for that?

He expressed his fear that the Americans will break something very dear to them very soon, "and once we break it, that thing will dissipate and we may never be able to get it back."

By that, he said, he meant "our ability to transfer power peacefully and legitimately, which we have demonstrated since the founding of the American state."

He believes that the peaceful and legitimate transfer of power is the cornerstone of American democracy, and that its destruction means that none of the state institutions will be able to function for a long time, and "we will fall into political and financial chaos."

Trump and the quagmire of chaos

He added that a closer look at America's descent into chaos brings people back to the election of former President Donald Trump and his supporters in the Republican congressional primaries "who want to restrict immigration, ban abortions, lower corporate taxes, pump more oil, and reduce sex education." in schools and liberating citizens from imposing the requirement to wear masks during the epidemic.”

According to Friedman's article, recent primaries and investigations into the January 6 insurrection in the Capitol have revealed a movement by Trump and his supporters motivated not by a coherent set of policies, but rather by the grandiose premise that Biden did not win a majority of the Electoral College. in a fair and impartial manner.

The American writer made a comparison between what the United States is currently experiencing and the conditions that prevailed in Lebanon in the seventies of the last century.

In this regard, he said that based on his journalistic experience, he believes that Lebanese politicians are the ones who plunged their "fragile" democracy into a long-running civil war, expressing his fear that this would happen in America.

He concluded by saying that he left the White House after his lunch with the President with a full stomach and a lump in his heart.