Thirty years after the murder of Judge Falcone: the mafia is not invincible

Giovanni Falcone was convinced that the mafia "was by no means invincible". "It is a human event and like every human event has a beginning and also... 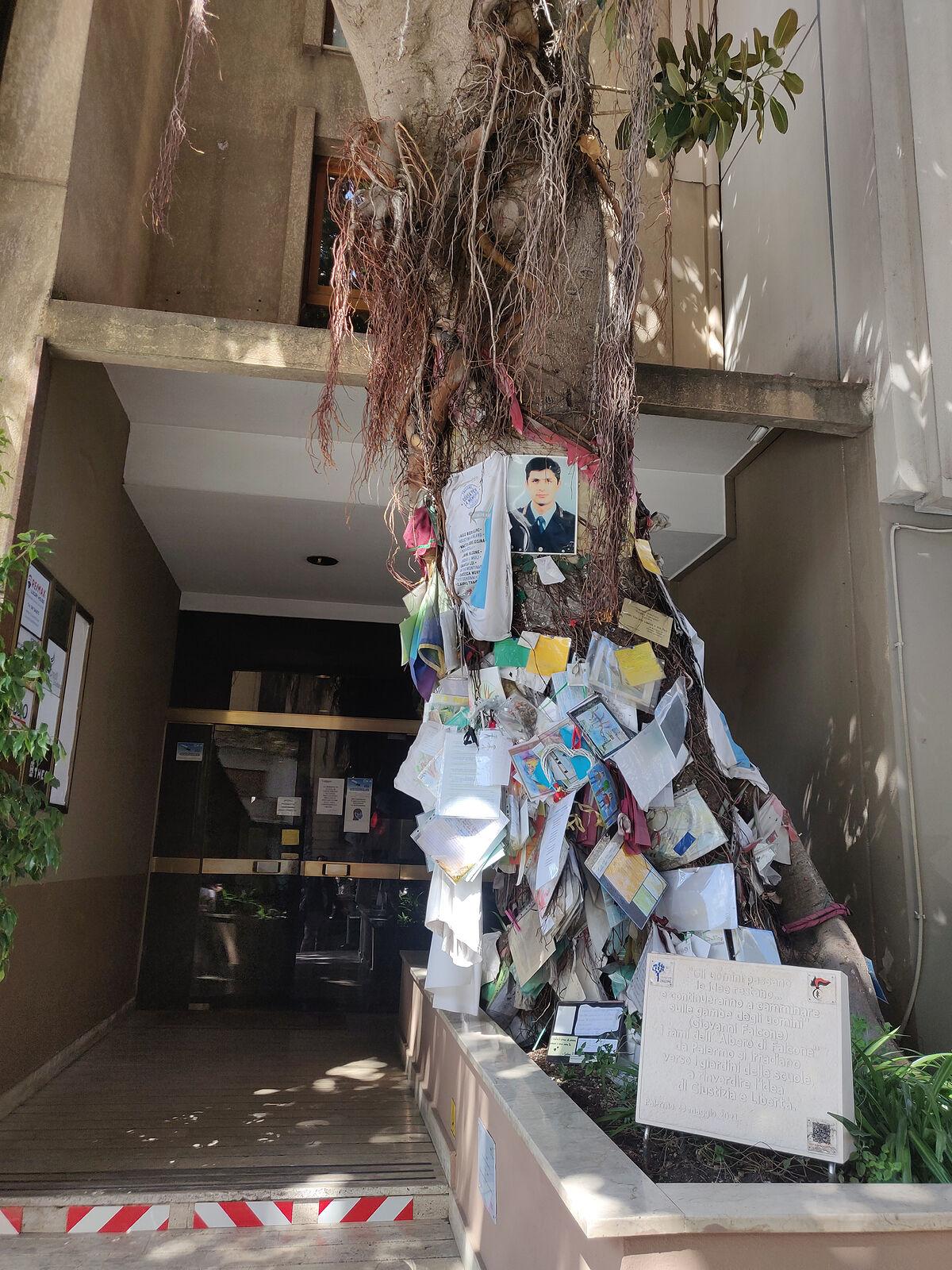 was convinced that the mafia "was by no means invincible".

it has a beginning and it will also have an end

Thirty years ago today, two minutes before six o'clock in the evening, a huge explosion tore out a section of the Palermo highway on which Italy's most famous judge was travelling.

Five hundred kilos of TNT and ammonium nitrate had been placed in a water pipe buried under the highway.

Giovanni Brusca, on the orders of capo Totò Riina, activated the detonator from a nearby hill.

The bomb blew up the car in which three of Falcone's escorts were travelling: they all died.

In the other vehicle, a white Fiat, were Falcone and his wife, also a magistrate Francesca Morvilllo.

Both were ejected and died almost instantly.

The driver, Giuseppe Costanza, sitting in the back, survived, as did the other three agents who were in the car that closed the procession.

At the site of the massacre

, a crater one meter deep

and a mass of bones, stones and metal remained.

The National Institute of Geophysics, in charge of monitoring the beating of Etna, recorded the tremor on the road that led to the Palermo airport.

Thirty years later, a huge monolith recalls that Falcone was assassinated on that curve.

Next to it grow some olive trees whose fruit is used to obtain an oil used in Sicilian churches for anointing.

As if a sacred rite could be born from the pain of an injustice.

"No one had had the courage to tell me anything. I found out what had happened to Giovanni on the news, one Saturday afternoon in May,

while I was preparing a cake for his birthday

: cream and strawberries, like the one my mother used to make , because Giovanni was born when it was the strawberry season".

This is how María Falcone, the judge's sister, recalls it in the book she has just published, 'The Legacy of a Judge', to tell three stories in one, that of an eternal duel, that of a man turned into a symbol and that of a country that finally woke up in 1992.

Falcone's murder was a collective trauma for Italy

," says Rocco Sciarrone, professor of Sociology of the Mafia at the University of Turin.

After the announcement of the murder, hundreds of citizens walked to the judge's house in Palermo, and gathered under the shade of the ancient ficus planted at his door.

Since then messages have been hung from its branches in memory of the judge.

The tree has become a place of pilgrimage and the man, if not a legend, then a kind of national hero.

Less than two months later, on July 19, he was killed in a car bomb attack outside his mother's house,

along with five of his bodyguards.

In January of the following year, the man who had ordered the two murders, Salvatore Riina, Cosa Nostra's best-known capo, was arrested while waiting in his car at a traffic light, thanks to a tip from a police informant. .

Totò Riina died in 2017, old, sick with cancer and without ever having shown an iota of remorse, in the prison where he was serving a life sentence.

Giovanni Brusca, who had been sentenced to 30 years in prison for activating the bomb that killed Falcone, was released last year, five years ahead of schedule, after benefiting from a reduced sentence for having collaborated with justice.

the awareness of the danger of the mafias grew enormously

, but also the attention of politics and institutions. Italy equipped itself with very sophisticated and advanced instruments to combat organized crime, some devised by itself Falcone, such as the DIA -Antimafia Investigation Directorate-, an organization that brings together the best skills in the different police forces to investigate mafias at a national level", explains Sciarrone, who stresses that from that moment the Sicilian mafia began to lose power and, perhaps for this reason, "

to change its strategy

"Today he resorts much less to violence,

preferring to adopt the methods of corruption

or seek alliances to infiltrate the legal economy," explains Sciarrone.

Furthermore, with the focus of justice placed during the 1990s on Cosa Nostra and Sicily, the Calabrian mafia, the 'Ndrangheta, took advantage of the occasion.

"Now they have dominant positions in drug trafficking and, above all, it is the criminal group that has shown the greatest capacity for territorial expansion, both towards the northern regions of Italy and abroad," concludes Sciarrone.

Six years before his death, in February 1986, Giovanni Falcone managed to try almost half a thousand defendants linked to Cosa Nostra.

The room where the Palermo Maxi-process took place took seven months to build.

For the first time, Italian judges were combating the mafia organization as the great structure that it was.

The almost two years of hearings resulted in 19 life sentences and 2,265 years in prison for different bosses and 'soldiers' of the mafia.

Italy took more than 30 years to hold a trial of such magnitude again.

It was in 2021 and the more than 350 suspected gangsters and corrupt officials charged were linked to the 'Ndrangheta.

That process is not yet complete.

The mafia is not invincible, it has a beginning and it will have an end, Falcone had said.

The phrase did not end there: "Rather, we must realize that it is a terribly serious phenomenon and that it can be won, not by demanding heroism from defenseless citizens, but by committing the best forces of the institutions to this battle."