The man from Madrid who has fed the cast of 'Game of Thrones', Clint Eastwood, Almodóvar and other movie stars since 1976

Rafael García Velasco (1949, Madrid) sat stunned. "What do you think?" Dustin Hoffman asked. Words did not come out. "Jolin, what am I saying",... 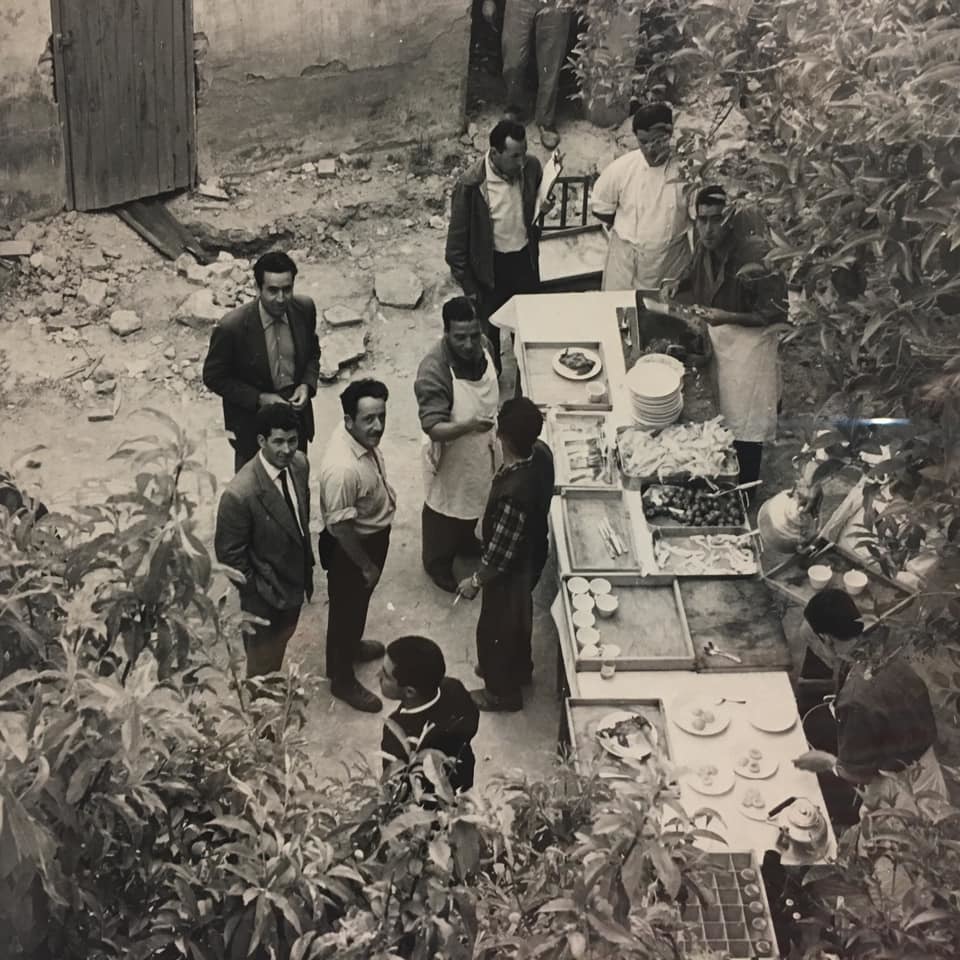 "What do you think?" Dustin Hoffman

Words did not come out.

Damn, what am I saying, he thought.

For several days now, both had been immersed in the recording set of the film

He was in charge of offering his

service to the cast of actors and actresses, in addition to the directors, the production staff and the technicians, who by quick accounts, he says, were no less than 100.

But this anecdote represents only the tip of the iceberg of all the experiences that, due to his work, he keeps in his memory.

Rafael is the director and owner of the

It has been 68 years since his father, Eduardo, embarked on this adventure with

"The Americans were delighted," he recalls from stories he has heard since he was a child.

That was the first push that made the wheels of the trucks move on which his father assembled the kitchens, which at that time worked with wood.

Since then, they have not stopped touring:

Lawrence of Arabia, Cleopatra, The Crown, Game of Thrones, Pain and Glory, The Good Boss

The list, which seems to have no end, includes

recorded in more than 18 countries in Europe and North Africa, as well as

Rafael Catering providing his services in a recording set

Rafael is passionate about his work, anyone can tell when they hear him speak.

He was nine years old when he learned that he too wanted to feed the big stars.

It was on a visit to his father, when he was working on

immersed in that atmosphere of the cinema, which had such an impact on him.

"Here I look perfectly", he said to himself.

He takes a few seconds to think about how many years he's been at this.

Throughout this journey, he has known perfectly the diets, some more extravagant than others, of the great interpreters of the hits of yesterday and today.

Rafael with Terence Hill on the recording of March or Died

His team was in the shadow of one of the sagas that has most captivated the public,

Sometimes they had to take care of the macrobiotic diet that

She remembers that they

, which she liked to eat from time to time.

a vegetable broth, which he always carried in a canteen to drink throughout the day.

was the candy binge, he had a soft spot for sweets.

Over time, he has learned to treasure many surprises, such as when he met

"He thought he was very serious and charming. He chose what was on the

ate like everyone else, standing up, with his tray

Rafael with Clint Eastwood in the movie The Sniper

in all his films.

"He is a person very involved in his world, in his film and in his actors."

He has also seen the great protagonists of national cinema grow up:

Penélope Cruz when she was 17 years old.

desert , where sandstorms are the order of the day.

In general, each shoot involves three or four months of work, although they can reach six.

"Every day we start at six in the morning and finish around six in the evening," she explains.

A little jokingly, a little seriously, Rafael paraphrases the words that he used to hear from his father and that he understands perfectly today: "The good thing about movies and series is that they end."

- He is the director of the first cinema catering company in Spain.

- He has been in the audiovisual sector for 68 years.