A Ukrainian court on Monday sentenced a Russian soldier to life imprisonment for killing an unarmed civilian in the first trial of war crimes during Russia's war on Ukraine that began on February 24. 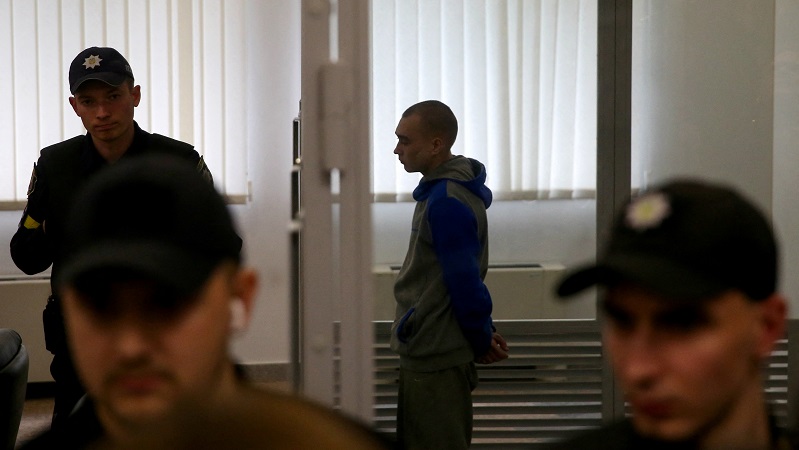 A Ukrainian court on Monday sentenced a Russian soldier to life in prison for killing an unarmed civilian, in the first trial of war crimes committed during Russia's war on Ukraine, which began on February 24.

Vadim Shishimarin, a 21-year-old tank commander, pleaded guilty to killing 62-year-old Oleksandr Shelipov in the northeastern Ukrainian village of Chubakhivka on February 28 after receiving an order to shoot him.

Judge Serhiy Agafonov said Shishimarin: "He carried out a criminal order issued by a soldier of a higher rank and fired several automatic shots into the victim's head."

The accused followed the course of the case silently from inside a glass cage in the courtroom and did not show any feelings when the verdict was pronounced, and according to his lawyer, an appeal against the verdict will be submitted.