Pfizer's Covid vaccine effective for children under 5 with three doses

The Pfizer-BioNTech alliance's three-dose Covid vaccine is safe and effective for children aged six months to five years, the two companies said on Monday, paving the way for the upcoming filing… 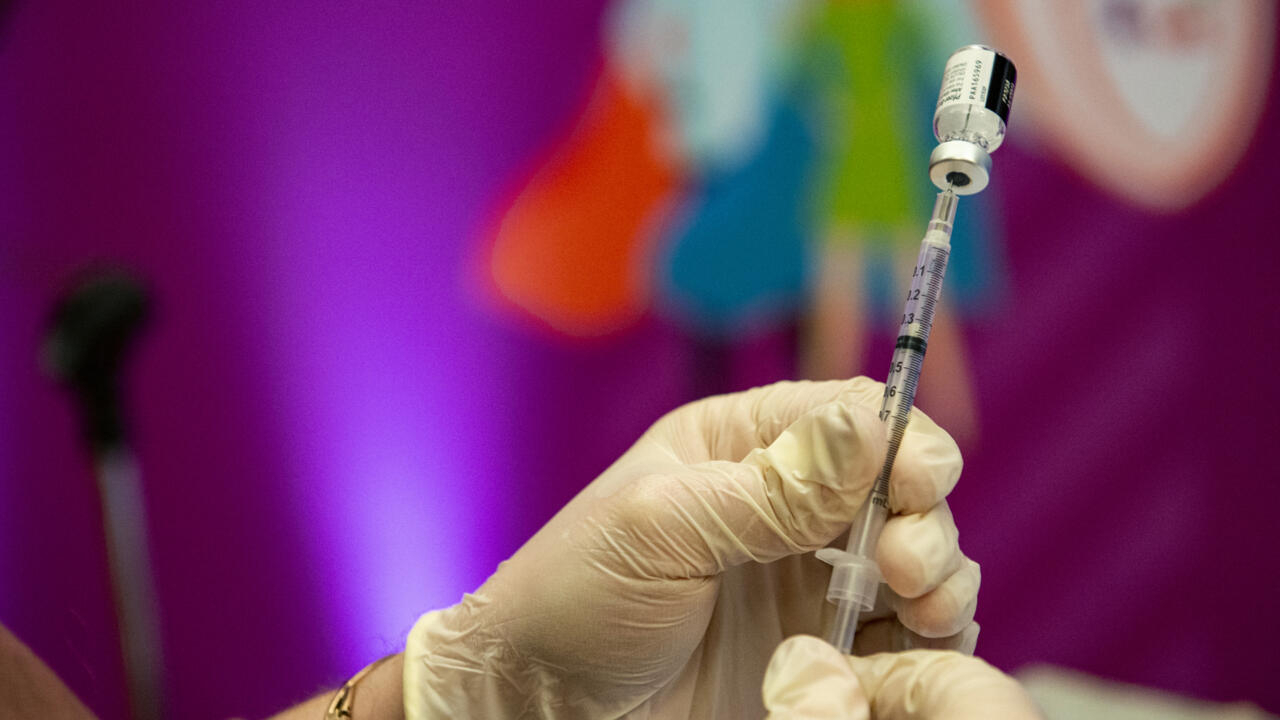 During clinical trials, Pfizer-BioNTech evaluated the effectiveness of three injections, administered at 3 micrograms each, a dosage ten times lower than that used for adults and adolescents.

The alliance found that the vaccine elicited a strong immune response, comparable to that elicited by two doses in 16-25 year olds.

Side effects were generally mild, and the vaccine well tolerated.

Efficacy was 80.3% against symptomatic cases of the disease, according to a preliminary estimate.

The companies said they plan to start filing those results with the US Drug Administration (FDA) this week, before doing so elsewhere in the world as well.

Moderna had filed its own clinical trial results in late April, with efficacy against symptomatic infections of 51% for babies 6 months to 1 year old, and 37% for children 2 to 5 years old.

These youngest children represent the only age group not yet eligible for coronavirus vaccines in most countries.

“We look forward to being able to finalize our filings with regulatory agencies around the world, with the hope of making these vaccines available for the youngest children as quickly as possible”, commented Albert Bourla, CEO of Pfizer, quoted in a press release.

Clinical trials were conducted at a time when the Omicron variant was dominant.

Nearly 1,680 children received the three doses of vaccine, the third being injected at least two months after the second.

So far, from one week after the injection of the third dose, 10 cases of infections have been reported.

The full efficacy analysis will be stopped after 21 cases have been identified.

The FDA was originally scheduled to evaluate Pfizer's vaccine given in two doses in February.

But with a dosage of only 3 micrograms per bite in order to avoid side effects as much as possible, the immune response provoked in the 2 to 4 year olds then proved to be insufficient.

The American agency had thus asked to see the data relating to a third injection.

Many parents look forward to the opportunity to vaccinate their very young children.

But health authorities will also face great skepticism from others.

According to a survey by the Kaiser Family Foundation in early May, only one in five parents of children under 5 (18%) say they will vaccinate them as soon as permission is granted.

Some 38% say they will wait to do so, and the rest say they won't, or only if asked.

Serious health concerns related to Covid-19 are rare in children under five.

In the United States, 477 deaths have been recorded in this age group since the start of the pandemic, or about 0.1% of all deaths.

However, like adults, some children who have been infected with the coronavirus can develop a long Covid.

They can also develop serious cases of pediatric multisystem inflammatory syndrome (MIS-C), as have been the case in approximately 8,200 children in the United States.