Lotan: Is Ukraine's war dragging the world into a new Cold War or World War III?

The development of the Ukrainian conflict is not reassuring, and it seems that everyone finds pleasure in pouring more oil on the fire of this conflict. Will things develop into a cold war only, or does it deteriorate into a third world war? 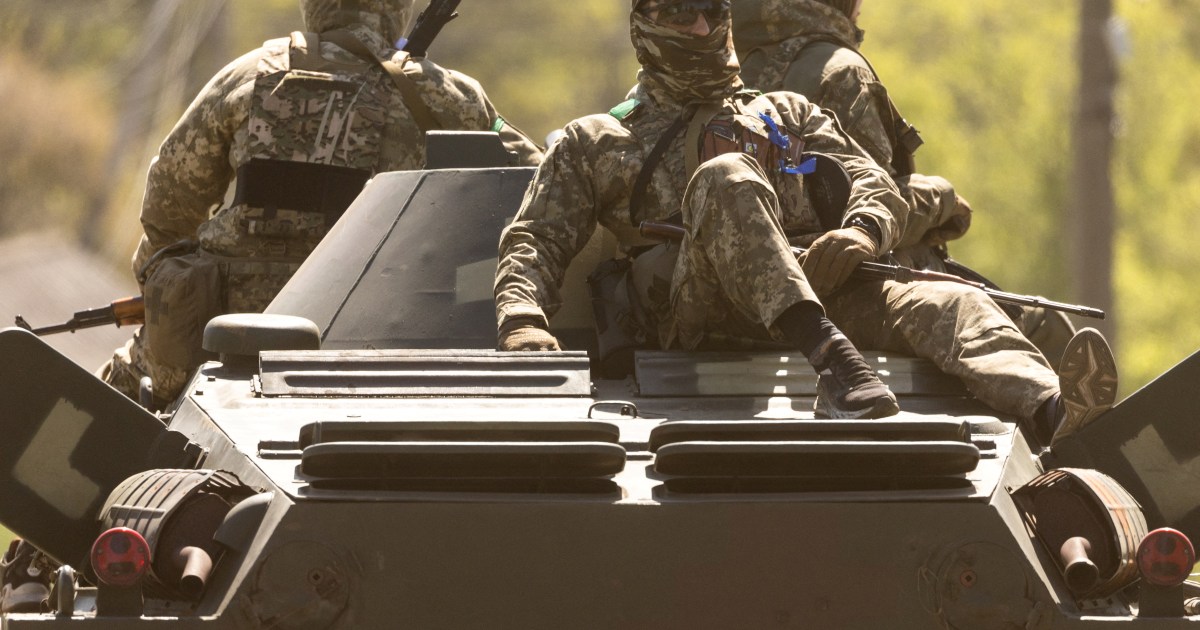 The development of the Ukrainian conflict is not reassuring, and it seems that everyone finds pleasure in pouring more oil on the fire of this conflict. Will things develop into a cold war only, or does it deteriorate into a third world war?

A question by Marie-Helen Myton, a columnist for the French newspaper "Lotan" (Le Temps), expressed her concern about this conflict, stressing that Russian President Vladimir Putin has completely separated Russia from Europe, regardless of what the current war in Ukraine will lead to.

Myton pointed out - at the beginning of her article - that Russia did not gain anything from its invasion of Ukraine, noting that its goal was originally limited to restoring the Donbass River, because Kyiv did not respect the 13-point road map within the framework of the Second Minsk Agreements, signed under the auspices of Organization for Security and Cooperation in Europe in 2015.

Which the writer said that the agreement explicitly stipulated in exchange for a ceasefire and leaving the separatist areas within its borders, and highlighted that Ukraine was required, according to the agreement, to establish a federal governmental organization that would ensure a better deal with regional minorities, as Kyiv had to grant "Special status" for the Donetsk and Lugansk People's Republics.

The writer acknowledged the presence of many bad people within the Ukrainian Azov battalion, saying that some of them are accused of being responsible for confirmed torture or executions, but the writer stressed that Putin's talk - in this regard - about genocide carried out against Russian-speaking ethnic groups in Donbas is exaggerated despite What caused the mutual clashes in this region in the past years of death and destruction, highlighting that the local population in this region did not welcome the Russians and did not view them as liberators.

Whatever the outcome of the Ukraine war, the writer believes that Putin has permanently separated Russia from Europe, made it a pariah within Western society and destroyed its already faltering economy.

The writer added that the Russian president has also strengthened the North Atlantic Treaty Organization (NATO), which is now open to Finland, Sweden, and perhaps even Ukraine itself joining its ranks.

What the Kremlin ignored or did not take into account, according to the writer, is that Russia may enter history as the country responsible for the world's entry into a third world war.

The writer pointed out that the current whirlpool of words and actions could lead to a dramatic deterioration of the conflict, especially as the continuous flow of weapons needed by Ukraine turns the donors of those weapons, whether they like it or not, into parties to the conflict, and this is what the Russians have expressed several times. .

Here, the writer says, we must note and condemn the role of the United States, which exacerbates the already volatile situation;

Whereas former US President Barack Obama refused to arm Ukraine after Russia annexed Crimea, current US President Joe Biden showers it with military aid and supplies it with huge quantities of strategic weapons that cost billions.

The writer says that whoever listens to Biden's violent statements and his tightening of the economic sanctions he imposes on Russia understands, without a doubt, that he does not seek, in any way, to end hostilities or resolve the crisis through negotiations.

The writer believes that Europe is the biggest loser in this catastrophic development, as it always is, warning that the current situation cannot predict its results.

The writer concluded that things will develop at best into a new cold war and at worst into a comprehensive war, noting that the European Union has already been preoccupied with resorting to American fossil fuels, and in purchasing American weapons, and is expected to withdraw for a long time under the umbrella of NATO and under the suffocating American grip on His foreign policy and to abandon all hope of playing an independent and peaceful geopolitical role, in the words of the writer.