The Egyptian Atomic Energy Authority announced the production of new mutations of wheat, which raised questions about the secret of these mutations, whether they were genetically modified, and their health effects, as well as their importance to Egypt, the first importer of wheat in the world. 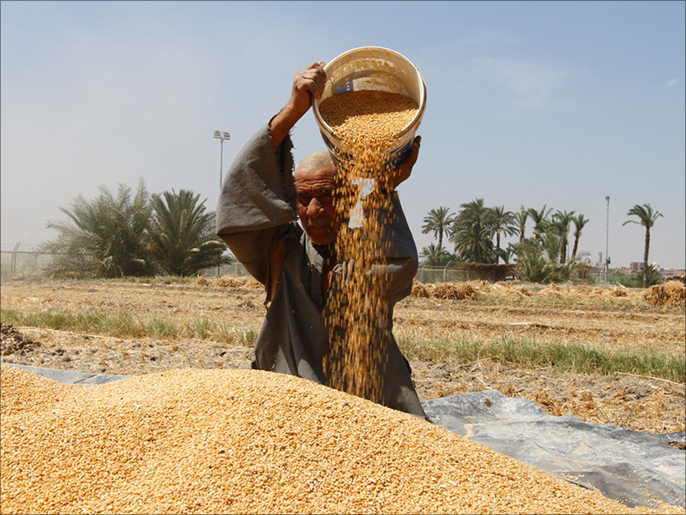 Through a ambiguous statement, the Egyptian Atomic Energy Authority announced the success of its scientists specialized in agricultural research in producing new mutations of wheat, which raised questions about the secret of that mutation and whether it was genetically modified, and its health effects, as well as its importance to Egypt, the first importer of wheat at the level of the world.

The researchers were able to derive a number of high-yield wheat mutants with improved qualities, both in terms of productivity, tolerance of saline lands and resistance to water scarcity, according to the confirmation of the Atomic Authority, which said that the cultivation took place at the authority’s site in the city of Anshas, ​​Sharkia Governorate, which is about 60 km away. about the capital, Cairo.

Genetically modified wheat is genetically engineered by direct manipulation of its genes using biotechnology, and until 2020, GM wheat varieties were not allowed to be traded globally for human use.

Since the start of the Russian-Ukrainian war last February, the Egyptian government has been trying through a package of measures to avoid the country's exposure to a food crisis due to a shortage of wheat, as Cairo relied on Moscow and Kiev to import about 80% of its foreign needs of wheat in 2021.

The new mutations announced by the Atomic Energy Authority, will lead to an increase in the production rate by an increase of nearly a ton per acre compared to the Egyptian varieties currently used, and will reduce the cultivation period, as it takes 140 days from the start of planting until harvest.

The new mutations also produce excellent grains that contain a high percentage of purification, according to what the official authority confirmed.

In this context, Amr El-Hajj, head of the Atomic Energy Authority, says that agricultural booms will contribute to an increase in wheat productivity in Egypt by no less than 33% compared to traditional types of wheat.

Al-Hajj added in press statements that relying on the new varieties would bridge the food gap and reduce the quantities of imported wheat, thus saving hard currency and supporting the local economy.

The authority’s work team is preparing to prepare the samples requested by the Varieties Registration Committee at the Ministry of Agriculture, and the procedures for registering a new variety of grain so that it can be traded takes about 3 years.

For his part, the media advisor to the Atomic Energy Authority, Sherif El-Gohary, called for reducing the stages of adopting agricultural booms, adding that the three-year period is exhausting the efforts of researchers, in addition to the grain production crisis that the world is currently witnessing.

He stressed - in press statements - the necessity of studying the modification of the traditional frameworks used in adopting agricultural mutations, with the possibility of testing and following-up those mutations in the places of their production, by means of specialized official committees with all tests being done on them, to ensure their characteristics and the conditions that allow their use.

Where is the scientific secretariat?

The contradiction between what was announced by the Egyptian Atomic Energy Authority and the International Organization for Genetically Modified Plants, which the international expert in food and advisor to the former Minister of Supply, Nader Nour El-Din, saw as something that does not match the scientific integrity required by the Egyptian authority.

In an article titled "Production of Genetically Modified Wheat in Egypt: A Call for Dialogue", he said that the Egyptian Authority claimed that the production of the new wheat variety took place through natural mutations that occur in the fields, as a result of cosmic radiation and other factors.

Noureddine went on to explain the danger of the modified grains, "GMOs are organisms in which the genetic material of "nucleic acid" (DNA) has been changed in a laboratory way that does not occur in nature, in which some selected genes are transferred from one organic organism to another, and this is done through the use of techniques called Genetic Engineering".

He gave an example by transferring a gene that tolerates extreme cold from frozen ocean fish to some wheat varieties so that the crop could withstand the cold climate.

However, gene transfer is not as easy as expected. According to the former advisor to the Minister of Supply, not all genetic engineering experiments lead to the hoped-for results. He added, "In India, in 2011, eggplants genetically modified to resist insect infections caused swelling and cancers in various parts of the body."

And he indicated that poor African countries refuse to accept aid from wheat produced by genetic modification, so as not to become test mice for the major producing countries.

At the conclusion of his article, the food expert asked, "Will we allow the use of genetically modified wheat in Egypt, despite it being banned from all countries of the world?"

There is a big difference between genetic improvement and genetic modification, according to the professor at the Field Crops Research Institute, Abdel Salam Minshawi.

Menshawi said - in press statements - that genetically improved wheat is limited to human intervention in traditional cross-breeding between the genetic origins that carry the desired traits, adding that this cross-breeding aims to find genetic variations or new genetic structures, through which selection and obtaining new varieties bearing traits. Desirable in productivity and tolerant of environmental conditions.

He stressed that genetic modification is prohibited at the global level, and there are no varieties of genetically modified wheat that are commercially traded.

In 2016, local media reported that the Egyptian parliament was ready to discuss a draft law on “Biosafety in the Handling of Genetic Mutation Products.”

The law prepared by the Ministry of Environment included 28 articles, including encouraging dealing with the maximum safe use of genetic modification techniques, facilitating dealing with other countries in the safe use of genetically modified products with transparency, and emphasizing the consumer's right to freely choose between genetically modified products and other products.

It also included the assessment of potential risks to human health and the environment, including living organisms, from the release of genetically modified products into the environment.

After that, the media did not mention the fate of the bill, whether it was rejected by Parliament or passed.

In 2016, the British Royal Society called for a review of the ban imposed by European countries on genetically modified crops.

The association's president, Venki Ramakrishnan, said it was inappropriate to completely ban GM technology, adding that products should be evaluated individually.

"Genomic modification is a technology that aims to introduce a certain set of traits into plants, and you have to decide which traits are appropriate and which are not in each case," he said, defending genetically modified crops.

This ban on genetic modification was broken by Argentina in 2020, when it authorized the marketing of a type of genetically modified wheat (HB4), becoming the first country in the world to do so.

Last November, Brazil agreed to import Argentine flour made from wheat genetically modified to resist drought and common herbicides, making it the first market in the world to grant that approval.