Erosion at Cap Ferret: a man fights against the sea with a 450-meter dike

The government unveiled, Wednesday, May 4, the list of 126 municipalities classified as priorities in the face of coastal erosion and the decline of the coastline aggravated by global warming. The text provides for new town planning constraints and building bans. Report from Cap Ferret, where a man struggles against the sea with a 450-meter dike. 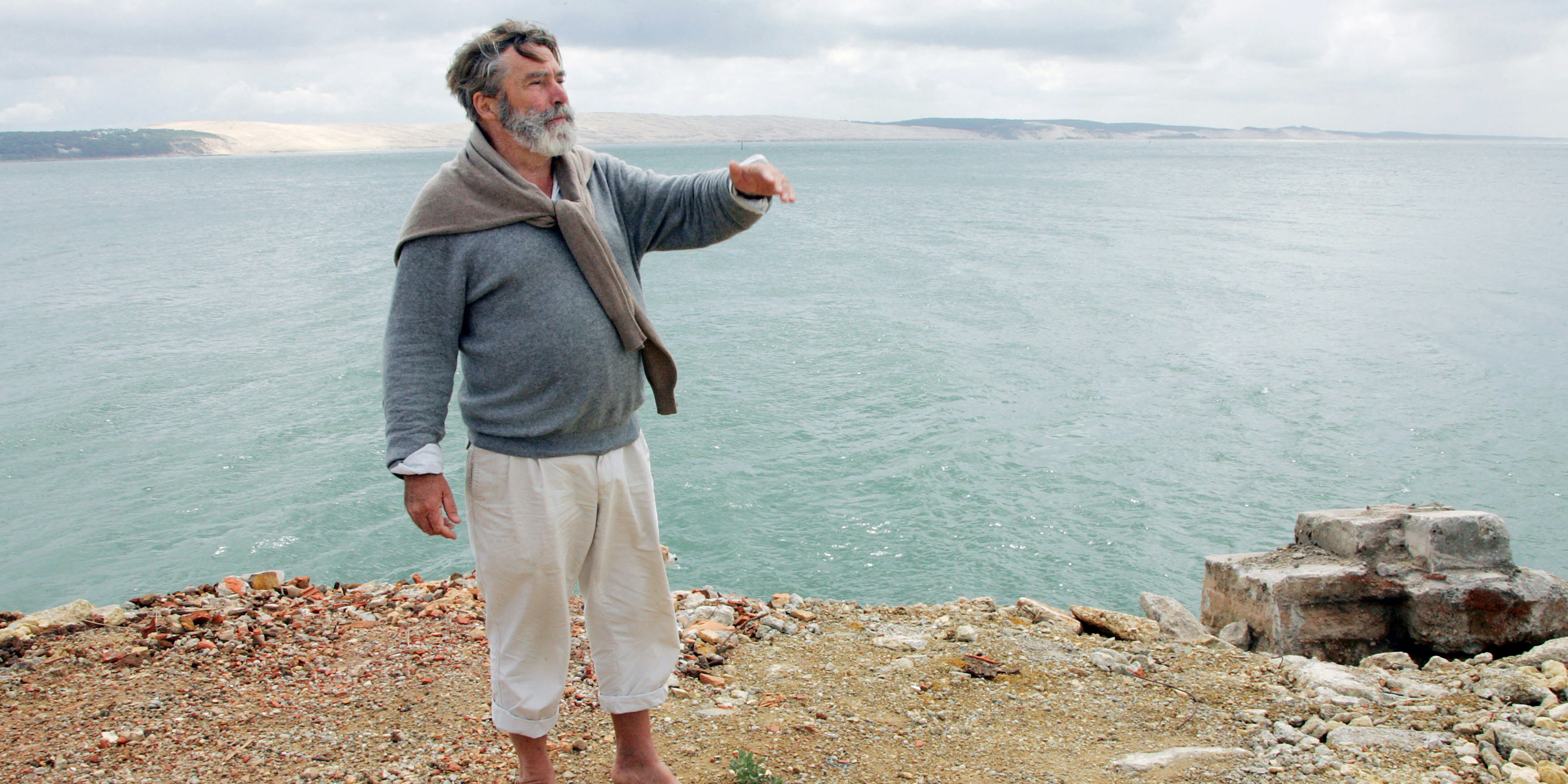 The government unveiled, Wednesday, May 4, the list of 126 municipalities classified as priorities in the face of coastal erosion and the decline of the coastline aggravated by global warming.

Report from Cap Ferret, where a man struggles against the sea with a 450-meter dike.

In front of his wooden house, Benoît Bartherotte faces the sea and the Dune du Pilat, alone, at the very end of the tip of Cap Ferret.

Pointing his finger towards the sea, he describes: "There, you see this beach on the right, it continued with dunes and now you only see the sea!".

To save his little paradise that the waters are engulfing, the man has built a 450-meter dike with his own funds for 37 years, on all the contours of the point, to face the currents.

Rocks, concrete and sand have repelled water for over 20 years.

The 75-year-old affirms that without its sea wall, Cap Ferret would have disappeared today.

"If it leaves, there are two or three hundred barracks that will disappear in the next two or three years. You can imagine, the current that hits us! It's 400 million cubic meters twice a day, that would be swept away very quickly if my dike did not hold".

At first controversial because it was built in the public domain, its construction is now deemed to be of public utility by the Coastal Risk Prevention Plan.

The city of Lège-Cap-Ferret is part of the list of 126 municipalities unveiled by the government, which will have to adapt as a priority to erosion aggravated by global warming.

The town hall will have to map the areas threatened by the rising waters, at 30 and 100 years, to establish new rules for land use planning.

Because if the dam built by Benoît Bartherotte has postponed the natural deadline and relieved the inhabitants, the mayor of the city remains very realistic.

Despite the building, two hundred dwellings are still threatened by erosion between now and 2050 to 2100. Properties worth 5 to 10 million euros, located on the seafront. So the mayor, Philippe de Gonneville is very worried: "Where to relocate them to Cap Ferret? I don't know. If we stay in the same town, we can relocate them to the town. But in the town, there is neither the proximity of the basin of 'Arcachon, nor from the sea'.

"You can't fight against the forces of nature"

The elected official therefore proposes a compensation fund to encourage the inhabitants to move gradually, when the sea has regained its rights.

He is not the only one to be worried about the situation at Cap Ferret.

Élodie Martinie-Cousty, pilot of the France Nature Environnement ocean, sea and coast network, strongly condemns Benoît Bartherotte's dike: "It poses a problem! A hard point on a sandy and moving coast changes the movements of the sand, the currents, and therefore the erosion will accelerate on the parts that are not directly affected by the dike, but right next to it. The best solution is to let nature take its course and push back the hard points. houses on the coast or the dykes. Either way, they are not high enough to protect you from the rising waters".

According to her, this would also be the way to preserve the landscape: "We cannot build them on all the coasts, otherwise we would have more sandy beaches, we would have more pleasure in enjoying our still somewhat wild coastlines. We cannot fight against the forces of nature which are far superior to ours".