Ciudadanos has presented an initiative in Congress to urge the modification of article 2 of the Constitution with the aim of eliminating the "distinction" what... 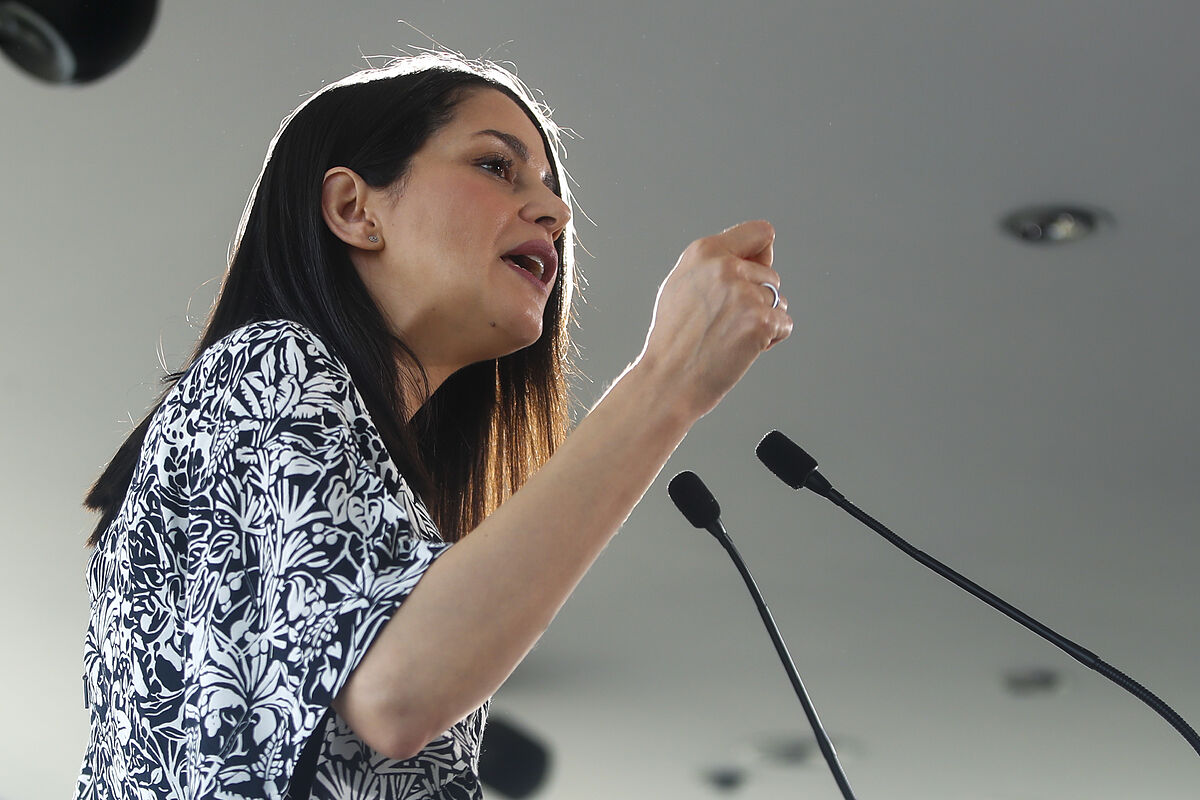 article 2 of the Constitution

with the aim of eliminating the "distinction" that it makes that Spain is made up of "nationalities and regions".

Instead, the liberal party proposes that the wording of the Magna Carta state that the Spanish nation is "made up of 17 autonomous communities and two autonomous cities."

Inés Arrimadas wants to force this debate after the PP has been involved in a great controversy for two episodes due to the new nuances in its position driven by the new direction of the popular.

On a visit to Barcelona, ​​Alberto Núñez Feijóo described Catalonia as a "nationality".

And, days later in an interview in EL MUNDO, the party's number three,

, referred to Spain as a "plurinational" country.

A concept that he later corrected and assumed had been a mistake.

Thus, Ciudadanos digs into this mess that the PP is trying to get out of.

seek with their non-law proposal to force the

to portray themselves and face that debate in Congress, with a vote in between.

In addition, this comes in a context that is absolutely marked by the regional elections in Andalusia.

For this reason, the Liberal Party is going to try to the extent possible that this debate and vote can take place before the polls open on June 19.

The leader of Ciudadanos, Inés Arrimadas, has precisely announced this initiative at an informative breakfast in Seville to present her candidate for the Board, Juan Marín.

She explained that the expression "nationalities and regions" creates autonomies of "first and second" and that "Andalusia has always been placed in the second-tier territories."

In the non-law proposal, to which EL MUNDO has had access, Ciudadanos justifies that the expression "nationalities" in article 2 of the Constitution has left the door open to "a crooked interpretation of the concept of nationality."

In this sense, he says that some "initially innocuous" terms are being used in an "unfair and illegitimate" way to "justify an inequality in the rights of Spanish citizens in the different territories, as well as to disregard some autonomous communities compared to others".

Non-law propositions have no legal value, only declarative and to make a debate and know the majority position of Congress.

A bill would be needed to really open the entire process of changing the Constitution.

The problem is that Ciudadanos has a very limited quota to present this second type of initiative.

In any case, the text would be almost the same.

The proposal urges the Government to promote a reform project.

It is explained in two points.

One, eliminate the distinction between "nationalities and regions" in article 2. And, two, replace its wording with another that "shields equality among Spaniards."

His proposal is that it remain as follows: "The Constitution is based on the indissoluble unity of the Spanish Nation, a nation of free and equal citizens, the common and indivisible homeland of all Spaniards, made up of 17 Autonomous Communities and two autonomous cities, and guarantees solidarity among all of them."