A first military plane arrived Sunday from Europe with tens of tons of powdered milk on board. A first flight as part of the special operation, Fly Formula, launched… 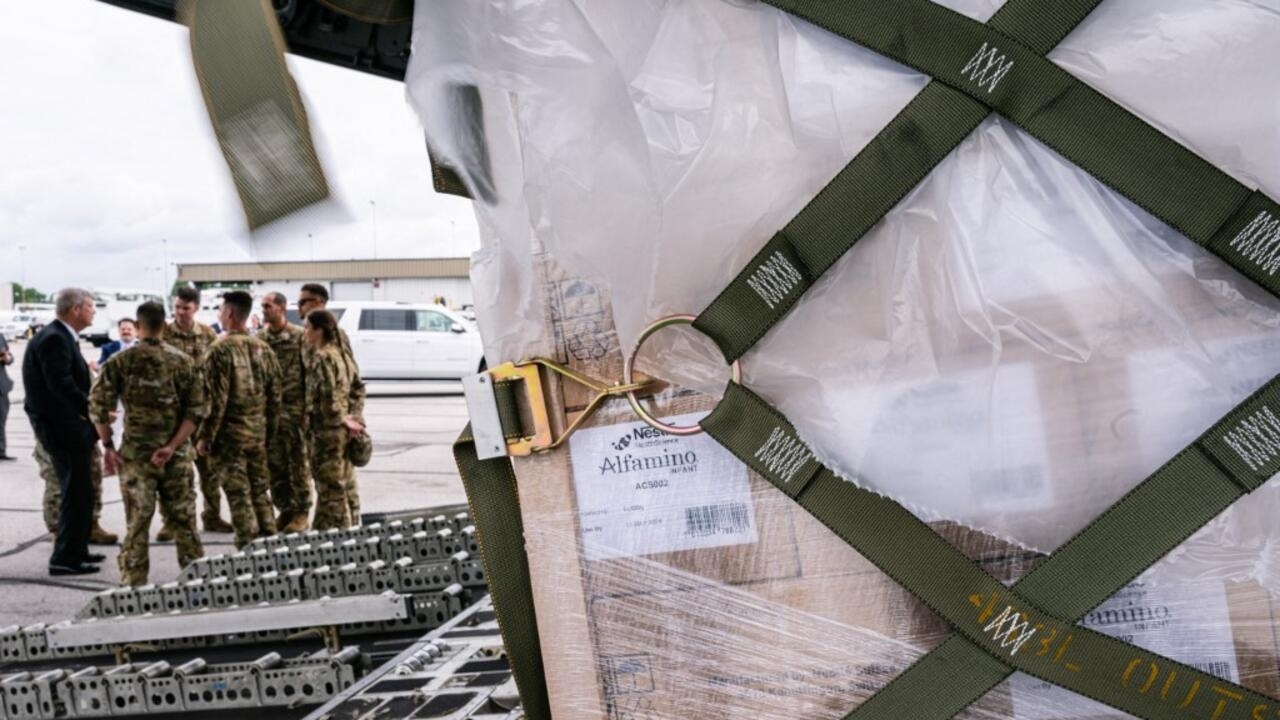 Agriculture Secretary Tom Vilsack greets military personnel as a first shipment of powdered milk from Europe arrives on the tarmac at Indianapolis airport on May 22, 2022. Getty Images via AFP -JON CHERRY

A first military plane arrived Sunday from Europe with tens of tons of powdered milk on board.

A first flight as part of the special operation, Fly Formula, launched by the Biden administration to try to cope with the shortage affecting the country.

The military plane landed Sunday in Indiana where Tom Vilsack, the Secretary of Agriculture had made the trip for the occasion.

On board the aircraft, 132 pallets, more than 30 tons of cans of powdered milk made in Switzerland.

The equivalent of a million and a half bottles.

This shipment contains only special milk for babies with allergies.

This was the priority for the moment, the authorities explained, adding that this milk will be sent to hospitals and pediatricians who will be responsible for sending it to parents.

This arrival is the first in a series of flights promised by Joe Biden, and provided in particular by the American army, via the Ramstein base in Germany.

The administration thus hopes to be able to respond quickly to the current shortage caused by supply problems linked to Covid and the closure of one of the country's main production plants.

More planes are expected to arrive within the week.

Control procedures have been adapted.

What normally takes 3 weeks is now done in 72 hours.