Andersson on Turkey: May take some time

Prime Minister Magdalena Andersson (S) says that talks with Turkey on the country's opposition to NATO membership for Sweden and Finland will continue. - It is good that we can continue this dialogue, but it will certainly take some time, Andersson says to TT. 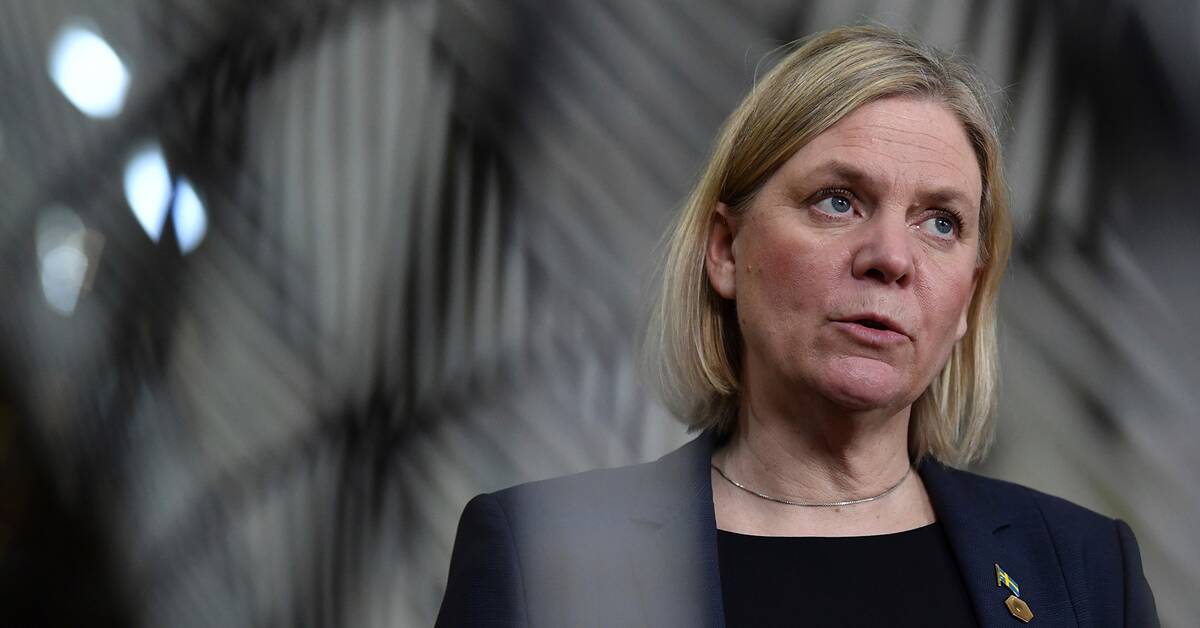 Before the respective applications from Sweden and Finland were handed over to the Secretary General of NATO less than a week ago, most observers agreed that the NATO countries would quickly process the application and prepare for accession.

Then Turkey sat on the sidelines, which seems to have surprised most, including the Swedish Prime Minister and the Finnish President Sauli Niinistö.

When asked if the road to membership can now take longer than she herself initially thought, Magdalena Andersson answers:

- From the beginning, we received positive signals from Turkey on how they would view a Swedish and Finnish application to NATO.

Now we have a dialogue underway.

It will continue and I look forward to it.

In recent days, Turkish government representatives and advisers to Turkish President Recep Tayyip Edogan have made tough demands, especially on Sweden, for the country to give the go-ahead for membership.

All 30 NATO members must say yes.

- I had a good conversation with President Erdogan this weekend and we will continue to have bilateral and trilateral talks with Turkey, Sweden and Finland, Andersson says and says that it will take place "in the near future".

She does not want to say anything about whether the president's attitude in the conversation with her was milder than what others said about Swedish and Finnish membership.

What do you say about the specific Turkish requirements regarding PKK and YPG / PYD?

- There is no doubt that Sweden strongly opposes terrorism and Sweden was early in listing the PKK as a terrorist organization, Andersson says.

She does not want to answer whether she thinks there is a solution with Turkey ready for the NATO summit in Madrid in the last days of June.

- I look forward to the dialogue now, we will get how it develops.

Are you worried that it will stop?

- We will have a continued dialogue, and there are many points for NATO with Sweden and Finland as members.

We would of course contribute to the organization with our military capability and the high-tech knowledge we have, says the Prime Minister.

It provides more security for NATO and it is something that NATO countries want and demand, she emphasizes.

Do you think that Turkey is content with Sweden and Finland adding capacity?

- This is something we will continue to discuss with Turkey.