The Dubai Health Authority revealed the creation of the first license to establish smart clinics in public places, the first of its kind in the country and the Middle East, according to the Executive Director of the Health Regulation Sector in the Authority, Dr. Marwan Al Mulla. 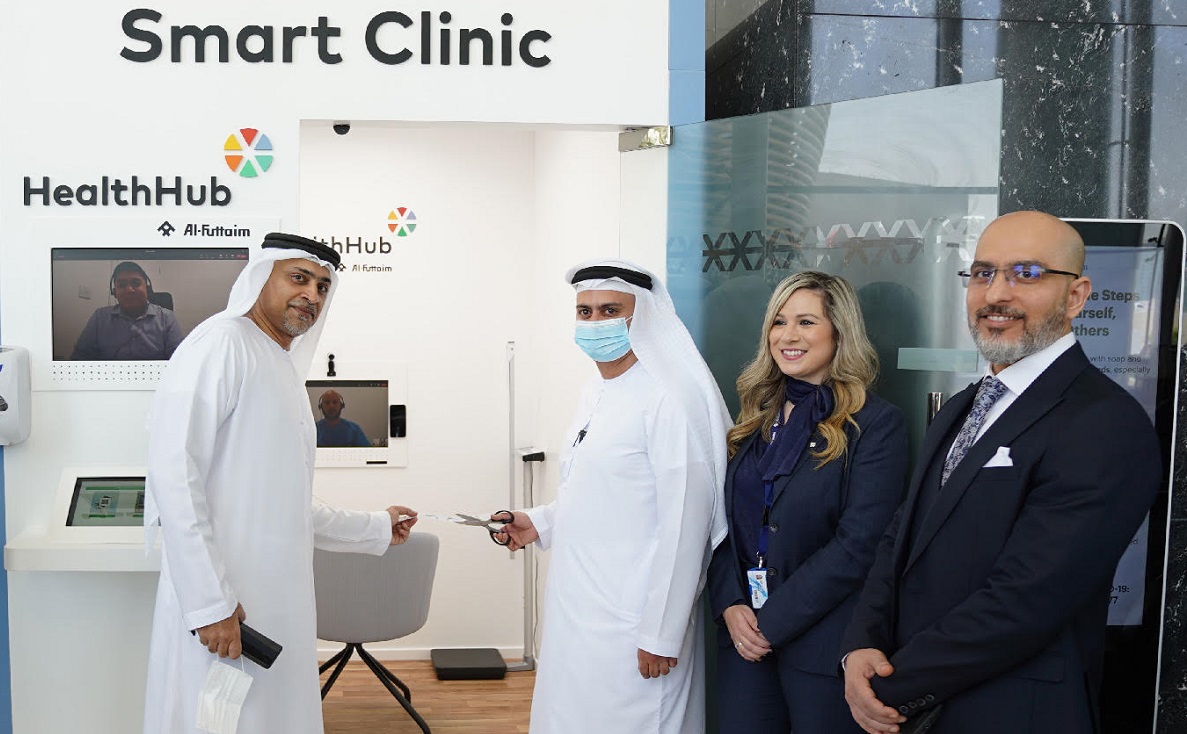 The Dubai Health Authority revealed the creation of the first license to establish smart clinics in public places, the first of its kind in the country and the Middle East, according to the Executive Director of the Health Regulation Sector at the authority, Dr. Marwan Al Mulla.

Al Mulla said in press statements to "Emirates Today" during the opening of the first smart clinic in the country and the Middle East, affiliated with Al-Futtaim Healthcare Group, in the Festival Tower, in Dubai Festival City, that this new service comes within the framework of promoting and encouraging innovation in the health sector in the country, stressing The authority considers the private sector a strategic partner in the development process.

He continued: This clinic, which was inaugurated, is the first to obtain a license, noting that this service includes a great health and economic feasibility, and enables the health sector to make optimal use of resources, as the doctor can treat patients anywhere while he is in his office.

For his part, General Manager of Al-Futtaim Healthcare Group, Dr. Haider Al-Yousef, said that the smart clinic, which was opened yesterday, is the first of its kind in the Middle East, and serves patients in commercial centers and public places, whether with prior reservation or direct attendance.

He stated that the group aims to establish 50 smart clinics, to be distributed in various areas that witness human gatherings, to provide easy medical and treatment services for patients in various specialties.

He stressed that these clinics provide a comprehensive medical examination for the patient, within limited minutes, with the general physician or the specialized doctor, instead of spending more time going to hospitals or clinics, by communicating through advanced smart technological means, enabling him to measure all vital indicators of the body, With the help of a nurse present inside the clinic, where the doctor can hear the patient's heartbeat from a distance, examine him carefully and identify his disease.

He continued, "After examining the patient, the doctor gives him the appropriate medication, or decides to refer him to the specialized doctor if there is a need for that, and emergency cases such as high blood pressure or blood sugar level can be dealt with, by examining and asking for an ambulance for the patient if necessary."

Al-Youssef stressed that the smart clinics support health insurance services, through an identity reader, who can identify the patient's insurance company, so that all his transactions are completed in no more than 10 minutes.

He stated that the technology used in smart clinics is the first of its kind in the country, as it was applied for the first time in America, and after its success it was introduced in the country through smart clinics, which aim to solve a life problem for patients who need immediate medical solutions in terms of diagnosis or treatment. Get medicines.

He added, "We live in an era of continuous development of technology, and we focus our investments on new and innovative technologies to provide better and unique healthcare services, whereby the doctor can know a lot about the patient's condition and monitor him constantly without being near him or even without the patient's presence in the clinic, so he can From dealing with the case according to the indicators he reads through remote devices, such as blood sugar, heart rate, blood oxygen, pressure, and others.