To put an end to the visa hassle that could cost him his job in Dubai and force him to return to his native Lebanon in the midst of an economic crisis, Jad paid nearly 130,000 euros for two… 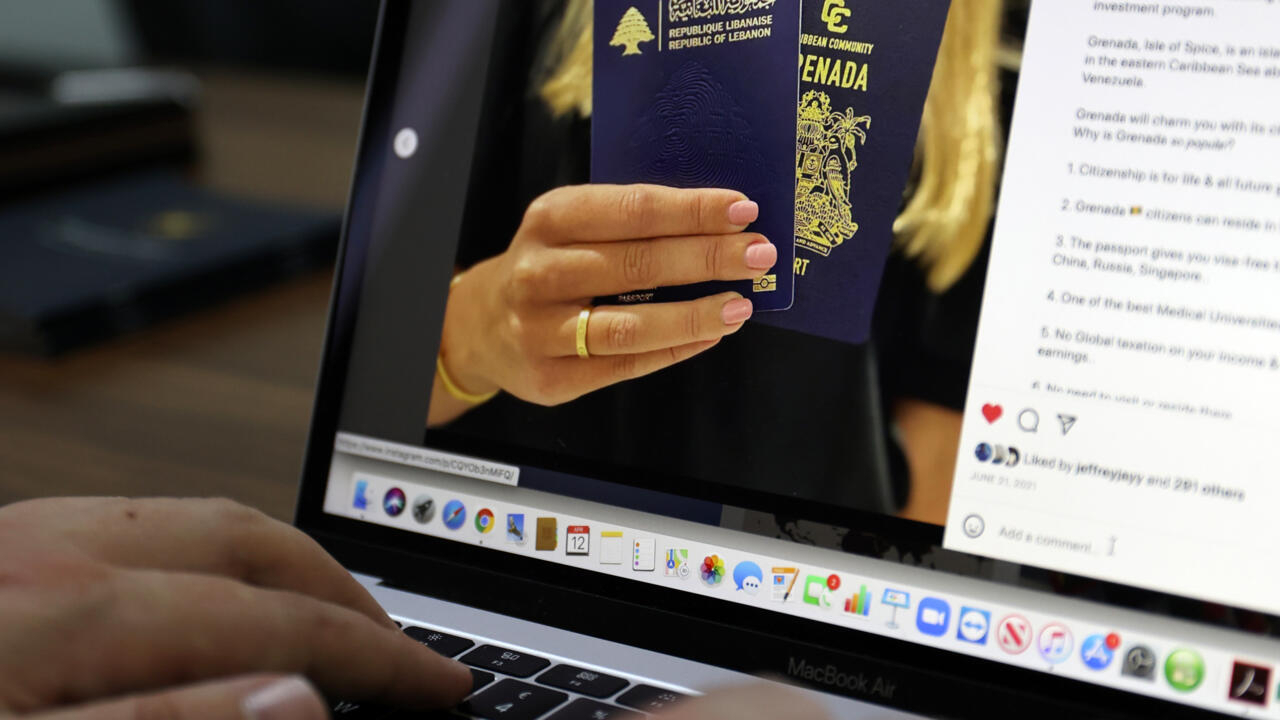 Among 199 countries ranked according to the freedom of movement offered by their passport, the Henley index places the passport of Saint Kitts and Nevis in 25th place, while that of Lebanon is among the worst off.

Since the end of April, it has also been impossible for the Lebanese to renew their passports or obtain one, the authorities having announced that they have stopped printing them for lack of means.

Since 2019, Lebanon has been going through an unprecedented economic crisis, one of the worst in the history of the world since 1850, according to the World Bank.

The national currency has lost more than 90% of its value and around 80% of the Lebanese population is plunged into poverty.

“Three years ago, I would never have imagined buying a new citizenship,” says Jad, saying that she had long suffered from visa procedures for her business trips.

"But now, because of the crisis in Lebanon and because we have the means, we have decided to go ahead," he said.

The Saint Kitts and Nevis passport allows its holder to travel to more than 150 countries without a visa.

The program of "golden passports" issued to wealthy foreign investors in exchange for payments is a controversial practice that has been growing in several countries, mostly benefiting wealthy Russians and Chinese, but also wealthy Iraqis, Yemenis and Syrians.

Since the beginning of the crisis in their country, wealthy Lebanese living in Gulf countries or in Africa have become more and more interested in it.

When Jad first went to Paris with his new passport, security guards told him, "You come from a beautiful country," he recalls.

"But I've never been there," he quips.

Unlike other "golden passport" programs in place elsewhere in the world, that of Saint Kitts and Nevis allows investors to become citizens without having to set foot there.

According to Jad, several Lebanese in the Gulf are also seeking to acquire an island passport, while others are investing in real estate in Portugal and Greece to benefit from "residency by investment" (or "golden visas") programs. .

In October 2021, several Gulf monarchies, led by Saudi Arabia, severed diplomatic relations with Lebanon after comments by a Lebanese minister criticizing the military intervention in Yemen by a military coalition led by Riyadh.

Restrictions on visas issued to Lebanese had been imposed.

"It got me thinking: I don't want to risk my job in the Gulf," said Dubai-based Lebanese businessman Marielli Bou Harb.

The 35-year-old therefore bought Saint Kitts and Nevis passports for his family of four last year, encouraged by a steep discount offered by the islands, whose economy has been hit by the pandemic.

Normally, a Saint Kitts and Nevis passport costs around 142,000 euros.

The growing interest in "golden passports" represents a boon for consulting firms in Lebanon, even though few Lebanese can afford such a luxury.

Ads promoting their services are everywhere: on social media, in the streets, and even at Beirut airport.

"We've grown over 40% between 2020 and 2021," said Ziad Karkaji, founder of Global Pass, a former real estate agency that turned into a consultancy.

According to Jose Charo, director of the Beirut office of the Swiss company Passport Legacy, the Lebanese now represent 25% of their clientele.

Their number has quintupled since the economic crisis, but also after the explosion at the port of Beirut in August 2020, Mr Charo said.

"The industry is not going to stop growing," he added.

The Lebanese "buy their freedom."