Rada, 7 years old, tells of the war: "I saw a big explosion"

Seven-year-old Rada is sitting on the floor waiting to dance. Only when she is on stage can she forget for a moment all the nasty things she has just seen. 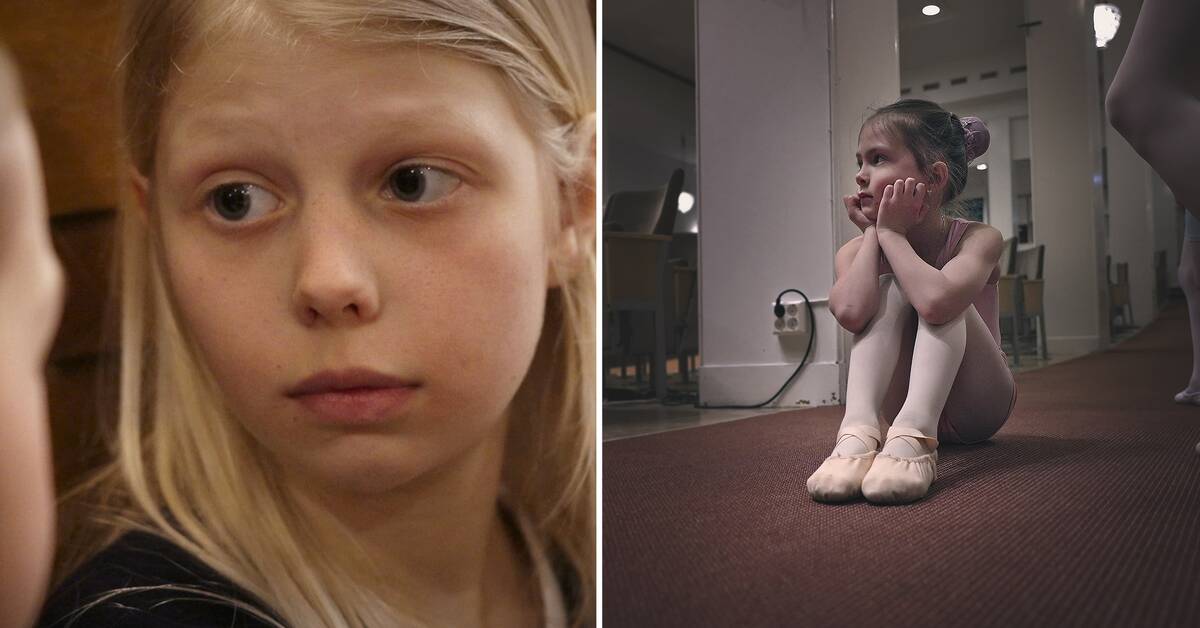 In the Ukrainian city of Kharkiv, houses are crumbling beyond recognition.

Remains of burnt-out military vehicles stand on the streets and playgrounds have been bombed in the parks.

In the middle of the brutal reality of the war were the children.

Ballet student Rada was one of many who were forced to flee their home.

They blew up a factory and you saw a big explosion from our balcony, she says.

Rada went to ballet school in Kharkiv and was able to flee to Sweden with her mother and siblings.

They received help from Stockholm from ballet teacher Eugenia Iashchuk, whose struggle to help her former students is now portrayed in a new documentary from SVT.

Thinking of his friends who are left

But Rada had time to see much of what no child should have to experience.

She talks about tanks on the streets and the fear when the airplane alarms sounded.

- Aircraft flew past our house and it sounded very loud.

We were all very scared.

I sat in the hall all the time and we could barely sleep, says Rada.

The animals were also scared, she says, and they did what they could to help them.

- We took the kittens with us and had them with us.

So that no one would have to die, says Rada.

Today, almost all students from the ballet school have been evacuated to safety.

But she knows that not everyone is lucky.

- Please, help the Ukrainian children, so that they do not get hungry and sit in the terrible shelters, says Rada.

The documentary Ballerinan from Kharkiv can be seen on SVT Play and will be broadcast on SVT2 on 24 May, at 22.00.