PSG: Leonardo, the ousting of an omnipresent but overprotective leader

Leonardo, ubiquitous sports director, polyglot but overprotective, good buyer but bad seller, is the first from PSG in the new cycle initiated by the extension of Kylian Mbappé,… 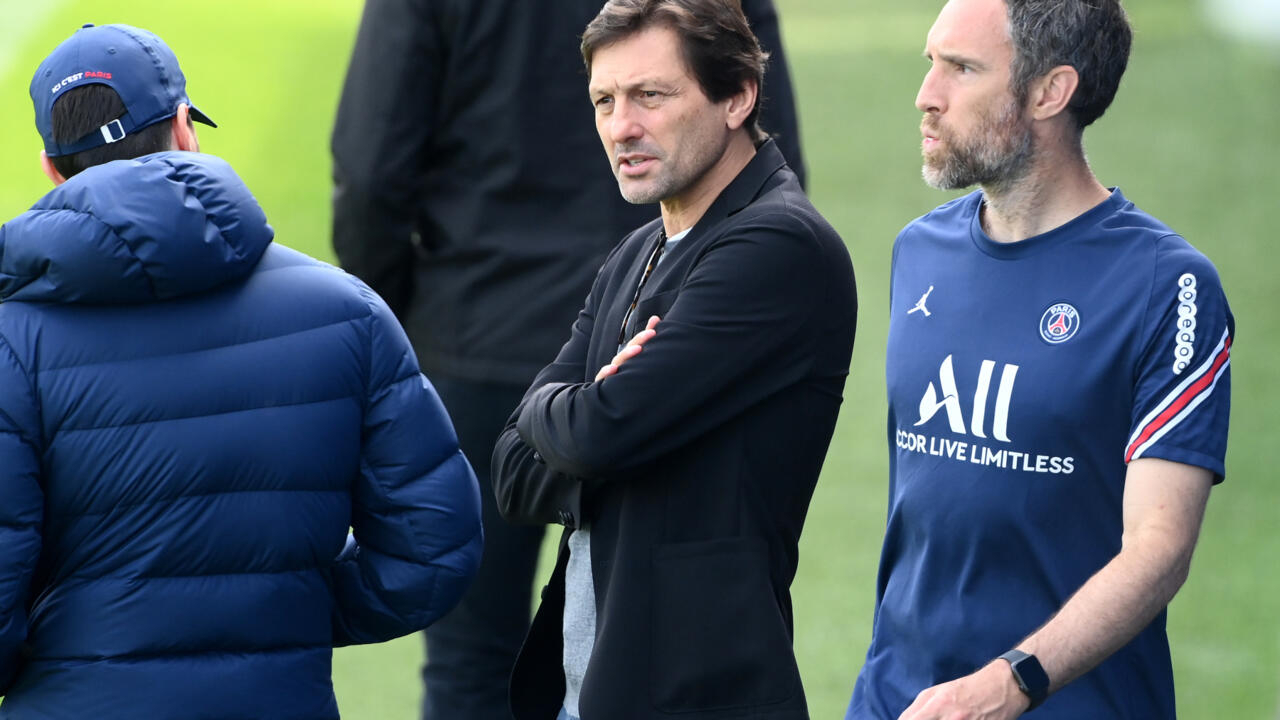 The 52-year-old Brazilian was sacked on Saturday evening during the celebration of the tenth national title, where he did not appear during the festivities.

Basically, maybe seeing him leave was part of the party for Paris SG, who wanted to turn the page on a complicated season.

The face of the former PSG player turned manager remains associated with the incredible failure against Real Madrid, where the club collapsed in 17 minutes (3-1) despite having a foot and a half in the quarterfinals. C1 final.

This disaster sanctioned its recruitment policy, with a lot of purchases of stars and few sales, and its excessive "cocooning" of players.

Since then, "Leo" has been sidelined on the major issue, extending Mbappé, taken over by President Nasser Al-Khelaïfi, who successfully resisted the advances of Real.

For the Qatari, it's time to open a new cycle, centered on "Kyky".

However, the former 1994 world champion winger has already worked to transform PSG under his two terms, from Zlatan Ibrahimovic to Lionel Messi.

First "DS" of the Qatari PSG, from 2011 to 2013, the elegant polyglot Brazilian had built the foundations of the armada of the beginnings, with first Javier Pastore, then "Ibra", Thiago Silva, Marco Verratti or Marquinhos, the the latter two still being mainstays of the team.

The first term of "Leo" ended in turmoil.

He resigned in July 2013 after being suspended for nine months for a scuffle with the referee of a match against Valenciennes, Alexandre Castro, a sanction canceled a year later by the administrative court.

His temper may have also heated up in the corridors of the Santiago-Bernabéu, UEFA having opened an investigation into his attitude and that of President Al-Khelaïfi with the referees.

Back in 2019 at the helm of Parisian sports policy, he again managed some good shots on the transfer window, in particular the superstars Lionel Messi and Gianluigi Donnarumma, who arrived free last summer.

For the time being the arrival of Messi, never at his level of sevenfold Ballon d'Or, is a quack.

But the two biggest hits were made without him, by Al-Khelaïfi himself and Antero Henrique: Neymar and Kylian Mbappé, in 2017.

Internally, Leonardo is criticized for being good on recruitment, but not at all on sales, contributing to heavily unbalancing the trade balance of PSG.

To take just one example, the German Julian Draxler, offered almost everywhere each transfer window, is still there, with his lavish salary, and he hardly plays.

Or the extension last summer of Layvin Kurzawa, who has not played a minute in Ligue 1 this season.

The Brazilian, who knows all aspects of the job for having been an international player, manager and coach, in particular at AC Milan or Inter, is also accused of not having favored the inclusion of the players of the brilliant center training in the first team.

PSG buys a lot of stars, like David Beckham, "bankable" players who sell flocked jerseys in their name, but sometimes to the detriment of a team building logic.

Symbol of this policy which has angered the ultras, the unfortunate Sergio Ramos, injured, who has only played 13 matches since his arrival, and none of C1.

Another reproach circulating in the corridors of the Parc des Princes or the Factory, the headquarters of the club, "Leo", very protective of the players, contributes to isolating the sportsman, described as "an ivory tower" by certain decision-makers, from the rest of structure.

This way of incubating the players may have contributed to their fragile mind, which cracked as soon as Real raised their voices.

An example of this overprotection, season two of the documentary on Amazon ("PSG, Ô ville lumière, 50 ans d'histoire") was a great disappointment at the club because we see too few moments-truths that usually make the richness of this kind of format.

"I want to protect the secret of the locker room", explained Leonardo to AFP to justify the exclusion of more intimate and more authentic scenes which ultimately contributed to making the product too smooth.

Available to the media, "Leo" was the voice of the club, since the president "Nasser" speaks little publicly and Mauricio Pochettino mainly talks about the pitch and very exceptionally extra-sporting issues.

Leonardo helped build a team that reigns over France, but he is leaving after five years of reign, twice, for lack of having won this European crown, the obsession of PSG.