Nitrous oxide: the gas that no longer makes you laugh 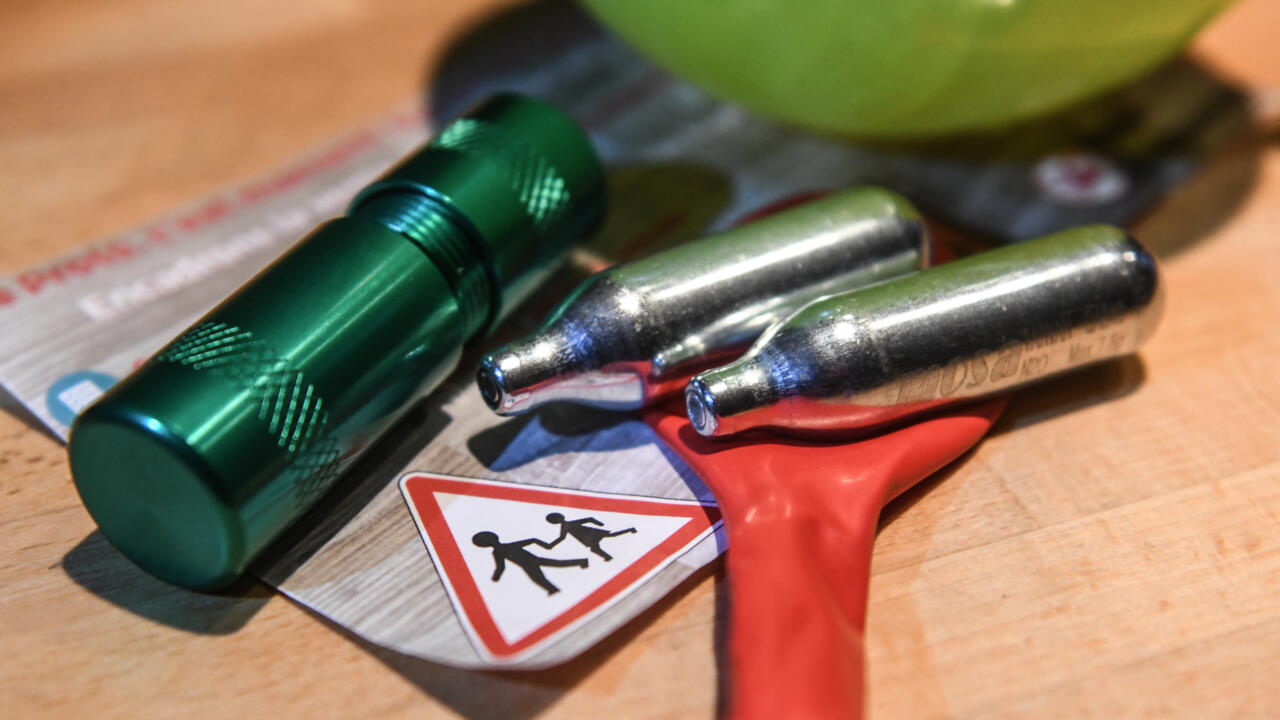 "I didn't realize, I was told: + Don't worry, there is no addiction +", says this young father, who started consuming this gas in early 2020, during a bad patch and as he tried to break free from cannabis.

"I hate this devastating product", he enrages today.

Easily available on the internet, nitrous oxide is used in siphons in the kitchen, as an analgesic in medicine, and more and more often for recreational purposes.

For months, Vincent – ​​an assumed name – inhales a 600-gram canister every evening, alone in his room.

Last July, he found himself "paralyzed in the lower limbs and hands".

"The Samu took me in a wheelchair. I was hospitalized for 10 days", he says.

He then discovers that half of his spinal cord is sclerotic.

Burns, asphyxiation but also neurological, even cardiac or psychiatric problems: the cases of serious disorders linked to the consumption of "proto" have exploded in recent years.

Nationally, around 200 cases of concern were reported in 2020 alone.

Thanks to rehabilitation, Vincent has started to walk again, but he still suffers from incessant tingling, memory loss and muscle weakness.

He should remain on pain medication "at least for the next 10 or 15 years," he said.

"I stopped everything. But a little too late."

After the 75g metal caps for siphons hijacked by teenagers or partygoers for a brief euphoria, over the past three years, 600g "carboys" have appeared with clearly festive marketing, then "tanks" weighing several kilos, paving the way for a intensive consumption.

Consumers fill balloons with a kind of nozzle installed at the neck of the container, before inhaling them.

Some consume it by placing a handkerchief directly on the neck, with an increased risk of burns from the icy gas.

Hauts-de-France is, along with Ile-de-France, one of the most affected regions.

A law adopted in May 2021 on the proposal of a senator from the North, alerted by mayors of her region, prohibits the sale of this psychotropic to minors and its marketing in drinking and tobacco outlets.

"We are at the beginning. It will take a few court decisions to settle," explains AFP Benoît Aloé, head of urban security in Lille, whose teams regularly issue reminders of the law.

The traffic has been organized, as evidenced by significant seizures: more than 15 tonnes in nine months in France, between June 2021 and February 2022, according to the judicial police.

In the evening, "it's well seen" to offer "proto" to "wrap the girls", explains Dr. Jean-Paul Guichard, who works in prison in free screening centers.

"It does not leave an odor, unlike cannabis and alcohol", which according to him facilitates consumption by women.

In prison, the doctor met a retailer and consumer today in a wheelchair, with no hope of walking again one day, for lack of rapid treatment.

The man had presented to the emergency room with motor problems, but the link with this product was then little known.

He had been referred to a neurologist for an appointment two months later.

To better understand, treat and prevent disorders related to the consumption of "proto", the Lille University Hospital launched a pioneering study group in 2021.

It brings together neurologists, biologists, metabolicians, but also psychiatrists, addictologists or pediatricians, who exchange their experiences and launch avenues of research, particularly on long-term effects.

"We don't always know why some have problems after relatively low consumption," says biologist Guillaume Grzych.

"Or why a growing number of consumers are experiencing thromboses", these blood clots that clog veins, with risk of embolism.

“Sometimes they have to hold on to the wall” or move forward with a walker.

“There are also erectile and memory problems,” adds the doctor.

"We do not yet know all the consequences of this product on health."

In the laboratory, Dr. Grzych interrupts to answer the phone: in the emergency room, two patients present symptoms attributable to the consumption of "proto".

Colleagues wonder about the analyzes to be carried out.

The CHU has developed a care pathway which is beginning to be used in other hospitals in the region, as well as in Normandy and Brittany.

But doctors are calling urgently to limit the size of over-the-counter containers and to ban packaging in carboys.