Lotan: Did the battle of Izyum change the course of the war in Ukraine?

Lotan said the Ukrainians are besieging the small town of Izyum that was captured by Russian forces, in a counterattack that could mark a turning point in the war in Ukraine and derail the Kremlin's plans. 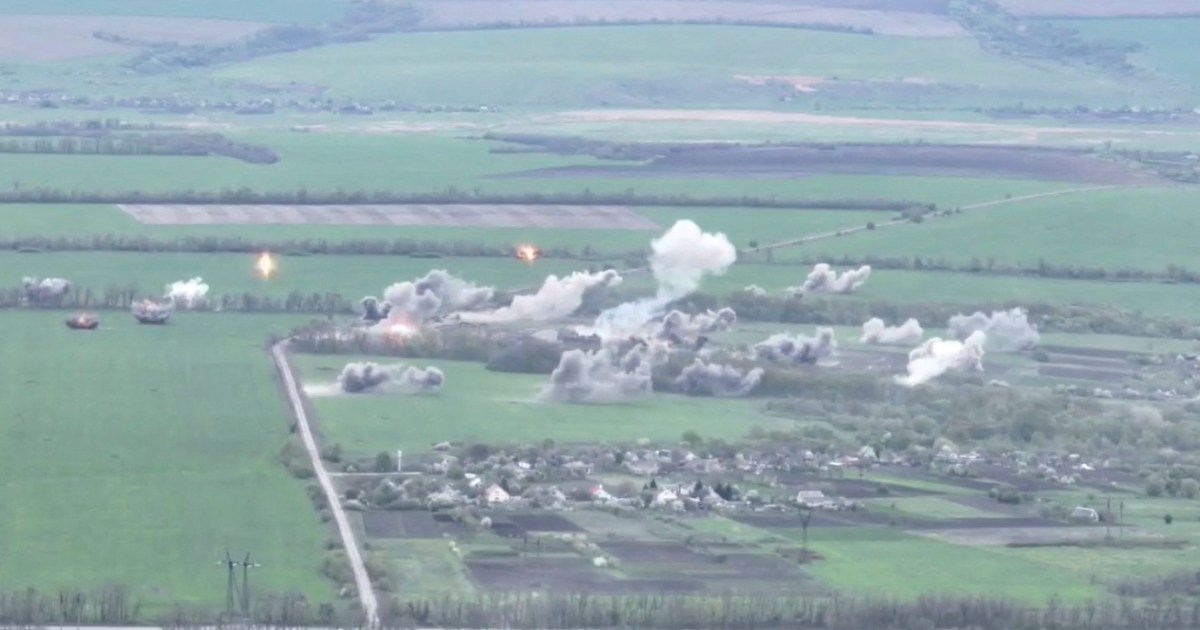 The Swiss newspaper Lotan (Le Temps) said that the Ukrainians are besieging the small town of Izeum occupied by Russian forces, in a counterattack that could constitute a turning point in the war in Ukraine and derail the Kremlin's plans, because this area, which has been bombed for several days, is the cornerstone of the Russian invasion of the territory. Donbass.

And the newspaper explained - in a report by Boris Mabyar - that the apparent calm in this small town located in the south of the Kharkiv region, hides behind the agricultural campaign and the farmers’ preoccupation with making up for lost time due to the war, a decisive military operation brewing there, because this town is one of two important centers for logistics of the imminent counterattack to conquer Donbass and recapture Izyum, a town of great strategic importance in the Russian project of conquest of that Philem.

Since the failure of its attack on Kyiv, the Kremlin has announced - according to the author - that it wants to focus on Donbass as a major military target while defending the positions that were occupied in the south of the country in Kherson and around the Sea of ​​Azov, but the Russian army is still stumbling in the north and east of Donetsk, where the forces gathered The Ukrainians since 2014 are behind fortified and mined lines, from which it is almost impossible to get them out, as the Russian General Staff wants.

According to the Swiss magazine, on the map of the Russian army’s sites and progress, it is noted that it has penetrated in the form of a strip in the Ukrainian territory, and is trying to expand it south to reach the lands it occupies on the shores of the Sea of ​​Azov, thus forming a belt around the Donbass region.

However, the Ukrainians anticipated this movement and stopped it. “The Russian positions have not changed for five weeks...we lost some The ground floor before, but we were waiting for them as we are strong here."

Vladimir Roman believes that preparations for a counterattack are underway at full speed, and that it will happen soon, explaining, "We stopped the Russians and prevented them from capturing the entire Donbass. We forced them with our artillery to muster a number of their forces around Izyum, which relieved our fighters on the Severodonetsk front, and if we took Izyum, then we bury Putin's dream is to achieve his minimal goals."

For his part, Vitaly Orlov, a landowner in the area who is close to the authorities, says, "Our anti-aircraft defense was very effective. Most of the targets were protected and the damage to those already hit, such as the railway, was repaired."

According to a soldier, who preferred not to be named, "We are only a few days away from launching the attack. The battle will be long because the Russians mustered as many men and guns as possible. But after retaking the territory towards Kharkiv, we were able to attack on three fronts, from the north, west and southeast." ...the small town of Izyum could have been flattened like Mariupol, which is terrible, but perhaps this is a turning point in the war.”