It spread in Africa when the world was preoccupied with “Corona” .. Experts warn: The worst of “monkeys” is yet to come! 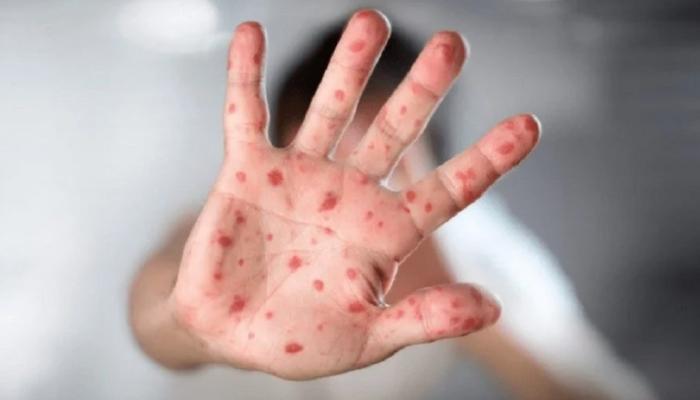 It spread in Africa when the world was preoccupied with “Corona” .. Experts warn: The worst of “monkeys” is yet to come!

Growing international concern accompanies the spread of monkeypox in more than one continent, amid fears that it will turn into a global epidemic.

British experts and the World Health Organization have warned that the worst with regard to monkeypox is yet to come, amid international fears that the virus will turn into a global epidemic.

The World Health Organization mobilized its institutions, during an emergency meeting, on Friday, to discuss the concerns that accompany the frightening outbreak of monkeypox.

It is scheduled to meet the strategic committee of the organization and the advisory group on epidemiology to discuss the outbreak of infection, which has recorded more than 100 cases outside African countries, where the infection is endemic.

As for whether the organization is responsible for declaring a state of public emergency, she said that it is not the party concerned with this declaration.

She emphasized that there is a committee of experts made up of scientists from all over the world that is authorized to do so.

Experts said that while the world was busy containing the Corona epidemic, the countries of the African continent suffered from the spread of monkeypox in the past few months and were able, according to the African Public Health Agency, to contain many cases.

However, scientists do not expect the infection to develop into a pandemic like COVID-19 because the disease does not spread as easily as SARS-Covid-2.

This comes as a senior US administration official said yesterday that more monkeypox cases are likely to be discovered in the United States in the coming days, but the risk to citizens is still low at the moment.

In the midst of a successive series of injuries in Britain, Spain, Portugal and America, France, Australia, Canada, Belgium and Germany announced new cases.

An announcement that was followed by preventive measures by the British authorities after the increase in cases infected with the virus, and a vaccination campaign was carried out for health care workers and others at risk of infection.

Vaccination about which a spokesman for the British Health Security Agency says that it is not intended for monkeypox, but rather the vaccine available to protect against ordinary smallpox.

The disease, whose name has nothing to do with monkeys except that it was its first victim in 1950, is transmitted through exhaled droplets and contact, according to the World Health Organization, which confirmed that available vaccines are 85% effective in eliminating its symptoms of rash, fever and headache.

Monkeypox is a rare viral infection that was eliminated in 1980, and although most people recover after a few weeks, it poses a serious risk if it is caused by the most dangerous strain of the Congo, with a mortality rate of up to 10%.

The West African strain is less dangerous, with a mortality rate of 1 percent, and is so far prevalent.

There is no specific vaccine for monkeypox, but information shows that vaccines used to prevent smallpox are effective up to 85% against monkeypox, according to the World Health Organization.