Today, Sunday, the Nazareth Magistrate’s Court imposed a five-year prison sentence, a fine of 5,000 shekels, and a 3-year suspended prison sentence for Jabloa prisoners who escaped from Israeli prison. 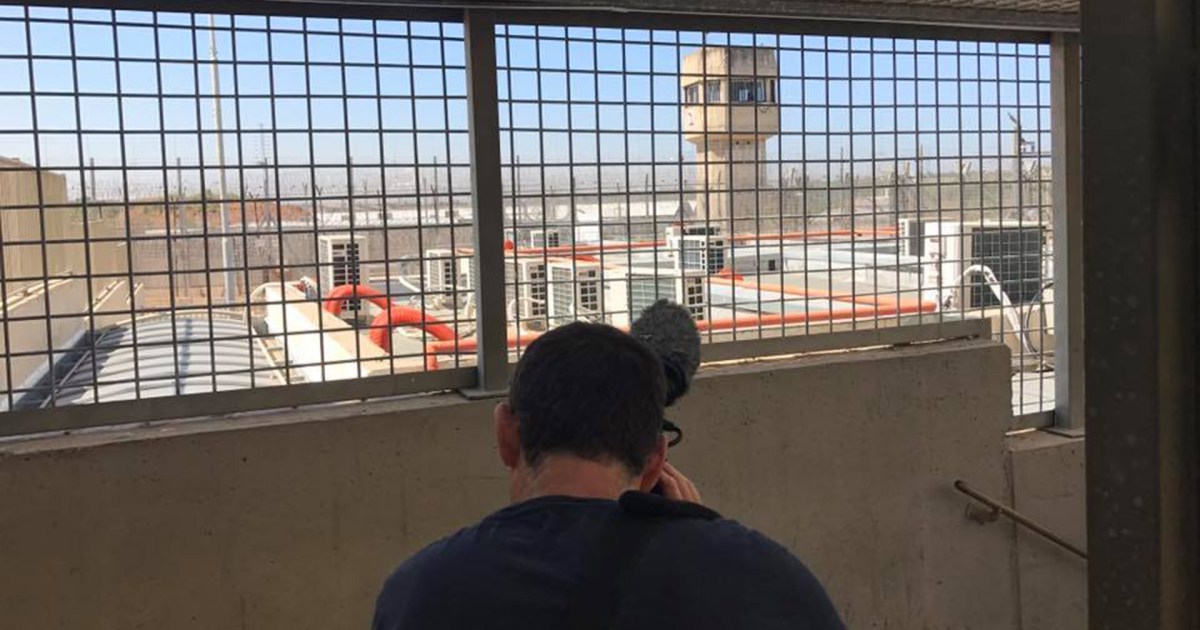 Today, Sunday, the Nazareth Magistrate’s Court imposed a 5-year prison sentence, a fine of 5,000 shekels (1,500 dollars), and a 3-year suspended prison sentence for each of the Palestinian prisoners who participated in an operation. "Freedom" and fleeing from the Israeli "Gilboa".

These rulings against the six prisoners are added to their previous sentences, with the exception of Al-Zubaidi and Infaat, who were detained without trial.

The court also imposed a verdict on the 5 assistant prisoners in the "Freedom Tunnel" in the Gilboa detention center, with an actual prison term of 4 years, and a fine of 650 dollars. locusts;

Immediately after the verdict was pronounced, the voices of the six prisoners rose, as prisoner Jacob Qadri, one of the six prisoners who managed to escape from the Gilboa detention center through the tunnel, was able to say, "We do not care what the decision is, the important thing is that we made the impossible, and we were able to penetrate the Israeli security services, and directed The slap, and what was impossible for Israel and its apparatus, we have reached.”

On September 6, 2021, the six prisoners managed to wrest their freedom from their cell in Gilboa prison through a tunnel they dug over a period of months, but the Israeli occupation authorities re-arrested them after a two-week chase.

Lawyer Mahajna explained to Al Jazeera Net that the sentences issued against the six prisoners of the Freedom Tunnel and the five prisoners who helped them dig in order to extract freedom, are unfair and reflect Israeli practices, and the prevailing approach of the Israeli judicial system against the Palestinian people in general, and prisoners in particular.

Mahajna stressed that all the prisoners of the "Freedom Tunnel" received the court's decision with a smile of irony, as they did this work with pride and contempt, in order to shed light on the captive movement as prisoners of war in accordance with international conventions, and also for freedom, justice and the freedom they have been waiting for since the beginning of the millennium past.

Mahajna stressed that the Israeli court, which dealt with the file of the "Freedom Tunnel" prisoners from the outset for political motives, chose to impose strict penalties on the prisoners, represented by an additional actual penalty, financial fines, and a suspended prison sentence for prisoners if they planned in the future to escape from captivity, knowing that international covenants allow prisoners War snatch their freedom in the event that there is no prospect of their release and liberation.

Mahajna pointed out that the court’s decision against the prisoners confirms that the Israeli judicial system is complicit with the Israeli security services and the Public Prosecution and serves as a rubber stamp. means.

He explained that the Israeli institution, which suffered defeat and failure in the file of the prisoners of the Freedom Tunnel, searched for an image of an imaginary victory by trying the prisoners before the Israeli civil trial, and it was supposed to subject them to the courts before the military court system in the occupied West Bank, and it did so in an effort to come out with achievement and whiteness To face the Israeli public opinion.

However, Mahajna says, "The prisoners of the Freedom Tunnel achieved a slap in the face of the Israeli establishment in its various arms, as they achieved a victory through the Freedom Tunnel by returning the prisoners' issue to the political front locally, regionally and globally, and most importantly, they brought the captive movement back to the right track."

The same position was expressed by the lawyer of the Commission for Detainees and Ex-Prisoners Affairs, Munther Abu Ahmed, who confirmed that the defense team for the prisoners of “Operation Gilboa” will study and research the file and the court’s decision in depth, in order to examine the possibility of vetoing the decision and appealing to the Israeli Central and Supreme Court.

Abu Ahmed explained that since the re-arrest of the six prisoners, the Israeli Prison Authority has imposed disciplinary penalties on them, as well as penalties on the prisoners who provided assistance to them, as these penalties are still imposed, whether in solitary confinement, the theft of rights and personal belongings, and preventing them from buying from the prison store, "The Cantina." .

Accordingly, lawyer Abu Ahmed says, “The Israeli authorities cannot impose double penalties in the same file and case, and this will support them in the appeal. ".

It is noteworthy that on October 3, 2021, the Israeli Public Prosecution filed an indictment against the six prisoners, and the indictment stated, "At the end of 2020, the accused, Mahmoud Ardah, decided to dig a tunnel from the cell to escape from prison."

In the indictment, the Public Prosecution alleges that Mahmoud Arda offered Qadri, Kammaji and Anfiat to participate in digging the tunnel as a means of escaping from prison, and they agreed to the plan, and Muhammad Ardah agreed to the prison escape plan.

The indictment attributed to the five prisoners - without al-Zubaidi - digging a tunnel, from the end of the year 2020 until the sixth of last September, which was opened in the cell bathroom.

According to the Public Prosecution, "the prisoners removed a marble slab under the sink and dug under it, and put the marble slab in its place daily to hide the excavations.

The accused were carrying out excavation work on a daily basis and through patrols, which were modified according to the prison agenda in order to prevent the detection of the escape plan, and the use of improvised drilling tools.