Guyana: the space center dreams of being greener and more competitive

In Kourou, the facilities of the Guiana Space Center (CSG) consume a lot, 18% of the electricity produced in Guyana, and pollute just as much, which pushes the CSG to initiate an ecological transition.… 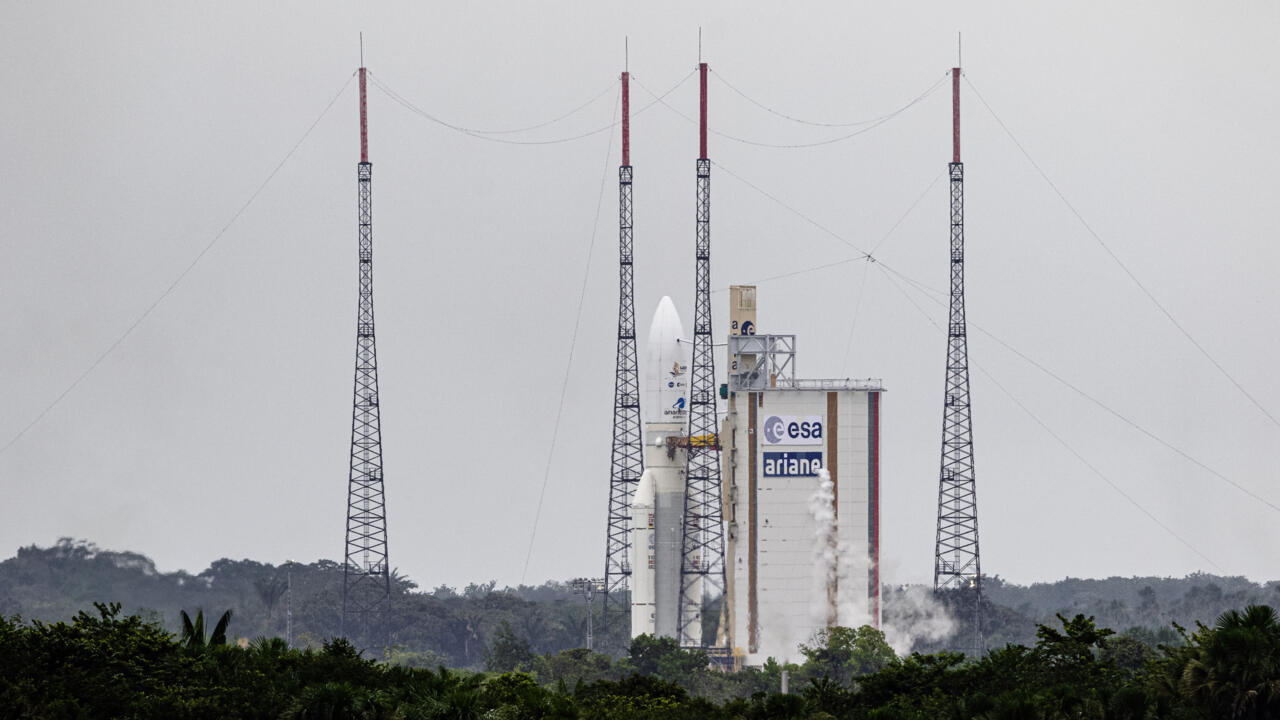 Europe's spaceport, dating back fifty years, is entirely dependent on EDF for its electricity consumption.

It is air conditioning that requires the most energy because all year round, industrial buildings must be maintained at precise hygrometric levels.

They contain pyrotechnic equipment or satellites costing several million euros that the Guyanese humidity could damage.

When a launch is approaching, the CSG asks EDF to cease all maintenance on its networks 24 hours before and until the end of operations in order to avoid the slightest outage.

When a launcher fires, "it is the generators that supply the energy, EDF comes to the rescue", he explains.

If one of the sources fails, batteries take over.

The CSG, responsible for 70% of the carbon emissions of the National Center for Space Studies, has therefore decided to embark on an ecological transition which requires diversifying its sources: two photovoltaic power plants will be operational in 2023 and two biomass units are in project, in order to reduce the space center's dependence on EDF.

"We are not trying to be autonomous, tempers Didier Cauquil. Even if we wanted to, we couldn't, but we want to reduce our footprint on the network".

Marie-Anne Clair, the director of the CSG, gave the same speech to the Minister of Ecological Transition on February 1, 2022, assuring that this energy not consumed by the CSG will benefit the rest of Guyana.

To save air conditioning, the future Ariane 6 launcher will be assembled in a horizontal position, in an infrastructure measuring only 20 meters high.

Thus, there is no need to cool tall buildings like that of Ariane 5, which culminates at 110 meters.

The new launch site for the Ariane 6 rocket at the Guiana Space Center in Kourou, in September 2021 jody amiet AFP / Archives

The second phase of transition concerns the production of hydrogen and methane for rocket engines.

Hydrogen will be reserved for Ariane-type heavy launchers, while methane will be used for reusable Callisto-type launchers.

If the ecological aspect is put forward, competitiveness is also for a lot in these virtuous energy choices.

Especially since they are partly subsidized.

Help welcome while the first part of the transition will cost "between 140 and 180 million euros", calculates Didier Cauquil.

These investments should lead to a reduction in costs and a gain in competitiveness.

The arrival of reusable launchers is also part of this competitive aspect.

But the CSG also cares about the pollution it generates.

In order to measure suspended particles around certain sites, since 2017, beehives have been installed because bees act as bio-indicators.

“When they forage, bees collect particles from the air in the hairs they wear on their bodies,” explains Nicolas Brehm, founder of the NBC company which set up this partnership with the center.

To measure suspended particles near certain sites of the Guiana Space Center, hives have been installed since 2017 because bees act as bioindicators Jure Makovec AFP / Archives

The sampled bees "passed through an electron microscope".

This makes it possible to know exactly which particles are in suspension, in which zones.

“It is more precise and less expensive than traditional sensors”, justifies Mr. Brehm.

Insects make it possible to measure the impact of launches in terms of releases, but also to monitor activities related to maintenance, such as the use of certain products.

If the space center is starting from scratch, its director, Marie-Anne Clair, wants to reach 90% renewable energy by 2025.