Today, Sunday, the Israeli Magistrate's Court in Nazareth sentenced the six Palestinian prisoners who escaped from Gilboa Prison to five years in prison and a fine. 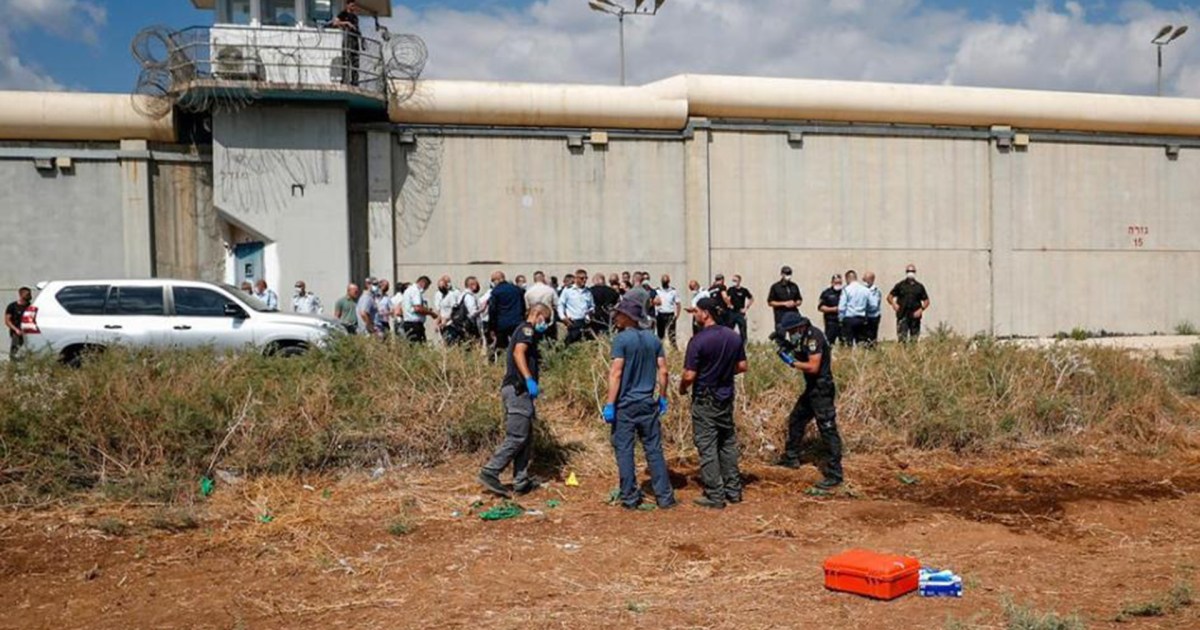 Today, Sunday, an Israeli court imposed a five-year prison sentence and a fine on the six Palestinian prisoners who escaped from Gilboa prison.

The Israeli Magistrate's Court in the city of Nazareth held a hearing to pronounce the verdict on the six Palestinian prisoners who were re-arrested by the occupation authorities after they managed to escape from Gilboa Prison (west of the city of Bisan) in early September.

The court is expected to issue a ruling on 4 other prisoners out of 5 accused by the occupation authorities of providing assistance to the six prisoners in the escape process.

The Public Prosecution had requested an addition of 7 years to the previous prison sentences, which is the harshest specific punishment according to Israeli law for anyone who escapes from prison.

The Israeli prosecution presented indictments against the six Palestinian prisoners, including escaping from legal custody (prison), without security charges such as planning to carry out attacks.

On the sixth of last September, the six Palestinian prisoners escaped from their cell out of the prison through a tunnel dug over a period of months, and they were subsequently re-arrested. They are: Muhammad, Mahmoud al-Ardah, Zakaria al-Zubaidi, Yaqoub Qadri, Ayham Kamji and Munadil Nafeat.

Israel detains about 4,850 Palestinians in 23 prisons and detention centers, including 41 female prisoners, 225 children, and 520 administrative detainees (without charge), according to institutions specialized in prisoner affairs.