U.S. President Biden, who visited Korea on his first Asian tour since taking office, completed a three-day, two-night visit to Korea until yesterday. Now let's take a look at the related news. 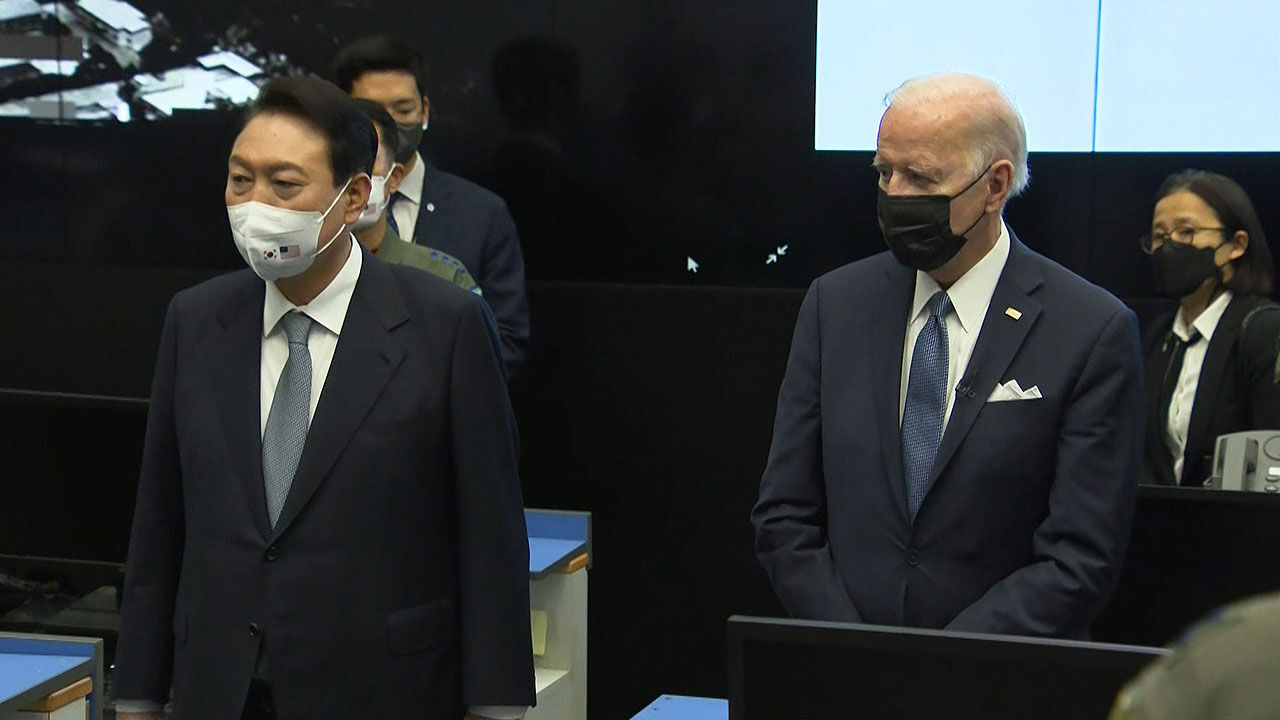 Now let's take a look at the related news.

On the final itinerary, I visited the Aerospace Operations Headquarters in Osan with President Yoon Seok-yeol.

The fact that the two leaders visited the underground bunker side by side is interpreted as sending a warning message to North Korea while emphasizing the ROK-U.S. alliance.

yeol and President Biden visited the Aerospace Operations Headquarters at the US Air Force Base in Osan, Gyeonggi Province.

The Aerospace Operations Headquarters, located in an underground bunker, is the highest-level commanding unit of the ROK and US Air Forces that command and control aerospace operations on the Korean Peninsula.

Among the South Korean 3-axis systems responding to North Korea's nuclear and missile threats, the (VF2) kill chain and the executive headquarters that oversee the operations of the Korean missile defense system are also included in it.

Entering the Operations Coordination Office, President Biden emphasized the importance of 'deterrence against North Korea' once again, saying that the sacrificed alliance between the two countries has remained strong for 70 years.

[Joe Biden/President of the United States: Deterring threats and maintaining stability are very important today, not only on the Korean Peninsula but also around the world.]

President Yoon explained the significance of the visit as a symbol of the ROK-US alliance.

[President Yoon Seok-yeol: It is a key place where South Korea and the United States jointly respond to the ever-increasing threat of North Korean nuclear missiles, and it is a symbol of the ROK-U.S. alliance.]

This is the first time that the President of the United States has visited the Aerospace Operations Headquarters directly, and it is interpreted as an intention to show off a strong combined defense posture at the level of the ROK-U.S. summit.

President Biden was seen off by Foreign Minister Park Jin as he did when he arrived and headed for his next destination, Japan.

President Yoon is scheduled to attend the Indo-Pacific Economic Framework (IPEF) inauguration summit via video today to be held on the occasion of President Biden's visit to Japan.