Because of a warning about a demonstration in Istanbul, Turkey summons the US ambassador to express its concern

Sources in the Turkish Foreign Ministry said that the ministry summoned the US ambassador today, Sunday, to inform him of Ankara's annoyance about a warning published by the embassy on its website a few days ago regarding an opposition gathering in central Istanbul. 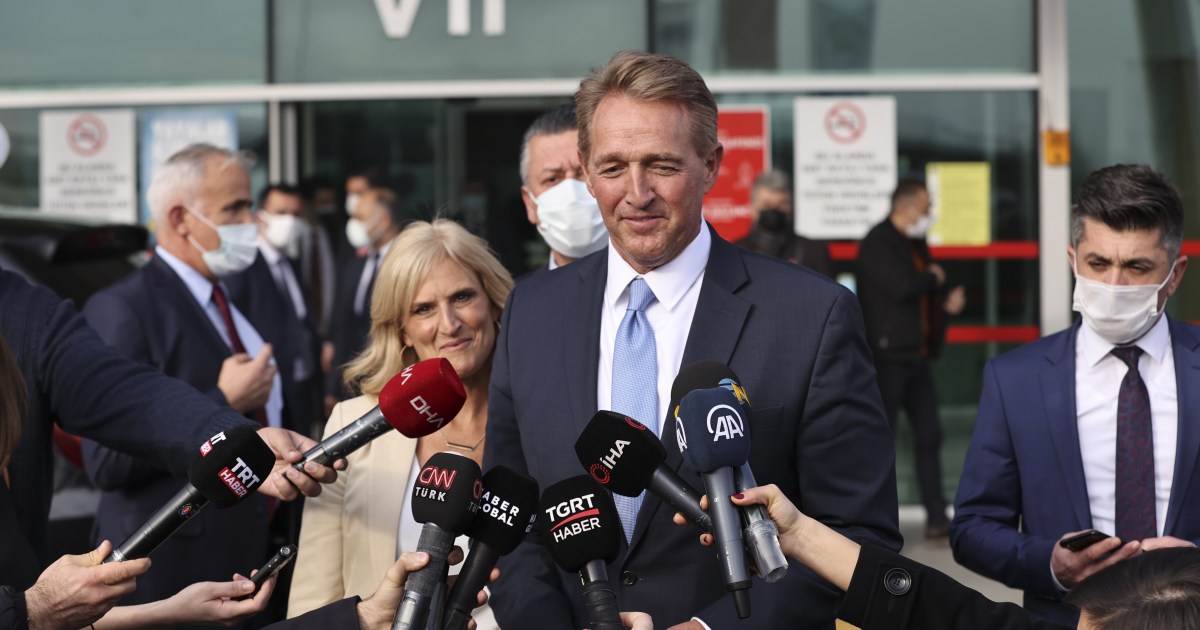 Sources in the Turkish Foreign Ministry said that the ministry summoned the US ambassador, Jeff Flake, today, Sunday, to inform him of Ankara's annoyance about a warning published by the embassy on its website a few days ago regarding an opposition gathering in central Istanbul.

Sources in the Turkish Foreign Ministry stated that Ankara informed the US ambassador that there are baseless allegations regarding the US embassy's statement regarding the measures taken by the Turkish police forces during the demonstration.

The US Embassy in Turkey published a warning on its website on May 18 of a possible police intervention during an opposition demonstration. Protesters in previous cases.

Thousands of people gathered in a march for the Turkish opposition yesterday, to protest against the Turkish political judiciary's condemnation of the prominent opposition, Canan Kaftancioglu, on charges of insulting the president and the state.

Anadolu Agency quoted sources in the Turkish Foreign Ministry as telling Ambassador Flick that the use of excessive force by law enforcement forces "is a big problem, and the events taking place in the United States for this reason are clearly visible."

The ministry told Ambassador Flick that political party rallies constitute a well-established tradition of democracy, and that it was unacceptable to create the impression that there was an important problem in the country in this regard.

She stated that the aforementioned gathering (the protest of the Turkish opposition) was held yesterday, Saturday, without any problems, and there were no incidents.

The Turkish Foreign Ministry stressed that Ankara hopes that the US authorities will take into account the facts in the warnings that it may issue in the future to its citizens regarding travel and demonstration.

A circulating Turkish warning, which sparked widespread controversy, as the Turkish Foreign Ministry issued a warning to its citizens residing in America, to avoid the disorderly behavior of the American police, and to stay away from gathering places.

Activists believe that the Turkish warning came in response to the statements of the US ambassador to Turkey, which are against the Turkish government.

In response to the warning statement by the US Embassy in Ankara, the Turkish Ministry of Foreign Affairs recommended on Sunday its citizens residing in the United States to exercise caution while organizing large demonstrations and events in their place of residence.

In a statement, the Turkish Foreign Ministry indicated that there had been cases of the use of live bullets, electric shocks, and the use of gas to disperse the protests, despite the American security forces taking precautions in the protests in such gatherings.