Andy and Lucas: the stalker with intimate details and her proclamations by the shipyards

When they came of age, Andrés Morales and Lucas González, two boys from Cádiz, decided to form a group called Andy and Lucas. A duo that, in the early 2000s,... 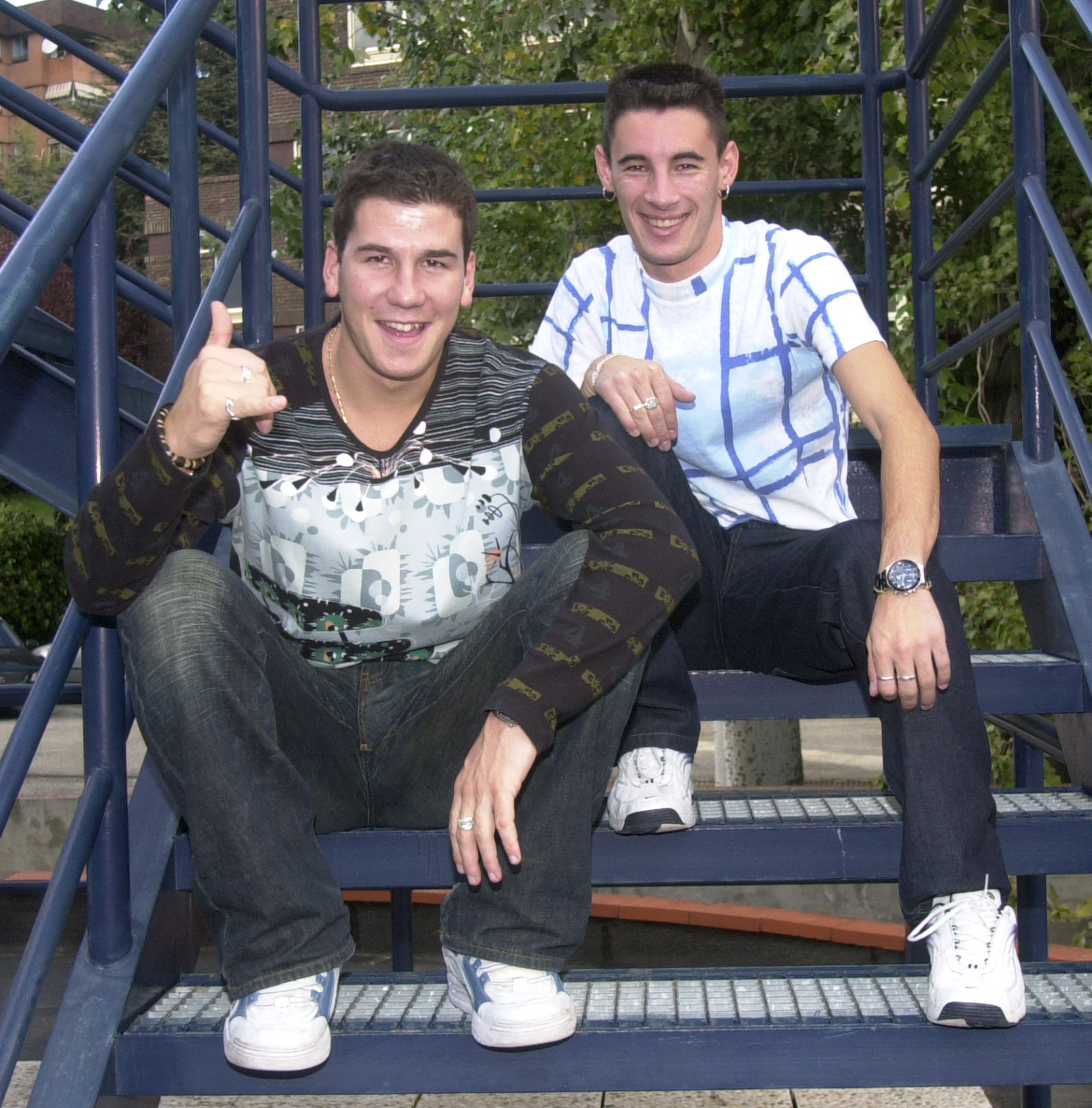 When they came of age,

two boys from Cádiz, decided to form a group called

A duo that, at the beginning of the 2000s, conquered Spain and Latin America with

Both I wanted her,

Hits that will be 20 years old

and that Andy and Lucas plan to celebrate in style.

"In November, we will release an album that celebrates our career. We started with 12 songs, now we have 23 and we have

we admire. As it is a tribute album to us and

we don't have any label

that puts a gun on us, well logically we do what we want", says Lucas.

They assume that "freedom" has its good things and its bad things.

Like the obligation to look for their own opportunities.

we have been self-financing ourselves and we have struggled a lot.

We have had to look for sponsors, set up a team and start knocking on doors. But, as we consider that

our brand is already made,

in the end, everything is going well," explains González.

Lucas (i) and Andrés, in an inn from their beginnings. CEDIDA

"Perhaps many singers feel nostalgic on their anniversaries. But we can only say that

to have been working together for so many years. In addition, we are happy to continue being the same. When we started we were known for

Something normal for the time, because there were many artists who sang similar things. But now they are all more urban and the songs are very sexual. And, despite this,

we are still in the same vein, "

Likewise, Morales believes that his music has left its mark and that today they have even become

"We met a Senegalese who, thanks to our songs, learned Spanish. So, look,

our songs can teach things!

And yes, it's true that before we were more famous, because we were the style that the youth listened to. But now they continue to know us ,

and there are many boys who admire us," he says.

In fact, Andy and Lucas can't help but say that they still have fans on the other side of the world.

"We have just arrived

from the US and now we are going to Colombia.

And the truth is that we feel very prepared to face this stage. Perhaps in 2003 we were very young and were not prepared to have an international career. But now, that we have a traveled, life may tell us to

reap what we have sown.

Even so, we do not intend to move abroad, because we have our people here," says Lucas.

Seven months ago, González shared a video in which he talked about

the strike in the metal sector in Cádiz.

"We want to be a loudspeaker to claim the involution that is being experienced. It seems that they are going back 15 years," said the singer, which generated

had to talk about the subject,

but we did not do it to appear or to profit from it. Although it is true that the support of the people is appreciated. Because when I returned to Cádiz , people yelled at me 'you're the best' or 'with two balls!'", indicates.

we have a social responsibility.

Because anything we say has an impact. But that does not mean that we get involved in everything. We are not interested in taking advantage of any cause. What we want is to make music, have fun and

mentions Andy to later proclaim his love for his followers.

However, there are always

some who cross the line.

"We have had to deal with all kinds of people. I, for example,

have had a stalker

and I had to file a complaint. A year ago,

a woman was threatening me

through the networks, with my personal life, with information and I had her to report and everything. But today I don't know what happened with that complaint. I haven't had any more news about her, it's true,

but it scares, scares, "

And it is that, throughout their career, both have gone through situations as worrying as they are curious.

one who thought she was going to marry me,"

"One day, I'm going through Cádiz and I meet

a designer who makes wedding dresses

and he tells me 'hey, we're already with your wife!'

and I said to him

'what woman? I don't even have a girlfriend!

' and he lets me know that there is a girl who is going to his workshop and that he has even made a sketch for her. And I say to him 'but how do you make a sketch someone who hasn't paid you?'

and he replies 'because I thought you would pay me later'. So I asked him the name of the girl and she

was a fan of ours.

So I had to ask the designer to call her and ask for half the money... And it was no more," says Lucas.

Although, to tell the truth, González is not so sure that the fan wanted to marry him... Or Morales.

Because, as they often joke on Twitter, too many people do

n't know who Andy is and who Lucas is.

"They call me Andy so many times on the street that

n't care if they call me Andy, it doesn't bother me in the slightest

. he doesn't know who's who because it's like 'you've prepared the fucking interview!'", jokes Lucas.

On the other hand, Andy says that they have blended in.

even speak in sync.

Although that does not mean that, on certain occasions, they want to keep their distance.

"I won't say that we don't argue. But

Not that, dick, because it's very ugly. But it debates like in everything. Although, in our case, there are more lights than shadows. If even our personalities have merged! Yes I, in the end,

am going to end up being from Barça like Andy",

concludes Lucas with a laugh.