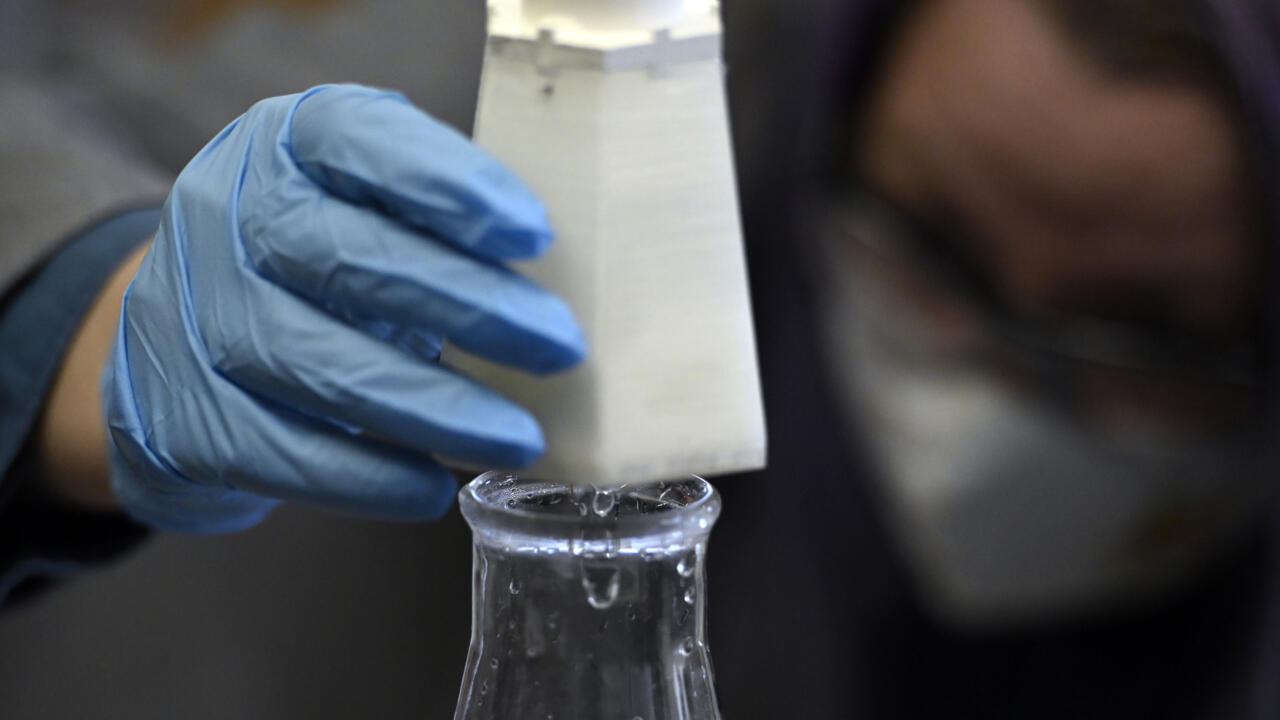 Using 3D printers, the student team now have a ready-to-run prototype: a filter about 8cm tall that attaches to taps and which they hope to eventually bring to market for a price per piece. only a dollar.

"The scientific principle is simple," Bushway said during an AFP visit to her school.

The professor presented the prototype at four conferences, including at the prestigious conference of the American Chemical Society.

She now hopes to be able to write an article in a scientific journal.

Up to 10 million American households still receive their tap water through lead pipes, with such exposure being especially harmful during childhood.

In 2014, lead-contaminated water in the city of Flint was one of the worst health scandals in recent years in the United States.

The drama was caused by the decision of the local authorities to change the city's water supply source, as a cost-saving measure.

The acidic and polluted water of the local river, preferred to the pure water of nearby Lake Huron, had eaten away at the lead pipes of the distribution system, exposing residents to lead poisoning.

The lead poisoning of thousands of Flint children still threatens to have catastrophic health consequences for decades.

In the United States, lead contamination particularly affects African-Americans and other minorities, said Nia Frederick, a high school student who participated in the filter project.

President Joe Biden's government has already pledged billions of dollars to fund the removal of all lead pipes across the country over the next few years.

But until that happens, Americans need solutions.

Ms Bushway's idea was to use the same chemical reaction used to restore contaminated soil: exposing lead dissolved in water to a powder of calcium phosphate, which produces a solid phosphate of lead remaining inside. of the filter, as well as benign calcium.

The filter has another trick up its sleeve: beneath the calcium phosphate lies a reservoir of potassium iodide.

When the calcium phosphate runs out, the lead dissolved in the water will react with the potassium iodide, giving the water a yellow tint.

This new color of the water will thus be the signal that the filter must be changed.

"It was like a kind of little puzzle that I had to solve," enthuses the high school student.

Calcium phosphate accumulated inside the filter, slowing down the speed of the reaction principle.

The result: a flow of around 7.5 liters per minute, the normal rate for water coming out of the tap.

Now the team would like to incorporate an instrument called a spectrophotometer which will detect yellowing water indicating end of filter life faster than the naked eye, using a small LED warning light.