“First of all, they hit themselves”: what can Finland and other European countries refuse to pay for gas in rubles

Gazprom has confirmed a complete halt in gas supplies to Finnish Gasum due to its refusal to pay in rubles. According to the Russian company, in 2021 Gazprom Export supplied Gasum to 2/3 of the total gas consumption in Finland. Previously, a number of other European countries refused to pay in rubles, including Poland, the Netherlands, Denmark, Bulgaria and the Baltic states. At the same time, about half of Gazprom Export's customers have already opened ruble accounts to pay for Russian gas. According to experts, Finland "picked up the Western agenda and brought it to the point of absurdity", joining the countries whose leadership, for the sake of their political ambitions, makes life as difficult as possible for their own citizens. 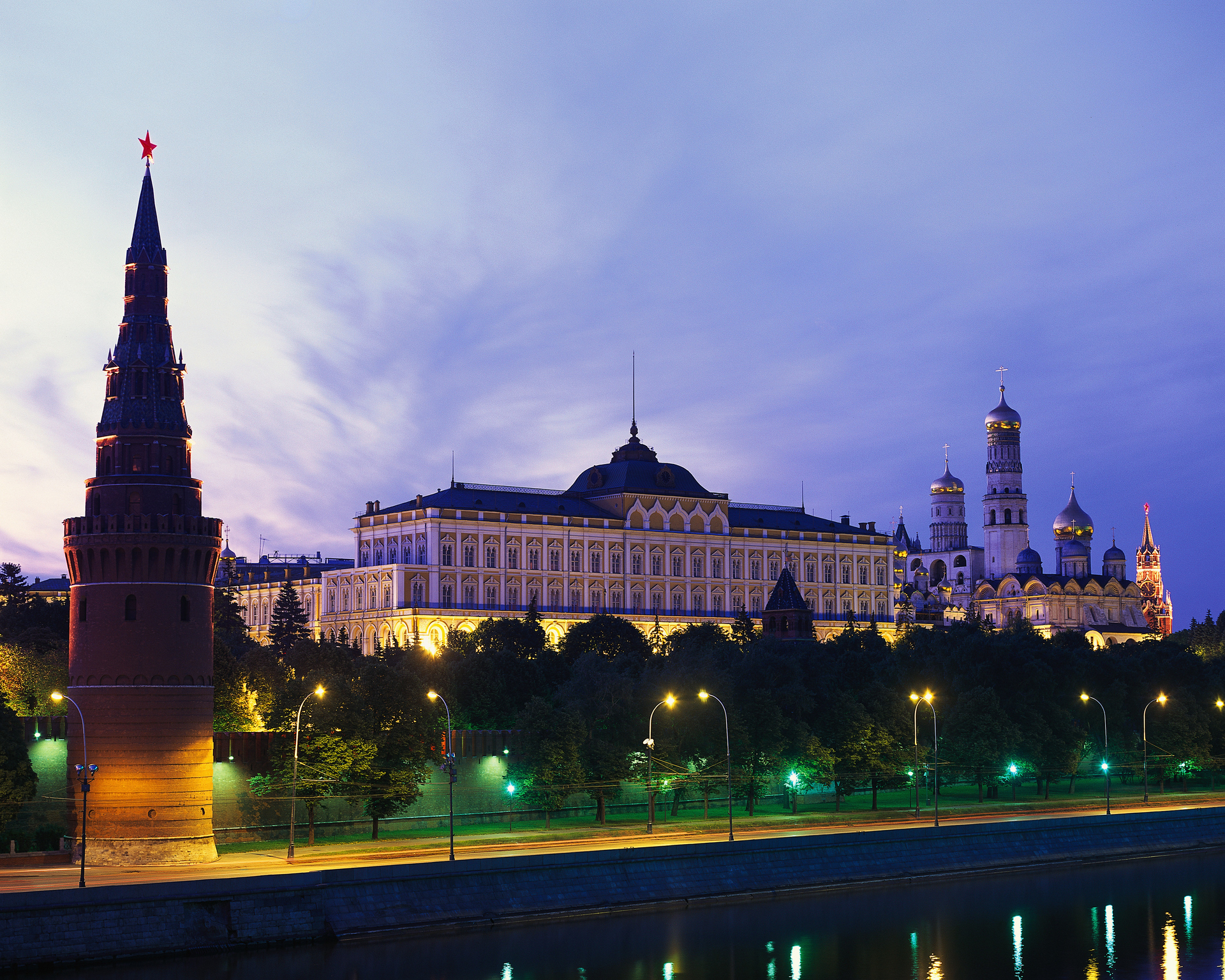 Gazprom has confirmed a complete halt in gas supplies to the Finnish energy company Gasum due to its refusal to pay in rubles.

This is stated in the message of the Russian company, posted in its Telegram channel.

Gazprom completely stopped gas supplies to Gasum (Finland) due to non-payment in rubles.

As of the end of the business day on May 20, Gazprom Export has not received payment for gas supplies in April from Gasum (Finland) in accordance with Decree of the President of the Russian Federation No. 172 dated March 31, 2022," the holding said in a statement.

As specified in Gazprom, payments for gas, which has been supplied since the beginning of April, must be made in rubles using the new details, "of which the counterparties were informed in a timely manner."

As specified in the Russian company, in 2021 Gazprom Export supplied Gasum with 1.49 billion cubic meters.

m of gas, which accounted for 2/3 of the total gas consumption in Finland.

Earlier, on May 20, Gasum confirmed receipt of a notification from Gazprom Export that the supply of natural gas from Russia under the supply agreement would be terminated on May 21.

The Kremlin commented on the situation with the refusal to cooperate with the Finnish side.

In a conversation with journalists, the press secretary of the President of Russia Dmitry Peskov stressed that "no one will supply anything to anyone for free."

At the same time, the increase in fuel prices in Finland, which began in March, led to a massive surge in theft of energy resources.

According to the Finnish media, which refer to police data, the Finns began to actively steal gasoline and diesel fuel at large construction sites, agricultural and forestry facilities.

The amount of stolen fuel is sometimes measured in thousands of liters.

As the leading analyst of the National Energy Security Fund, an expert at the Financial University, Igor Yushkov, noted in a RT commentary, since Finland imports most of the blue fuel it needs from Russia, the cessation of such supplies will create a rather difficult situation for Helsinki.

“Such a political decision hits the economy of the country, its inhabitants.

Refusing to buy Russian gas for rubles and switching, for example, to LNG, will cost the Finns much more.

That is, they stand in a long queue and begin to compete for very limited volumes of liquefied natural gas.

The population of Finland is waiting for a serious rise in prices, and not only for energy carriers, ”Yushkov believes.

Sergei Pravosudov, director of the National Energy Institute, agrees with him.

According to him, Helsinki's refusal to pay for blue fuel from Russia "first of all hits itself."

“Finland will try to solve the problem by buying LNG, but this will naturally lead to higher prices for consumers.

In the summer it will still be tolerable, but in the winter it will become very difficult, ”the expert said in a comment to RT.

Recall that on March 31, Russian President Vladimir Putin signed a decree "On a special procedure for the fulfillment by foreign buyers of obligations to Russian suppliers of natural gas."

The document assumes that payment for the supply of blue fuel to unfriendly states from April 1, 2022 will be made in rubles.

At the same time, according to the decree, if foreign companies refuse to buy fuel for Russian currency, existing contracts will be stopped.

Later, Dmitry Peskov, on the air of the Russia 1 TV channel, explained that the Russian authorities had decided to transfer settlements with unfriendly countries to the national currency in order to secure gas trade.

“The idea was put forward about the need, well, firstly, to hedge risks so that they don’t try to rob us again,” said the press secretary of the Russian president.

At the same time, Russian Deputy Prime Minister Alexander Novak, speaking at the New Horizons marathon on May 19, noted that about half of the 54 companies that are Gazprom Export clients have already opened ruble accounts to pay for gas from the Russian Federation.

According to him, the full list of buyers who agreed to pay for gas in Russian currency will be known in the coming days.

It is worth noting that on May 21, Austrian oil and gas group OMV said it was joining other European companies making payments for Russian gas through Gazprombank, adding that it did not expect problems when transferring payments into rubles.

“At the moment, we have implemented a payment mechanism that does not violate sanctions and ensures timely payment for gas supplies,” an OMV spokesman told Reuters.

In addition, according to the agency, the Italian and German authorities also allowed their companies to open ruble accounts to pay for Russian gas.

However, a number of countries, including Poland, the Netherlands, Denmark, Bulgaria and the Baltic States, have previously publicly abandoned the new payment mechanism.

At the same time, Poland, whose gas supplies were stopped by Gazprom Export on April 27 due to Warsaw's refusal to pay in rubles, continues to receive Russian blue fuel, but now in reverse from Germany.

Gazprom announced this by posting a corresponding statement on May 4 on its Telegram channel.

According to the company, for the specified period, underground gas storage facilities (UGS) in Europe were filled on average by 34%, and UGS in Poland - by 80%.

Later, the media, citing data from the GIE association representing the interests of European gas infrastructure operators, reported that the level of occupancy of Poland's underground gas storage facilities by May 19 was already more than 90%.

“They don’t focus on their national interests”

According to Igor Yushkov, the countries of Europe that have abandoned Russian fuel for purely political reasons will soon face serious problems associated with a significant increase in fuel costs.

The same Poland, which reverses Russian gas from Germany, significantly overpays the German authorities for it, the analyst noted.

“This whole process is tied to exchange prices, plus the markups of traders who deliver this gas.

That is, the reverse of blue fuel costs Warsaw much more, which inevitably turns into an increase in prices for consumers,” the expert explained.

And this will become a problem not only for the inhabitants of Poland.

According to Yushkov, in all European countries that refused to pay for Russian blue fuel in rubles, life for the population will become much more expensive.

“These states are beginning to buy gas at a higher price from their neighbors who receive blue fuel from Russia.

In any case, the Russian Federation will export the same volumes of its gas, but according to a different scheme.

There will be a reconcentration of gas supplies within Europe: the same Germany will buy more gas, and then sell it to its neighbors, ”the analyst said.

According to Yushkov, in addition to Germany, other hubs will be formed in Europe, where trade in Russian natural gas and its derivatives will be organized on market principles.

At the same time, the expert believes that the refusal of Finland, Poland and other European countries from Russian fuel will intensify the energy crisis in the EU, given that there are practically no free volumes of gas on the market now.

“Finland picked up the Western agenda and brought it to the point of absurdity.

All these countries are united by the fact that they are not guided by their national interests.

As a consequence of such a policy, there will be an aggravation of already existing problems for the Europeans.

The well-established scheme operated without failures for decades, and now they have to create new supply chains, line up for LNG, which costs much more than Russian gas,” Yushkov said.

Sergei Pravosudov also believes that due to the refusal of a number of European countries to pay for Russian gas supplies in EU rubles, a significant increase in energy prices is expected.

“The price will rise, consumption will decrease.

Energy resources may soon become unavailable to many residents of European countries.

Most will try to abandon gas in favor of coal, fuel oil or firewood.

And some people will not be able to afford such types of energy carriers.

But the leadership of individual EU countries is not interested in this, ”the analyst believes.

According to Pravosudov, in the states where they have agreed to the Russian scheme for paying for gas supplies from the Russian Federation, “there are more sane people in power, they care more about their citizens.”

“We can only hope for some sanity in other EU countries.

For some time, the anti-Russian hysteria will continue, but then consumers in Europe will begin to defend their rights, and business representatives will turn on their brains, ”concluded the expert.