This is a setback for Joe Biden and the US administration. A federal judge in Louisiana has refused to lift “Title 42”, a health measure that blocks migrants at land borders… 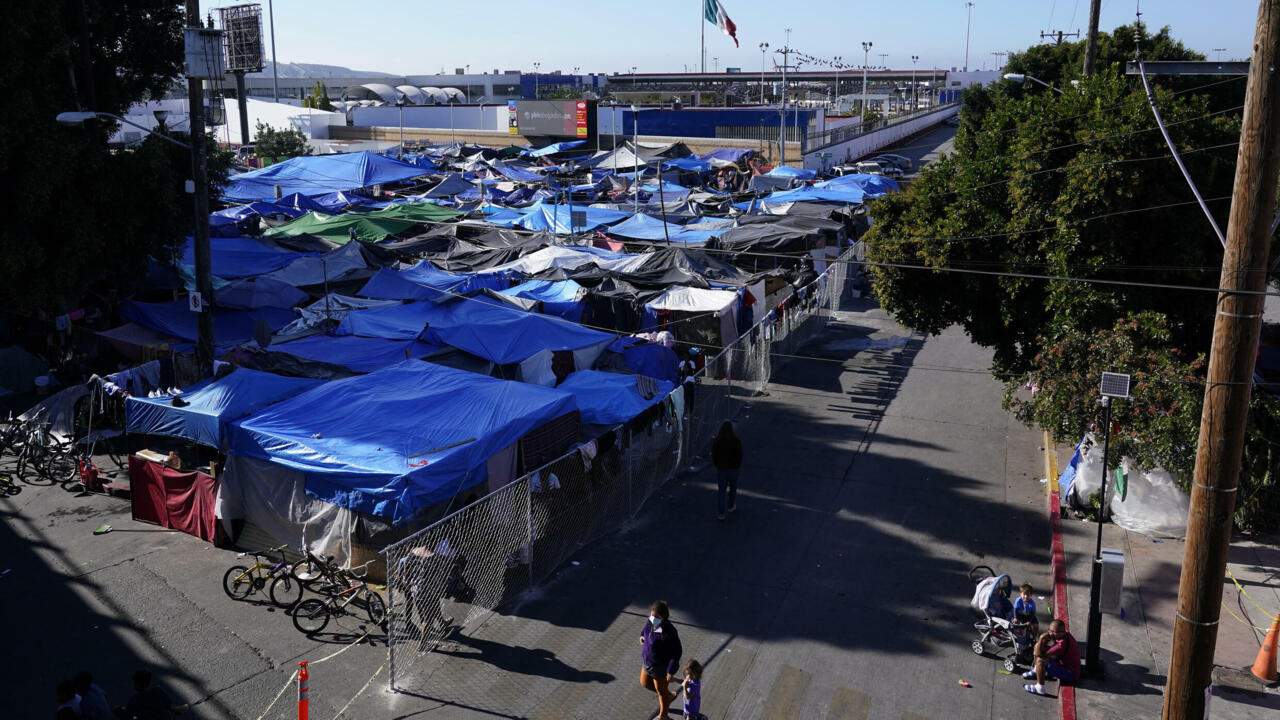 A migrant camp in Tijuana, Mexico, on the border with the United States.

This is a setback for Joe Biden and the US administration.

A federal judge in Louisiana has refused to lift Title 42, a health measure that has blocked migrants at US land borders since March 2020. The US government has decided to appeal the decision, but in the meantime, it must comply and continue to expel without delay migrants who cross the border with Mexico illegally.

It is a measure which was taken by Donald Trump in the midst of the Covid-19 pandemic and which is maintained on the decision of a judge, appointed by the former American president.

“Title 42” was introduced in the spring of 2020 in the name of the fight against Covid-19, and on the basis of a law dating from the end of the 19th century.

From a time when it was all about protecting the United States from cholera and yellow fever.

It allows for the immediate deportation of migrants without residence permits apprehended at the land borders of the United States.

Exceptions are provided for unaccompanied minors, and certain nationalities such as Ukrainians.

The authorities wanted to lift this very controversial device on May 23, but the Republican governors of 24 states opposing it had taken legal action.

"The administration does not agree with the court's decision"

In his decision, the Louisiana judge agrees with the Republican states that oppose the lifting of this measure, for fear of a sharp increase in the number of border crossings.

It's a setback for Joe Biden as the midterm elections approach.

The Democratic administration, however, claimed to be able to manage the influx of migrants that the lifting of this measure would have caused.

The US government has announced that it will appeal the judgment.

," Karine Jean-Pierre, spokesperson for the executive, said in a statement. specifying that in the meantime, the measure called "Title 42" would continue to be applied.

For their part, human rights activists and experts consider “Title 42” to be a violation of international law.

In particular, they consider it “

” to prevent a potential asylum seeker from making such a request.

The current system only encourages migrants to cross the border clandestinely and to take ever-increasing risks to get there, crossing hostile deserts or rivers conducive to drowning.

A total of 557 deaths were recorded on the US-Mexico border in 2021, by far the deadliest year since records began.

Since the measure took effect in March 2020, US authorities have used it more than 1.8 million times.