Finalists last season, Toulouse and La Rochelle play big during the 25th and penultimate day of the Top 14, this weekend, which will allow to see more clearly in the fight for the final phase. 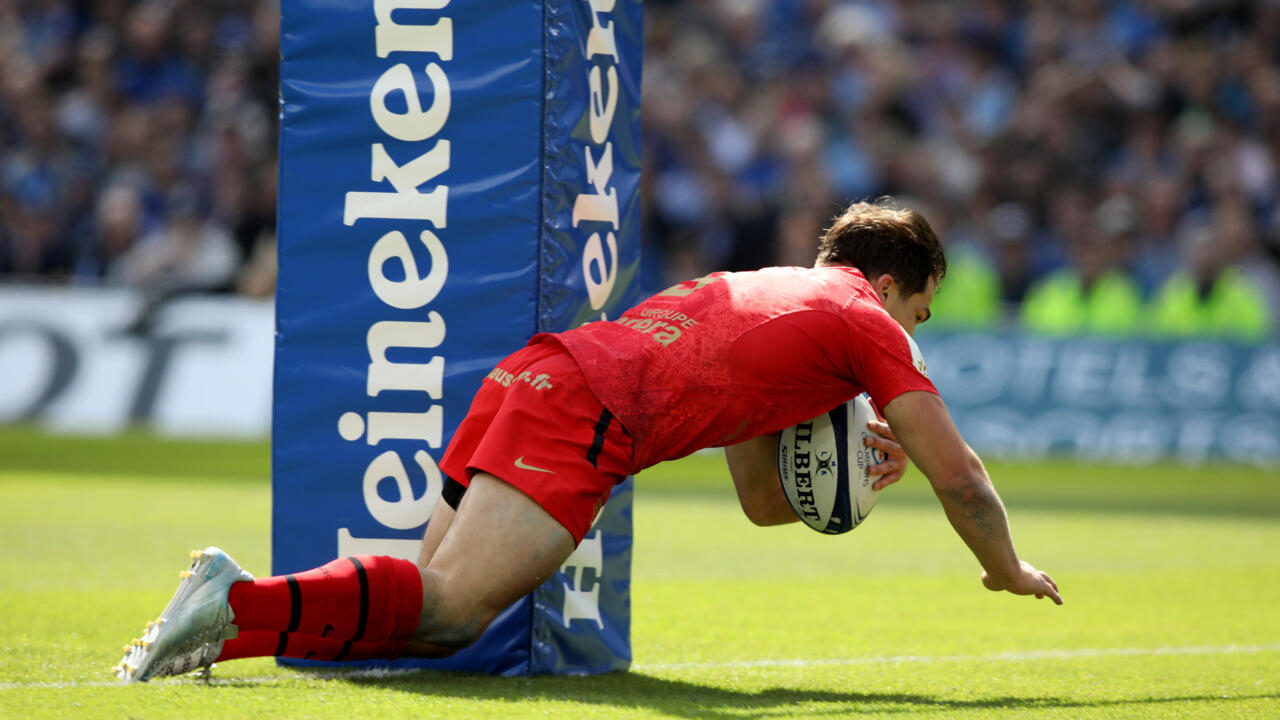 From Montpellier (1st, 69 pts) to Toulon (8th, 59 pts), there are eight of them fighting for a place in the six, starting with the defending champion from Toulouse (6th, 62 pts) and the double European finalist from La Rochelle ( 7th, 62 pts).

The Rouge et Noir travel to Brive and the Maritimes receive Stade Français, with almost zero room for manoeuvre.

Toulouse coach Ugo Mola, before falling against Leinster (40-17) last week in the last four of the European Cup, had spoken of "thermal shock" to anticipate the return to current affairs in the league.

He was referring to the difference in intensity in the game between the two competitions but also to the change of scenery that awaits his team on Saturday in Brive.

After a tour of popstars -- "There is only Ed Sheeran at the moment who makes more people than us", according to Mola -- between the Toulouse Stadium, the Marseille Velodrome and the Aviva Stadium in Dublin , twice, the rural setting of the Amédée-Domenech stadium could be an appreciable invitation to stroll.

The accounting situation of the reigning French champion, 6th with 62 points and under the direct threat of La Rochelle and Toulon, will not allow him the slightest relaxation in Corrèze.

"We will not rotate because we cannot afford to rotate".

"No more room for error"

Eliminated from the European Cup, Toulouse will be able to give one last push before taking a breather next week.

A luxury that neither Stade Rochelais, qualified for its second consecutive continental final, against Leinster, nor Toulon and Lyon (5th, 63 pts), who will compete for the European Challenge, will have.

Currently on the doorstep of the top 6, the Maritimes, already deprived of their New Zealand scrum half Tawera Kerr-Barlow and their powerful Australian second line Will Skelton, could play with the handbrake against Stade Français (11th, 50 points), which has nothing more to hope for this season.

Toulon faces a team from Pau in the same situation (10th, 50 pts) but a far more perilous trip awaits the Lyonnais at second in the standings, Bordeaux-Bègles (67 pts).

“The end of the season is thrilling!”, assures AFP the international scrum half of LOU Baptiste Couilloud.

"For a while now, the weeks have had the flavor of the final stages. We know that we no longer have the right to make mistakes. These are the best weeks to live. We take advantage of them."

"The Top 14 is the school of humility. The second you think you're better than the others or that you do a little less than the others, you've lost. It doesn't matter "opponent, the classification, it is the reality of this championship, I hope that we have it in mind", assured the captain of the UBB Mahamadou Diaby.

"The last two days, for rugby fans, it's popcorn: we sit down and watch or we come to the stadium and it's going to be crazy," he continued.

The leader, Montpellier, beaten in its last four outings in all competitions, was able to cut while its weekend opponent, Racing 92, lost a tough match in the semi-finals of the European Cup against La Rochelle (20 -13).

"We have to make sure to digest quickly because we have two matches left to be able to compete for a title and replay the Champions Cup", warned the director of rugby in the Ile-de-France Laurent Travers.

"It's an injured animal but they are leaders of the championship: they have bet everything on the Top 14. We know that it will be very difficult but it is this kind of match that will allow us to evacuate this disappointment and this frustration" , added the leader of Racing, who has lost only one of his last six matches against the Héraultais.

Detached for a long time already from all European obligations, Castres, despite its third place (67 pts), advances in the shadows.

Which is not to displease him.

With a rather favorable schedule on paper – reception of Perpignan at the Pierre-Fabre stadium, where they have not lost since December 2020, and trip to Pau –, the Tarnais will probably not be able to hide for long.