The trial of November 13 enters, in pain, in its last straight line

The direct and indirect victims of the attacks of November 13, 2015 had been numerous to testify last autumn before the special assize court of Paris, but many had not been able… 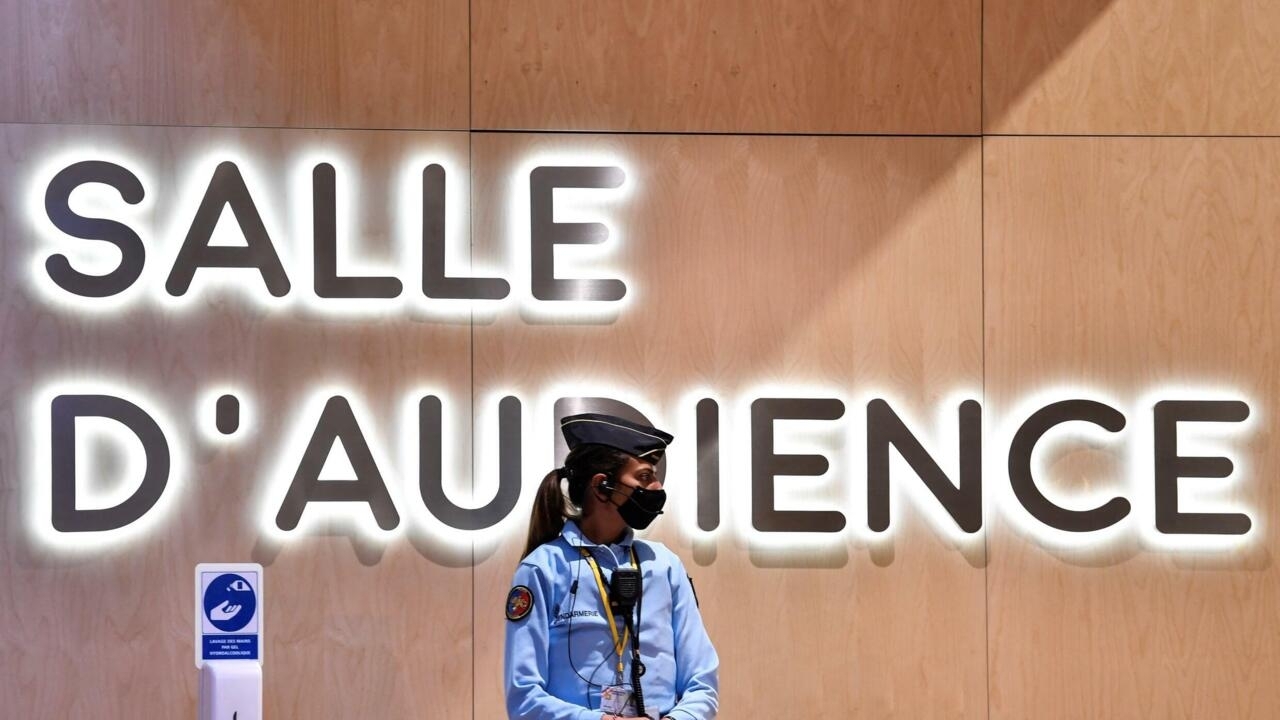 The trial of November 13 enters, in pain, in its last straight line

A gendarme in front of the courtroom built for the trial of the attacks of November 13, 2015, at the Palais de Justice in Paris, September 8, 2021. AFP - ALAIN JOCARD

The direct and indirect victims of the attacks of November 13, 2015 had been numerous to testify last fall before the special assize court of Paris, but many had not been able to do so.

Before the start of the pleadings on Monday May 23, they again paraded at the bar.

At first glance, one could have thought of a step back.

During two weeks of hearing – interrupted by the discovery of a new case of Covid-19 in one of the defendants – the special assize court was again able to measure the extent of the suffering sown this evening of November 2015 What more could one say, hear?

Some, moreover, asked themselves the question at the bar.

But the direct and indirect victims of these attacks are particularly numerous: there were 1,800 civil parties at the start of the trial, they are nearly 2,500 today, represented by more than 300 lawyers.

Not all had had the opportunity to express themselves or did not want to do so at the time and it was important to hear them.

Somewhere, it set the record straight

We heard the victims at the start of this trial and then we became interested, and that's normal, in those who are in the box, those who are judged.

It was therefore very important to listen to the victims again, to return at the end of the trial to what they were there for.

The harm they did to those who came to the stand.

This last week was particularly marked by the testimonies of two of the members of the Eagles of Death Metal.

, came to assure Jesse Hughes, the charismatic singer of the group who was performing at the Bataclan at the time of the attack.

But it is above all hundreds of anonymous people who have followed one another.

More than 400 have testified since the beginning of this trial.

The horror of that evening, they told in detail.

The court was with them on the Parisian terraces, at the Stade de France, in every corner of the Bataclan hall.

They talked about how it felt to the body to take one or more Kalashnikov bullets.

There's been talk of severed arteries, bullets bouncing off bones that don't explode femurs on impact because they've already gone through several bodies.

So much for the visible scars.

There are also the others,

these inner wounds which, six and a half years later, still cause pain

What we will remember from this trial historically are the weeks of testimony from the civil parties,

That society, the State, everyone realizes the importance of post-trauma.

We are an ultra-minority, we are no longer at the time of an age group traumatized by the world wars or the wars of decolonization.

We are just a few thousand in the middle of tens of millions, and there are plenty of things to improve

a verbal weapon just before the pleadings

He himself experienced significant professional difficulties, like many survivors.

The empathy of the world of work vis-à-vis the victims quickly faded.

The understanding of colleagues, relatives, friends, spouses, has worn out.

Many couples broke up over the tears of November 13.

I am not in the dock, but I live locked up with my guilt

And then there are the dead.

One hundred and thirty people lost their lives on November 13, 2015 and in the days that followed.

a survivor killed himself

Two years later, he was recognized as a victim of the attacks.

The balance sheet is getting heavier

" is the established formula.

And hearts were heavy when the courtroom learned on May 5 that a 35-year-old mother of two had also committed suicide in November.

In the middle of a trial.

During these testimonies at the bar, there was also much talk of guilt.

Not the one that justice delivers in the solemnity of an assize court.

What the victims feel is a more perverse poison.

The guilt of survivors.

Why me when I am no longer able to fully enjoy life?

When Félix appears before the court, an adjective comes to mind: “

At any moment, it seems ready to collapse.

For three years, he had no memory of the Bataclan.

A frequent phenomenon of dissociation, a way for the human brain to protect itself after trauma.

He continued to live his life, almost as before.

But like after a drunken evening, with a hangover and "

the feeling of having done something stupid

And then he saw a psychiatrist, and he remembered that night of horror.

My body was on autopilot.

In this kind of situation, one would like to be a hero, it was not at all the case.

To get out, I jostled, I trampled, everything that got in my way.

I am not in the dock, but I live locked up with my guilt.

President Jean-Louis Périès came out of his reserve to remind him that he was a victim of these attacks, nothing else.

Finally, we have often heard the survivors say that they had to mourn the person they were before.

Relatives also talk about this son, this sister they no longer recognize, the fear of not answering the phone the day he or she will have dark thoughts.

It has to end

Monday, May 23, this river trial will enter its home stretch with the start of the pleadings.

The civil parties are waiting for this to finally end, for a verdict to be issued and to be able to turn a page.

It's going to be important, I like the verb

But we are already apprehending the civil party lawyers who have barely followed the trial and who are going to speak for one or two clients, make their case a little off the mark.

We spent so much time listening to experts who didn't know the case, people who had nothing to say.

It has to end, we are exhausted.

To avoid this pitfall, some 330 civil party lawyers have organized themselves to plead in a coordinated manner.

Some have given up pleading, others will do so thematically.

,” explains Me Frédérique Giffard, who represents around twenty civil parties.

Obviously, our concern is that individualities are not drowned in the mass and to avoid this tragic irony that in addition to the magnitude of the number of victims, their particular history is barely addressed.

So we thought about finding what is common in their stories.

We tried to find themes, there is a solidarity group, the victim's journey after the attacks, a group that will talk about the meaning of the trial...

", specifies Me Antoine Casubolo Ferro who will plead with him for the neighbors, the passers-by, who, without being recognized as victims of the attacks, plunged into horror while assisting the wounded or the survivors.

Then will come the time for the indictment, the prosecution will say what it holds against each of the accused and the penalties it is asking for.

The defense will as it should have the last word.

The time for the verdict will finally come, expected for June 29.

It will probably not be an end point, but a stage, certainly, for the reconstruction of the victims.