Rally Portugal: Evans still in the lead at midday

Briton Elfyn Evans (Toyota) was still the leader of the Rally of Portugal, 4th round of the World Rally Championship (WRC), after the three specials run on Saturday morning in the regions… 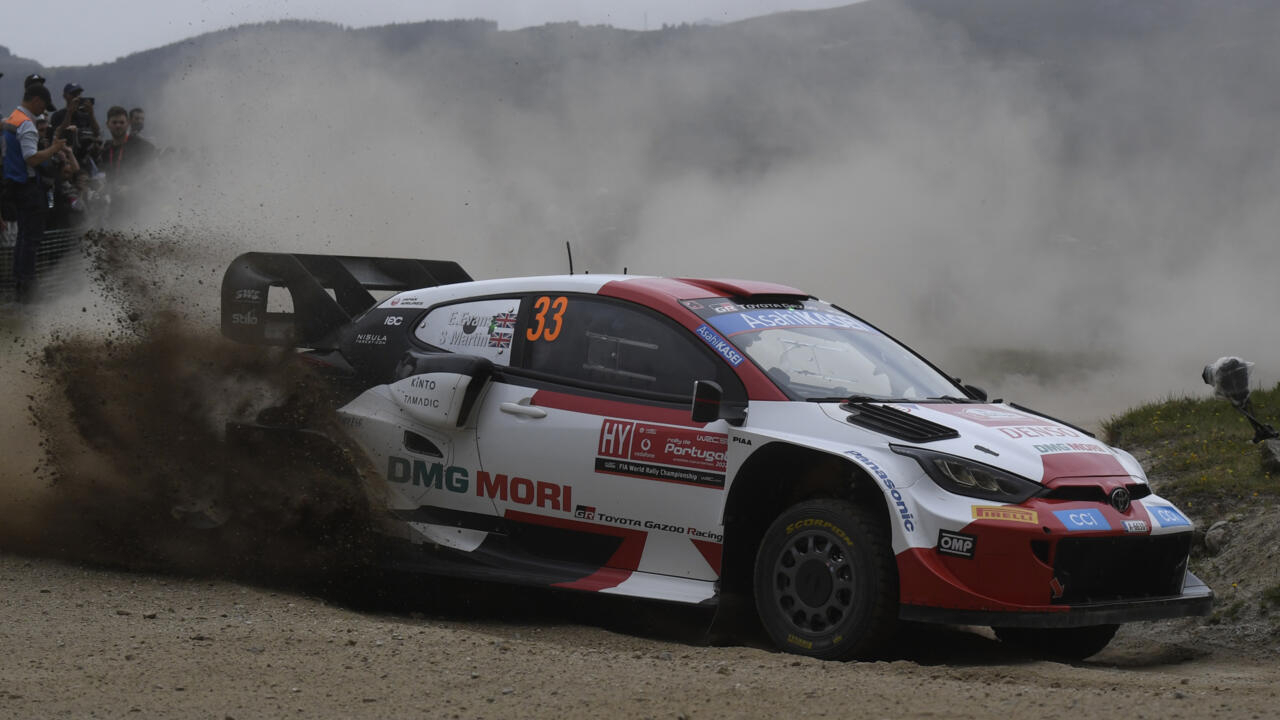 The 33-year-old driver, winner on Portuguese roads in 2021, won two of the three morning stages and consolidated his lead over his pursuer, the Finnish Kalle Rovanperä (Toyota), to 18.4 seconds.

Loeb, 48, a nine-time world champion and "freelancer" for the M-Sport Ford team in Portugal, experienced "a technical problem in SS11" and "will retire for the day", M-Sport said on Twitter.

The day before, the Alsatian had already had to retire after hitting a safety wall on SS5, when he was leading the rally.

Sébastien Ogier (Toyota), eight-time world champion who is doing a freelance with the Japanese manufacturer, was also trapped in SS11.

The Gapençais, reigning world champion, landed in the ditch at the exit of a bend before managing to get out of his Yaris unscathed like his co-pilot.

"Ogier and Benjamin Veillas are doing well," Toyota said in a tweet.

The 38-year-old managed to get his car off the side and was finally able to finish SS11, but with a very significant delay.

He also took part in SS12, the last special of the morning, but no longer has any chance of winning in Portugal.

Sébastien at the wheel of his M-Sport Ford during the 10th special of the Rally of Portugal in Vieira do Minho, May 21, 2022 MIGUEL RIOPA AFP

On Friday, he ended his day with a retirement after having a puncture for the first time on SS6 and then again on SS7.

After three rounds of the championship contested on asphalt and snow, the WRC returns to its favorite surface in Portugal, gravel.

Based in Matosinhos, near Porto, this fourth event offers fast and technical dirt roads in the center and north of the country, dusty during the first passages, brittle and uneven later.

On Saturday, the drivers will still have to cover a loop of three specials without mechanical assistance in the regions of Braga and Porto (north), before a timed stage on a 3.3 km urban route in Porto.