The Central Committee of Sudan Doctors said that a demonstrator was killed and 40 others were injured today, Saturday, after security forces tried to disperse a demonstration in the city of Omdurman, west of the capital, Khartoum. 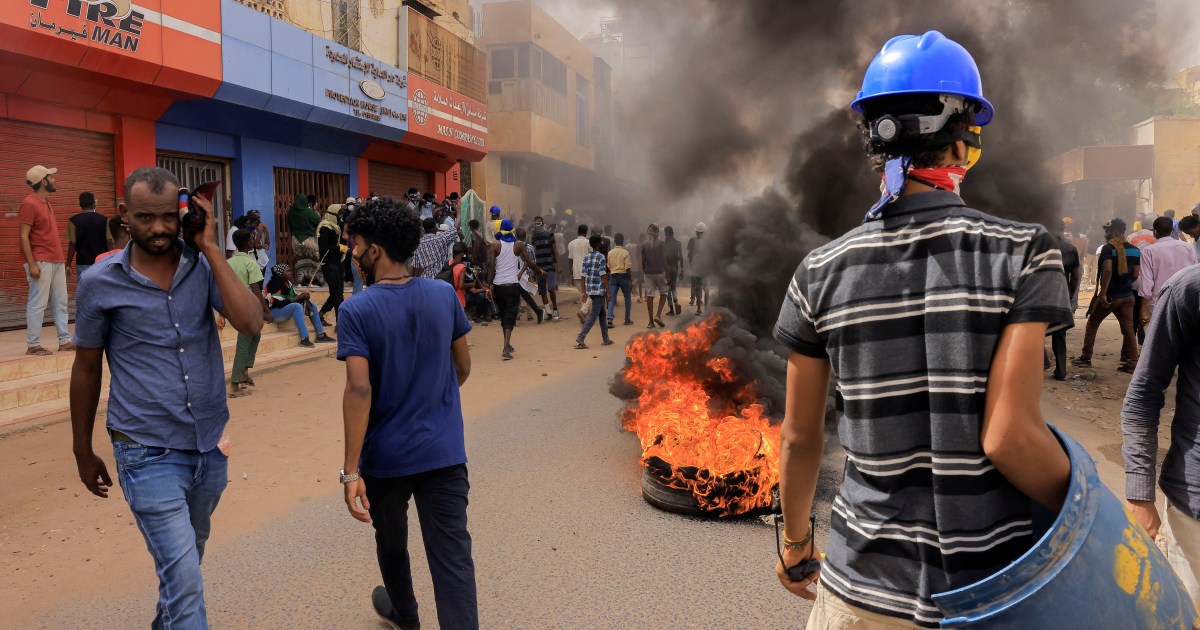 The Central Committee of Sudan Doctors said that a demonstrator was killed and 40 others were injured today, Saturday, after security forces tried to disperse a demonstration in the city of Omdurman, west of the capital, Khartoum.

The Sudanese police forces fired tear gas canisters to disperse the demonstration, which demanded the removal of the military from power and the establishment of civilian rule in the country.

The security intervention came after hundreds of demonstrators gathered in the streets of Omdurman to protest against what they described as the military coup carried out by Army Commander Abdel Fattah Al-Burhan last year.

The Central Committee of Sudan Doctors said in a statement, "A little while ago, the soul of a martyr, whose data has not yet been confirmed, died in the processions of the city of Omdurman, after he was shot in the chest, likely with a shotgun."

The committee stated that, by doing so, "the total number of martyrs of our people that we have counted increases to 96" during the protests that have taken place regularly since the army commander announced last October military measures that disrupted the transitional phase law and established the army's hegemony over power.

According to the committee's statement, the demonstrations in Omdurman were subjected to excessive repression with live bullets, shotguns, sound bombs, and direct targeting of tear gas canisters at the protesters' bodies.

The statement stated that "the coup forces used a large number of shotguns today to disperse the demonstrators," which caused the death of the person.

In the center of Khartoum, security forces fired tear gas at demonstrators in the Berri neighborhood after they protested the killing of a protester in Omdurman.

The Sudanese security forces fired tear gas at the demonstrators to disperse them, while the demonstrators blocked the main streets in the neighborhood with concrete stones in protest against the killing of the protester.

The United Nations, along with the African Union, is seeking to facilitate talks between the Sudanese parties to resolve the crisis.