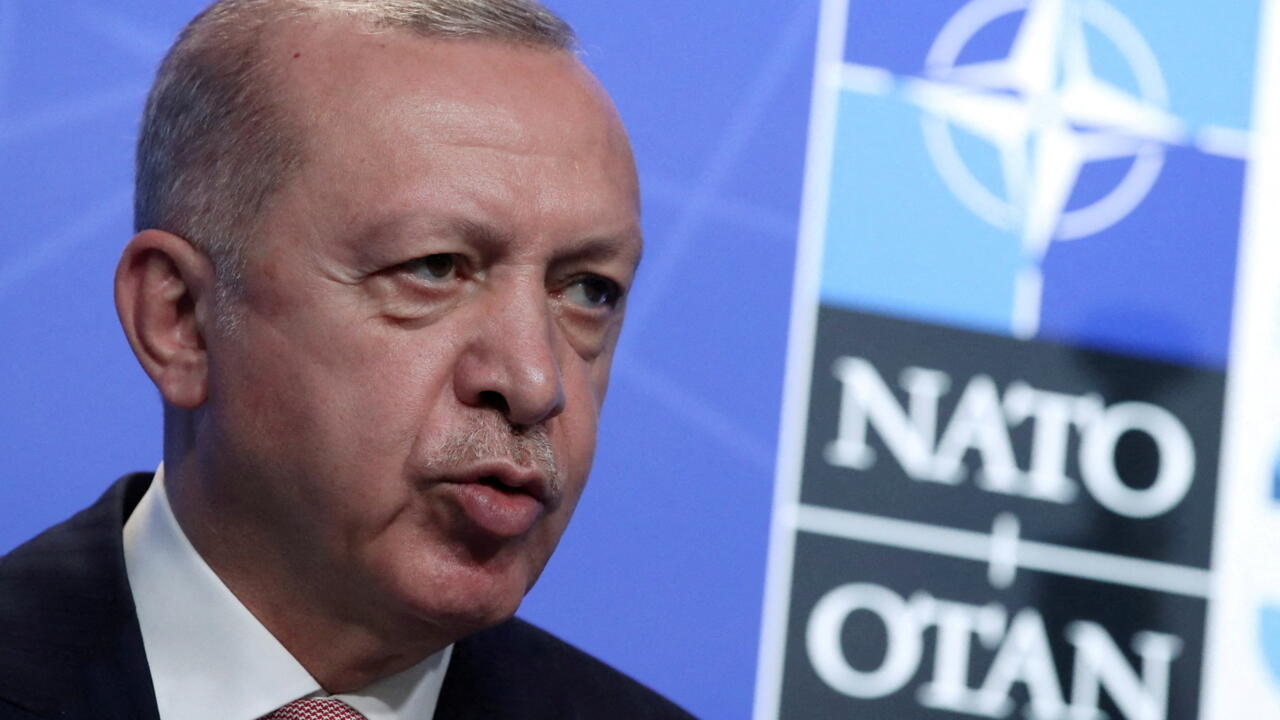 Turkish President Recep Tayyip Erdogan had his first telephone talks on Saturday May 21 with Swedish Prime Minister Magdalena Anderson and Finnish President Sauli Ninistö as well as with NATO Secretary General Jens Stoltenberg, since the start of the open crisis between Ankara and these two countries, regarding their joining the Atlantic Alliance.

It's still no for Sweden, but Turkey seems more conciliatory towards Finland joining NATO.

The soap opera has already been going on for a week: while, against a backdrop of war in Ukraine, Sweden and Finland have officially submitted their application to join NATO, Turkey has come to play the spoilsport.

to oppose their candidacy.

The phone calls were expected, but they have not changed the situation much so far,

This Saturday, May 21, Turkish President Recep Tayyip Erdogan spoke with the Swedish Prime Minister and then with the Finnish President.

If the Nordic countries have welcomed a direct dialogue, Turkey remains firm on its positions: there is no question for Sweden and Finland to continue to be so lenient with the members of the PKK, the Kurdistan Workers' Party, considered terrorist in Turkey and in the European Union.

Many members would have taken refuge there for several years.

In a statement issued just after the call with Ms. Anderson, Recep Tayyip Erdogan said "

expect Sweden to take concrete and serious measures, showing that it shares Turkey's concerns about the organization terrorist of the PKK (the Kurdistan Workers' Party, editor's note) and its extensions in Syria and Iraq

It also asks Stockholm to "

" on arms exports to Ankara since October 2019, following military operations led by Turkey in northern Syria and Iraq against PKK positions and of its Kurdish allies in the YPG, supported by the United States against the Islamic State organization.

President Erdoğan noted that Türkiye could not have a positive view on Sweden and Finland's NATO membership so long as these countries did not show that they would be in solidarity with Türkiye concerning fundamental issues, combating terrorism in particular.

The dialogue with Finland seems to be progressing more

At the end of this first meeting, Mr. Erdogan also exchanged with his Finnish counterpart, in an apparently more conciliatory mode.

According to the presidency, he asserted "

I underlined that as allies within NATO, Finland and Turkey would be committed to each other for their security and that their relations would be strengthened

Finland condemns terrorism in all its forms.

An open and direct phone call with President @RTErdogan.

I stated that as NATO Allies Finland and Turkey will commit to each other's security and our relationship will thus grow stronger.

Finland condemns terrorism in all its forms and manifestations.

Sweden and Finland thought they would be welcomed with open arms into NATO, breaking with their policy of neutrality.

But in view of the negotiations that have been taking place for a week, their hopes have been lowered.