Intensive diplomatic moves.. Erdogan informs NATO of his rejection of Finland and Sweden's membership application and stipulates that it be accepted

The Turkish President informed the Secretary-General of NATO that Ankara refused to request Finland and Sweden for membership in the alliance unless they cooperated on terrorism and other issues, and Erdogan today made phone calls to the leaders of Finland and Sweden to clarify his country's position. 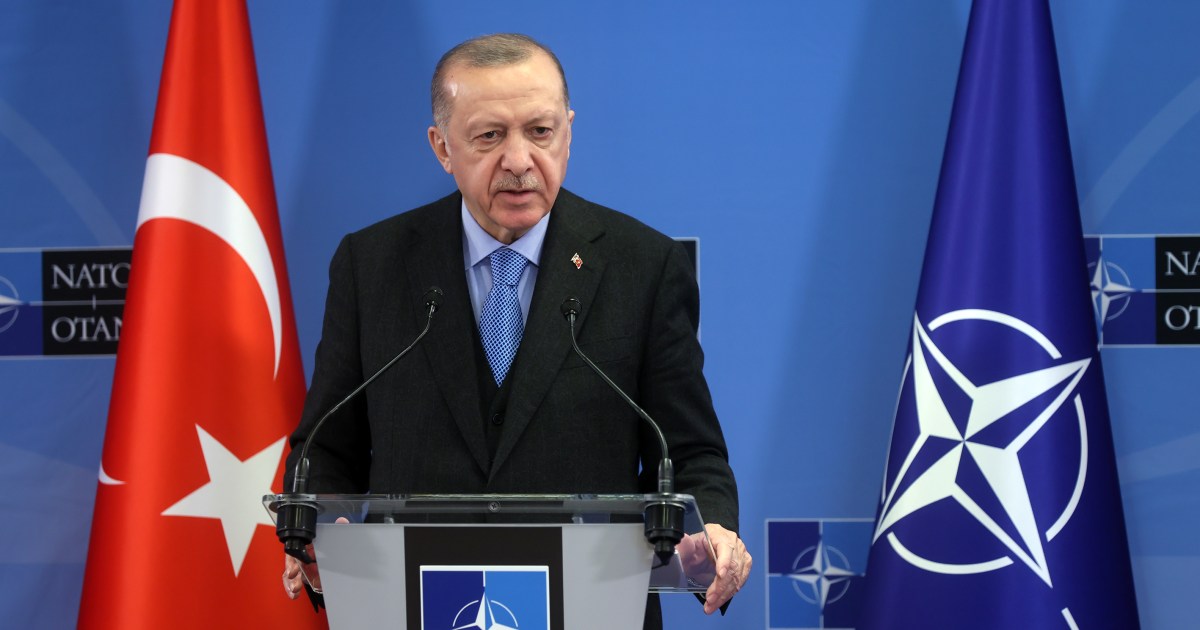 Today, Saturday, Turkish President Recep Tayyip Erdogan informed NATO Secretary General Jens Stoltenberg that Ankara refused to request Finland and Sweden for membership in the alliance unless they cooperate on terrorism and other issues. Erdogan today made contacts with the leaders of Finland and Sweden to explain his country’s position on the request of the two European countries joining NATO.

The Secretary-General of NATO stated that he told the Turkish president in a phone call that "the security concerns of allies must be taken into account," adding that dialogue with Ankara will continue to find a solution, in light of Turkey's objection to Finland and Sweden's membership application because of its support for political organizations that Ankara classifies as terrorist groups. .

Stoltenberg added that he discussed with Erdogan the importance of NATO's open-door policy, in reference to the alliance's efforts to expand the list of its member states, which currently includes 30 countries.

In the same context, the Turkish presidency said - today, Saturday - that President Erdogan made a phone call with Swedish Prime Minister Magdalena Anderson, in which they discussed relations between the two countries and Sweden's request to join NATO.

While Erdogan welcomed the NATO's open-door policy, he expressed his concern about the presence of terrorist organizations such as the Kurdistan Workers' Party, Kurdish units, and the Fethullah Gulen group in Sweden. The Turkish president expressed his hope that Sweden would take practical steps to demonstrate its understanding of Turkey's security concerns, calling Sweden to "end its political and financial support for terrorist organizations and hand them over weapons."

Erdogan also called on Sweden to stop the arms embargo imposed on Turkey since the "Peace Spring" operation carried out by the Turkish army in northern Syria in 2019.

Finnish President Sauli Niinisto said he had "frank and direct" talks with the Turkish president on Saturday to discuss Finland's bid to join NATO. The Finnish president added that he told Erdogan that Helsinki condemns terrorism in all its forms and continues to have a close dialogue.

"I made it clear that NATO allies Finland and Turkey will be committed to each other's security, so our relationship will grow even stronger," Niinistö wrote on Twitter after the call with the Turkish president.

The Turkish presidency said - in a statement - that Erdogan told his Finnish counterpart in the phone call that "tolerance of terrorist organizations that pose a threat to a member of NATO is incompatible with the spirit of the alliance," and the statement added that Turkey "expects its respect and support in its battle against terrorist organizations that threaten its national security and its people.

Finland and Sweden submitted a formal application to join NATO last Wednesday, in a move motivated by the repercussions of the Russian war on Ukraine.

Of all NATO members, Turkey was the only country to object to Finland and Sweden's membership application, because they hosted individuals linked to the Kurdistan Workers' Party (PKK) and supporters of Fethullah Gülen, whom Ankara accuses of masterminding the failed coup attempt in Turkey in the summer of 2016.

Despite Ankara's objection, NATO officials expressed optimism about Finland and Sweden joining the alliance soon, and for a country to join NATO, the approval of all member states must be obtained, including its approval in the parliaments of these countries.